In 1946, a 9-year-old boy first stepped foot into the Polo Grounds in Manhattan, home of baseball’s New York Giants.

While the Giants moved to San Francisco following the 1957 season, that boy – now Quinnipiac Professor Larry Levine, still has an enormous passion for the game of baseball. 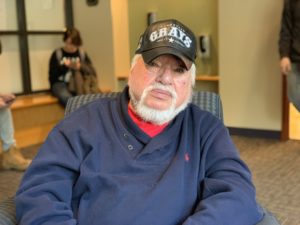 [/media-credit]Although he primarily teaches psychology classes, he currently teaches a baseball history course at the university – a course that allows Levine to share his love of America’s pastime with students here at Quinnipiac.

But to understand Levine’s love for the game, one must know the roots of that love.

Much like many young men, his father passed down his love for baseball to him at an early age.

“Baseball was always discussed in the family,” Levine said. “When my father was around, that was the way we communicated. My love of the game preceded the first time I went.”

Levine described how his father, despite being a skilled baseball player, did not pass those particular skills down to him.

“He was a great catcher,” Levine said. “The guy who he replaced, who was considered to be his inferior, went on to play for the Yankees. So my father passed on his love of the game to me. Unfortunately, he did not pass on his ball-playing genes. So even though I tried, I became a scrub catcher.”

Despite not becoming the skilled baseball player his father was, this did not hurt Levine’s love of baseball.

The love that Levine’s father passed down to him was also a love of a specific team – the New York Giants. However, when a young Levine first began to follow the team closely, he did not witness many victories.

“‘46 was the first year I actually followed the game closely, and much to my chagrin, my team finished dead last,” he explained.

Levine joked about how the team’s bad fortunes coincided with his beginnings as a fan.

“I figured, ‘That’s it, God is repaying me for whatever sins a 9-year-old kid has engaged in,” he said. “It got a little bit better than that. Not much. Not until 1951, which was the greatest year in the history of baseball.”

Levine already loved the team and the game, but it was his first experience of attending a game at the Polo Grounds that left him amazed at what his eyes witnessed.

“The first time you go to a major league game and see the expanse of green, it was just mind-boggling,” he said. “And then you see the players that you hear described… with their crisp white uniforms… it was nirvana. And you sit there in awe of what you see.”

As mentioned, Levine was fortunate enough to see the Giants’ fortunes turn for the better in 1951, when the team secured the National League pennant over the archrival Brooklyn Dodgers. Levine described what he calls his top baseball memory – Giants player Bobby Thomson’s game-winning home run to win the pennant.

“The Giants, who were used to losing and who finished last in the first year I ever seriously rooted for them, here they are on the cusp of winning a pennant – and they came back from such a deficit in the 1951 season to tie the Dodgers,” Levine explained. “The Dodgers, next to the Yankees, were the most hated team around. So now you go to a three-game playoff, and they’re losing four to one in the ninth inning, and the tears are coming out… I’m ready to throw things against the wall. And here [Thomson] does this miraculous thing.” 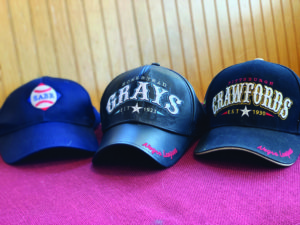 [/media-credit]That day, Levine – despite his best protests – was forced by his mother to attend school, rather than watch the game.

“I was watching the game on television… I actually had to go to school that day – much to my objection,” he said. “‘Mom, the Giants are playing the third game of the playoffs! I can’t go to school.’ But I had to go. But I got back in time… I cut my last two classes. So I did watch the last three innings of the game.”

When the Giants moved to San Francisco, Levine explained that he was no longer able to follow the team, as there was no cable or internet at the time.

Levine left New York to attend Penn State University shortly before the Giants moved west. When he returned, he set out to find a new favorite team.

Despite being from The Bronx, Levine could not bring himself to root for the ‘hated Yankees.’ It was through a psychological principle that he was able to find a new team to root for.

“It took a few years, but there’s something called balance theory in social psychology, which is my field, and it essentially says, ‘The enemy of my enemy is my friend,’” Levine explained. “Who hated the Yankees as much as I did? The Boston Red Sox. Okay, I’m going to be a Red Sox fan. That’s how that happened.”

Levine still roots for the Boston Red Sox to this day, but admits that there is still a small place in his heart for the Giants.

So what brought Levine to teach a course in baseball history at Quinnipiac?

“One of my avocations is American history,” he said. “The history of baseball class is a subversive class. It’s subversive because, for whatever reason, a lot of students do not like American history. And I think that’s criminal.”

Levine explained that getting to teach students American history – and baseball’s place in it – is what he enjoys most about the class.

“You can’t talk about baseball without talking in the context of American society,” Levine said. “So you hook them with baseball and slip in the history through the side door.”

Junior business management major Steven McAvoy, a student in Levine’s baseball history course, relishes the opportunity to combine two of his favorite topics into one class.

“Unlike most, I actually like American history,” McAvoy said. “So being able to link one of my favorite high school subjects with one of my other great passions in life is something that you don’t get to do that often.”

Levine said that this semester will be his last teaching the class, and after he teaches a psychology class in the fall, he will enter into retirement.

When asked what his retirement plans are, Levine responded in a simple, yet humorous tone.