Did you expect anything less? 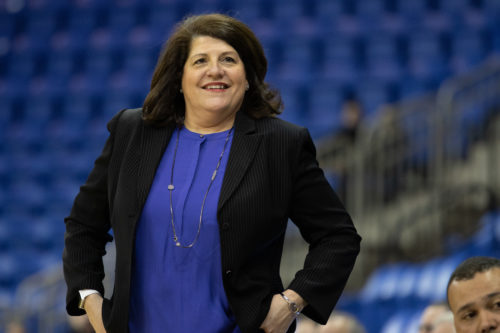 As the Quinnipiac women’s basketball team erased an early 16-point deficit, capping the comeback with a decisive 17-0 run in the second half to defeat Rider on Feb. 21, it secured a title that has rightfully remained in Hamden for the past five seasons. 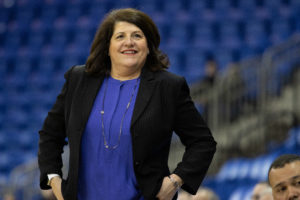 [/media-credit]The Bobcats dominance of the conference has been nothing shy of extraordinary.

Over the past five seasons, the Bobcats are an unbelievable 104-7 against MAAC opponents.

To find the last time the Bobcats fell to a MAAC opponent, you’d have to flip back two calendar years to Feb. 2, 2017 against Fairfield.

They have won 47 straight against MAAC opponents, which has culminated in three MAAC tournament championships.

So, when head coach Tricia Fabbri was asked if her senior class, consisting of forwards Jen Fay, Paula Strautmane, Aryn McClure and guards Edel Thornton and Brittany Martin was her greatest ever, the answer was easy.

“There is no doubt,” Fabbri said after the Bobcats 78-66 win against Marist on Saturday. “Because of the postseason wins that we’ve had and not only the amount of wins. I’d even want to put an asterisk with that because of the quality of non-conference scheduling that we’ve played.”

This current Quinnipiac team has been tested as much this season as any other, as Fabbri emphasizes a strong out of conference schedule to have her team battle tested come MAAC play.

This year, the Bobcats squared off opponents such as No. 10 Texas and No. 18 Missouri in preparation for another run through the MAAC and into the NCAA tournament.

Tests like those prepared them to come back against Rider when they found themselves trailing 27-11 after the first quarter. It also helped them defeat a quality Marist team on a short turn-around.

“Both [Rider and Marist] are really good and very different styles [of basketball],” Fabbri said. “I thought we managed both very well this weekend.

“I’ve never seen a team be so mentally tough all season long. It’s incredible to see how well they handle every difficult situation. It really is checking a lot of boxes of a championship caliber team.”

And as the regular season draws to a close, the focus for the Bobcats is on themselves.

Both McClure and Fay said that the team needs to focus on cleaning up the little things and the “X’s and O’s” that influence winning, before looking ahead to the MAAC tournament.

“We know we’re going to get every team’s best shot,” Fay said. “We prep no differently for [Rider or Marist] than anyone else.”

The Bobcats close out the regular season with matchups against Manhattan and Siena, two teams that they handled relatively easy the first time around this season.

From there, it’s onto the Times Union Center in Albany, where they will try to remain perfect in the MAAC for the second consecutive season.

With the regular season championship already in the bag, the Bobcats dominance of the MAAC, especially with this senior class, requires just one more stretch run.

“It’s family atmosphere,” Fay said of her time at Quinnipiac. “I’ve been playing with [McClure] since high school so to succeed in high school and to come here and win even more, it’s been a great ride.”