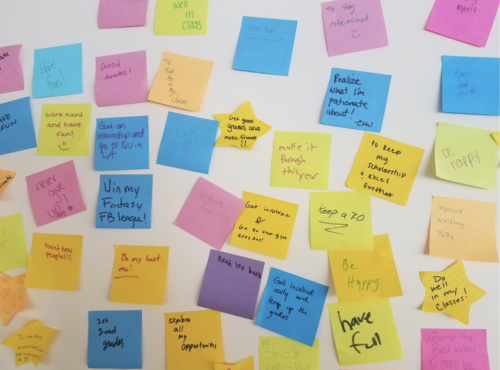 Whether you’re a student looking for guidance or a student who’s willing to offer that guidance, there’s a new program within the School of Communications that can fulfill that need. 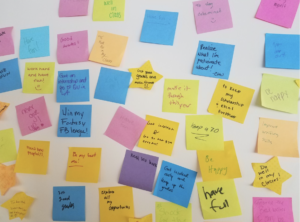 [/media-credit]A large number of first year students have been getting help from peers in the School of Communications’ [SoC] new peer mentoring program. The program has been running since the beginning of the fall semester in 2018 and will proceed until the end of the spring semester.

The program was suggested by Kirby Paulson, a senior journalism major, who said that there is more to college than simply the academics.

“I’ll graduate here with a journalism degree, but the value of that degree also has to do with what you’re involved in,” Paulson said. “What extracurriculars you had, what experiences you had at the university, and that’s what we want to be able to do is raise that value of that degree.”

This program invites students to take on a leadership role at the university by supporting  new students who study within the School of Communications. Paulson participates as one of six peer mentors who assist students during their first year at the university.

“We like [peer mentors] who are informed and involved, people that really understand not just the inner workings of the School of Communications, but the university as well,” Paulson said. “We view this almost as a pipeline of leadership development, an understanding of higher [education] and to continue to support students and build them up not just academically, but as individuals as well.”

Lauren Heery, a senior graphic & interactive design major, said that her experience as an orientation leader motivated her to become a peer mentor.

“I saw it as an opportunity to continue helping prepare new students for their college experience, which was something I grew to love through orientation,” Heery said. “We get to build relationships with the students and help them behind to carve their path at QU.”

Heery encourages students in the School of Communications to take advantages of the resources this program has to offer.

“We’ve been hard at work, working to make the peer mentor program somewhat of a household name in SoC, and encouraging students of all years to take advantage of the services we offer,” Heery said.

Reinhart said that the program works a little differently between the fall and spring semester. While the peer mentors start out sitting in COM 101 courses with first year students to guide them through their first semester, the second semester branches out more to the university as a whole.

Students are welcome to meet with peer mentors in CCE 144 to talk about anything they need help with throughout the school year.

“[The peer mentors are] in the classroom, they’re acting as kind of a peer catalyst with the instructor and to aid the students and they also have weekly peer mentoring hours. Students can walk in [CCE 144] and get some advice and ask questions and be guided,” Reinhart said.

Reinhart said that by spring semester, the peer mentors are given the independence to handle the responsibility of one specific area of university life, like helping out with admissions events, recruiting new peers or social networking. Students can still converse with the mentors about their questions and concerns during this time.

Jacob Resnick, freshman media studies major, is one of many first year students who are involved in the peer mentoring program.

“While it wasn’t required of me to make use of the peer mentoring program, I thought it was an harmless and valuable way of supplementing my studies by being able to have one-on-one sessions with another student that has been there and done that,” Resnick said. “It was much more laid back to be able to talk to a student instead of a professor, while still being able to get the same information out of the meetings.”

The School of Communications peer mentoring program provides a valuable experience not just for first year students but for the peer mentors as well, according to Reinhart.

“Part of this is professional development for the peers,” Reinhart said. “I think some of the peers have come with various things that they would like to accomplish, public speaking, being more comfortable talking in a larger group, or being a more independent problem solving and looking to take a challenge or task and really work on it independently and to grow and develop.”

Alex Taglieri, film, television & media arts major is another peer mentor who said that because of her leadership experience with Q30 Television, she realized that she loved being a mentor to new students and helping them acclimate to the school.

“This semester, I am primarily working on putting together training materials for next year’s peer mentors and facilitating the hiring process,” Taliere said. “But overall, being a peer mentor entails being assigned to a COM 101 class and acting as a liaison between the professor and students. Sometimes it’s less intimidating to talk to a student rather than a professor, and the peer mentors would always be happy to help with any questions that students have.”

The entire peer mentoring team will be graduating soon. and because of this the program is searching for students who’d have the passion and capability to be a leader for fall 2019, according to Paulson.

“The best way to be able to do that is to find people that are passionate about helping others and passionate about taking initiatives forward and really being part of a future that’s a lot brighter than it might seem in a world that’s a little bit uncertain,” Paulson said.

Kassidy Berger, freshman public relations major said that she had a very positive experience from the program.

“I think the best part of the program is that the mentors are students who either took the classes you’re taking or know someone who did,” Berger said. “Their passion for helping others is obvious from the beginning of orientation in August. I would absolutely consider being a peer mentor in the future.”

Paulson said that although this program is on its pilot run, the program is already showing success and if it continues to grow and look at initiatives in different and creative ways, the university will be seeing widespread success in the next five to ten years.

“For a student that might come in nervous and not sure what they really want to do, to have that extra support in the classroom, to be able to go and speak with them, maybe that’s what makes a difference,” Paulson said. “If you take five students, and four of them don’t end up coming back but that one stays, for that one student it’s worth it because then we’re able to really introduce them to what makes our community great and that’s something we want to continue to be able to do.”