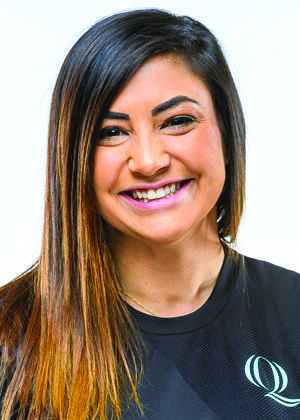 Quinnipiac softball hasn’t had a winning season in Metro Atlantic Athletic Conference (MAAC) play since the 2016 season, and overall since the 2012 season. It’s safe to say that the Bobcats needed a change. That change came on Aug. 7, 2018 with the hiring of Hillary Barrow as the new head coach. 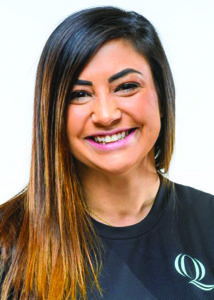 [/media-credit]Barrow comes to Quinnipiac with a goal in mind for her Bobcats: to put Quinnipiac Softball on the map. That goal starts with changing the culture of a team that hasn’t seen a lot of winning over the last several years.

“I didn’t necessarily try to change who they are, I just tried to give them an identity,” Barrow said. “They’ve been great and completely buying in and I think we’re definitely changing the culture here…they just needed somebody to push them and believe in them.”

The team’s quick buy in is something that can be attributed to Barrow taking the time to get to know her team. She does this with team-bonding events off the field. An example would be how the team is having a watch party for this week’s episode of The Bachelor.

“I think what’s important, that separates us as a coaching staff from other coaches is we care about these girls as people, not just as softball players,” Barrow said. “We try to make it different for them, we try to get creative and we try to have fun too.”

The Miami, Florida native has had a love of softball since she started playing at seven years old. Her grandfather taught her the sport and coached her for much of her life. She knew she wanted to play college softball, and was recruited by the University of Central Florida. However, her dream was almost derailed.

In September of her senior year, she tore her ACL. All of the big schools that were looking to recruit her disappeared and gave up on her. She made a quick recovery, coming back in four and a half months, and then-UCF head coach Renee Gillispie watched her play at her first tournament back and made the move to bring her to UCF.

Barrow knows what it’s like to have people not believe in her and to be looked at as an underdog. She learned to look past that and has conveyed that mindset onto her team too.

“I think we truly believe we’re one of the best teams in the MAAC even though they picked us seventh, it makes us laugh,” Barrow said. “We actually laughed about it because we know that we’re going to surprise a lot of people.”

“It was definitely a learning experience,” Barrow said. “We had some ups and downs that year, we were a .500 team, but it definitely made me hungry to win. I’m a winner, I don’t like losing.”

Barrow and the rest of the coaching staff went on to win the American Athletic Conference (AAC) Coaching Staff of the Year two years in a row and were the 2015 AAC Tournament Champions. UCF pitching led the nation that year with a 0.93 ERA.

Barrow’s success with the bullpen carried over to her time with Florida International University (FIU). She worked closely with standout pitcher Shannon Saile who was named Conference USA Freshman of the Year. Seeing Saile’s growth as a person and a player through their work together is one of her proudest moments as a coach, according to Barrow.

The Bobcats are heading into the upcoming season having lost standout pitcher Casey Herzog to graduation, and with some questions about the returning pitching staff.

“I think the girls didn’t necessarily believe in themselves and how good they actually are,” Barrow said. “They needed to know that, ‘you guys are actually pretty good,’ and I think that they trust me and they know it comes from a genuine place.”

Herzog’s shoes will be tough to fill, but Barrow already has a No.1 starter in mind: senior Kendall Brundrett.

“I think the one pitcher for people to watch out for this year is going to be Kendall,” Barrow said. “I don’t think her stats correlate to how good of a pitcher she actually is and I think she’s going to be the sleeper here in the MAAC.”

Barrow also helped recruit the team’s new assistant coach Brooke Scott. Scott had just taken a volunteer job at Texas Tech, but after talking with Barrow, she made her way up north. She knew the love that Scott had for softball, which is something she felt imperative for a division one coach.

The team starts its season with a return to Florida for Barrow at the Madeira Beach Invitational. The team returns home on Wednesday, March 20 for a double header against Central Connecticut State University.

“Come out and support,” Barrow said. “I think everybody’s going to be really excited to watch us play. We are going to be a team that’s full of energy, I think the crowd and our fans are really going to thrive off our energy, they’re going to love being there.”