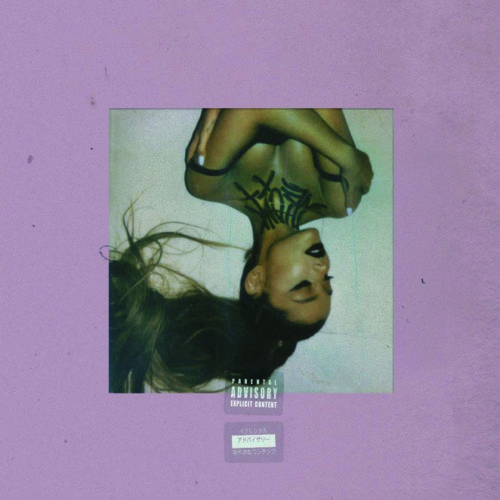 Ariana Grande has released her much-anticipated fifth studio album only a few months after the release of her fourth studio album, “Sweetener.” This album, released on Feb. 8, is called “thank u, next.” 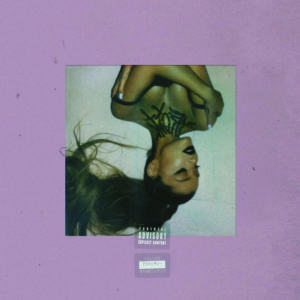 [/media-credit]The “God is a woman” singer has referenced Greek mythology in her past music videos, often positioning herself as Venus-esque figure, the Goddess of love. However, a better comparison would be the Goddess of spring and Queen of the underworld, Persephone. Abducted by the god of the underworld and forced into marriage, she descended into hell for six months every year resulting in the inclination of winter, when she makes her grand return, spring arrives. Imagine a world like that. Forced to descend into the darkness then return on a never-ending cycle. One minute so great, and the next so dark. For Ariana Grande, it’s not that hard to conjure. She has gone through these similar feelings in the past year.

After various bouts of darkness throughout the past two years, such as the death of her ex-boyfriend Mac Miller, the ending of her engagement with “Saturday Night Live’s” Pete Davidson and the tragic terrorist attack that took place at one of her concerts, Grande has been able to mix these troubled times with record-breaking success. One minute so happy and the next so sad. Grande emotes all these feelings and more across a grand beautifully majestic scale.

Grande begins the album with a tinge of melancholy and some low-key vibes, in a song called “imagine.” She contemplates the problems she has in her relationship and how her partner isn’t reciprocating her feelings, “Imagine a world like that/ We could lie until I’m ‘sleep on your chest/ Love how my face fits so/ good in your neck/ Why can’t you/ Imagine a world like that.” It is one of the singers most introspective songs she has ever released. In addition, her vocal performance is one of her finest, utilizing her whistle tones reminiscent of Mariah Carey’s “Emotions.”

From there, she explodes into many other branches of thought and perspective in regard to her love life and the tragedies she’s faced. One of the highlights includes the song “bloodline.” In the songs catchy chorus, she vibrantly sings, “Don’t want you in my bloodline, yeah/ Just wanna have a good time, yeah/ And no need to apologize, no/ But you gon’ have to let this shit go.” Grande explains her feelings about not wanting to feel down any longer, but she has an apparent inability to escape them. The song’s production is some of the albums best, featuring horns creating a thumping beat that keep the track lively while also representing the beating lack of assurance she is bringing forth.

One of the albums low points is the song “7 Rings.” The song concerns Grande flaunting her wealth and how she used that to make herself feel better. The story is that she bought seven rings for herself and one for each of her best friends in the time she was healing. On paper, the song sounds like it could be beautiful and self-empowering. However, that is not how the song came out. It sounds nothing like a song Grande would release. It sounds more like a caricature of someone else. When the song was released Grande received a lot of criticism for the song’s delivery. Many accused her of appropriating black culture. In addition, the track sounds very similar to other songs by Princess Nokia and Soulja Boy. The song feels very out of place on such a strong studio album by such a seasoned pop star.

However, Grande soon redeems herself in quality in the next track, the lead single, titled “Thank U, Next, which earned the singer first number one hit becoming an instant addition to the pop culture lexicon. Millions of memes were created using the songs self-empowering lyrics as well as the songs music video recreating scenes from such iconic movies as “Legally Blonde,” “Mean Girls,” “13 Going on 30” and “Bring it On.” The song is full of lyrics of self-empowerment and how her heartbreaks have turned her into a better person.

“Thank u, next” is Grande’s most cohesive body of work she has put forth yet. The production is slick and defining, while also exuding beauty. The album’s lyrics are Grande’s most personal yet. The talented singer is coming into her own. Through the struggles she has faced, she has come out stronger. She has come out as her own person, assure of herself and who she is. Grande is exiting the world of Persephone and evolving into something of her own making, saying in the the title song, “One taught me love/ One taught me patience/ And one taught me pain/ Now, I’m so amazing/ I’ve loved and I’ve lost/ But that’s not what I see/ So, look what I got/ Look what you taught me.”