Giving the fans what they want 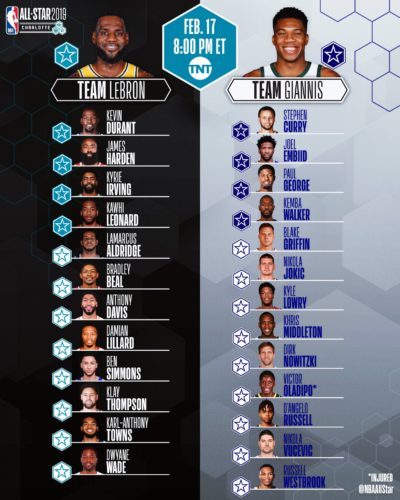 Those two opinions do not necessarily have to accompany each other. Basketball is a sport that I grew up playing at an early age and it has become my favorite pastime as I have gotten older. At the same time, the NBA just so happens to be even more fun for me to watch and talk about. The league has the best basketball players in the world spread out into 30 teams, and fans, like myself, have a chance to watch them almost every night for close to nine months of the year. These are not the only things that set the NBA apart from other popular leagues like the NFL or the MLB. The reason is very short. Four words in fact. 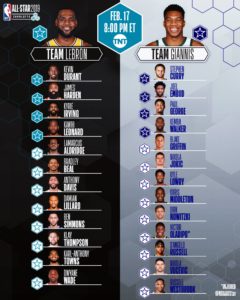 The league knows why fans come to games, watch the NBA on TV and argue about it on all social platforms. They understand the main draw to fans is the players. Everything else is secondary. NBA Commissioner Adam Silver and the league head office want players to have social media and athletic brands, sneaker deals, likeness in video games and much more. These are all features that do not solely concentrate on the game of basketball but are still a vital component of what makes the league the best.

This was the NBA’s second time having an All-Star Draft. However, the first draft in 2018 was not televised mainly because of concern that the player who is picked last would feel embarrassed as possibly the “worst” player selected and the captains might be in an uncomfortable position to choose between teammates and better players. To many pundits, fans and myself, these were ridiculous worries because every player chosen is being recognized as one of the best in the world. There is no shame in being last or not taken by your teammate first. Since the NBA realized the errors of its ways, none of these criticisms were going to see the light of day this year.

The two captains of the All-Star team like last year were the leading vote getters out of all the All-Stars. LeBron James, for the second straight year, and Giannis Antetokounmpo were named the two captains. Each of their teams would have 13 players that can be chosen regardless of conference affiliation. Team LeBron had the No. 1 overall pick for the starter pool, and Team Giannis selected first for the reserve pool. Commissioner Adam Silver made Dirk Nowitzki and Dwyane Wade special additions for a bonus draft round where Team LeBron will also get the first choice in that round.

As many expected, the NBA All-Star Draft was entertaining and well worth being televised. It provided funny moments between the TNT crew in studio and the All-Star captains. Also, there was great intrigue in trying to interpret if each player was drafted because he would give the team he’s on the best chance to win or if there were ulterior motives.

It is quite interesting that five of LeBron’s first six picks (Kevin Durant, Kyrie Irving, Kawhi Leonard, James Harden, Anthony Davis and Klay Thompson) either have player options going into the summer, a free agency pending or recently demanded a trade.

The fact that LeBron James drafted Anthony Davis in particular while in the midst of all the rumors that he wants to play with the Lakers long term is very striking to everyone in the NBA community. After James selected Davis, Antetokounmpo sarcastically asked, “Isn’t that tampering?” After laughter, LeBron responded back by saying “Tampering rules [do] not apply on All-Star Weekend.”

Regardless of tampering, this was an incredible moment. Even host and former NBA player Charles Barkley got his chance to joke by saying, “The best way to do this is for Giannis to trade everyone on his bench for Anthony Davis.”

Another priceless moment was when Antetokounmpo drafted Ben Simmons because he knew James would want him since they share the same agent, Rich Paul. Later in the draft, LeBron proposed trading Ben Simmons for Russell Westbrook. After laughter and some contemplation, Antetokounmpo accepted the deal.

On Twitter, Simmons actually celebrated being drafted by Antetokounmpo first and then had to backtrack because he was traded to LeBron’s team. He then proceeded to voice his pleasure for being on LeBron’s squad. He also jokingly tweeted where famous trade news breaker Adrian Wojnarowski was when it came to his trade. LeBron replied on Twitter saying “He probably needed a nap after the deadline!”

The last memorable moment I’ll bring attention to was the bonus round where the only players being drafted were Dirk Nowitzki and Dwyane Wade. Everyone knew that LeBron was going to pick his best friend and former teammate Dwyane Wade. Yet, James couldn’t help himself from pretending to say Nowitzki’s name and then actually choosing Wade.

There are many more moments that could be highlighted and stories that can be made from the 2019 NBA All-Star Draft. These are all possible because of the draft being televised. The draft was successful in giving the fans what they wanted. Besides the pure entertainment of watching superstars choose who they want to play with, the ultimate purpose for implementing the draft was to inspire each team to play competitively.

A close competitive All-Star Game is what the fans want and the players have the freedom to make it happen.