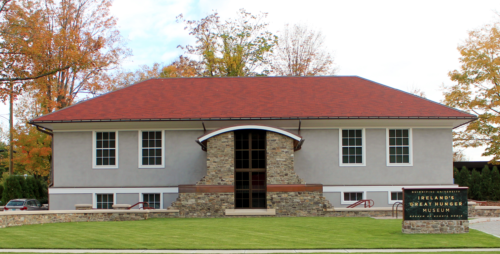 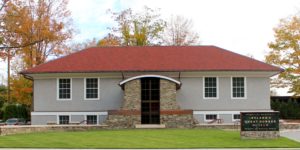 [/media-credit]Following the news that Quinnipiac has ended its 30-year sponsorship with the St. Patrick’s Day Parade, the community is left wondering: what is the future of Ireland’s Great Hunger Museum?

“Ireland’s Great Hunger Museum at Quinnipiac University is not facing imminent closure, however, its situation is serious,” Vice President for Public Affairs Lynn Bushnell stated. “The university has asked the museum to become a self-sustaining institution, and is giving the museum some time to build a donor base. If the museum is to continue, it needs the support of the community.”

Assumptions that the museum was closing left many confused about its future.

President Judy Olian sent out a community-wide email Monday, Feb. 4 in response to the confusion, entitled “Update Regarding Ireland’s Great Hunger Museum.” In the email, she stated that the core missions are to “excel in scholarship and education” and “keeping education affordable for individuals of every background and economic circumstance.”

Olian wrote that herself and the Board of Trustees established a goal of financial self-sufficiency for the museum by June 2022. She stated that keeping the museum functioning is important because of how the museum’s mission reflects Quinnipiac’s values.

“The lessons embodied in the art of the museum–lessons about hunger, oppression, political repression and immigration–are a reflection of Quinnipiac’s values,” Olian stated in the email. “These lessons are taught in Quinnipiac’s curriculum and centers in many forms, including through Ireland’s Great Hunger Institute at the university, the Albert Schweitzer Institute, our religious affiliates, and the Lender Family Special Collection Room (An Gorta Mór) at the Arnold Bernhard Library, all of which are integral components of the Quinnipiac University learning and development ethos.”

Through a spokesman, previous President John Lahey confirmed Thursday that he plans to meet with Olian to discuss the changes regarding the museum and parade, according to The New Haven Register.

Lahey told the New Haven Register that, “while making clear he did not wish to criticize Olian or presume to make decisions for the school, said Wednesday he was ‘perplexed’ by the decision not to march in the parade and would consider it ‘horrifying,’” speaking personally as an Irish-American, if the museum were forced to close.

Lahey also shared that the museum tells a story that pertains to the Quinnipiac community.

“The museum shares a story relevant to Irish-Americans in the United States, many of whom live in Quinnipiac’s backyard in New York and Boston, and provides an international brand and identity for the school,” Lahey told New Haven Register. “Its themes, of a people’s encounter with bigotry and hatred, are universal.”

Students shared in an informal anonymous Quinnipiac Chronicle survey, with 83 participants, that they are mostly indifferent about the museum’s future.

Students shared why they would or would not be upset if Ireland’s Great Hunger Museum on Whitney Avenue closed with 56 ‘no’ and 27 ‘yes.’

Of the 83 participants, 56 responded in favor of the museum closing and some popular responses included:

More science/environmental/sustainability buildings for classes or conferences.
Prefer something about the history of Quinnipiac.
Like to see more classroom space instead.
Believe the museum is a funding waste, with little taking advantage of what it has to offer.

For those in favor of the museum staying, 27 students responded ‘yes,’ they would be upset if it were to close and some popular reasons why included:

The museum is historic.
It is an educational opportunity.
It has made a global name for Quinnipiac.
The museum provides better opportunities for students, especially abroad.

One student in particular, provided a detailed response as to why the museum should stay open.

“The Irish community in Connecticut is so strong and this museum is one of the ways the stories of many individuals come to life,” the student wrote, in support of the museum. “The connection to Ireland over the years with Quinnipiac has become a great bond, especially with political figures of Ireland. Quinnipiac is a global educational institution, and by ripping away the tie to Ireland with closing the museum, it sends a message that the Quinnipiac-Ireland connection is dwindling.”

Overall, responses were mixed, with some students hoping to see the space utilized for academics, although most stated that they have never visited the museum.

Attorney Hugh F. Keefe of New Haven is shocked by the recent changes. He served on the Quinnipiac University Board of Trustees from 1994 until he stepped down this past June.

“I don’t know why you would take something that is fun, collegial, builds comradery and cancel it for no apparent reason,” Keefe said in response to the parade. “Lahey was as good a president as any college or university. What the board ought to be doing now is debating what building should be named after John Lahey.”

The museum draws most of its popularity from Hamden residents according to its Facebook page, with a 4.7 out of 5 rating with 70 reviews.

The museum is now turning to its supporters online. In a Jan. 31 Facebook post, it provided a link for members of the community to support in the form of philanthropic gifts.

“Thanks to everyone who has reached out to Ireland’s Great Hunger Museum in support of our mission and goals,” stated a message from the museum’s Facebook page. “Many have asked how to make a financial contribution. One of the best ways to support the museum is to become a member. There are many different joining levels, and every contribution directly supports the museum.”