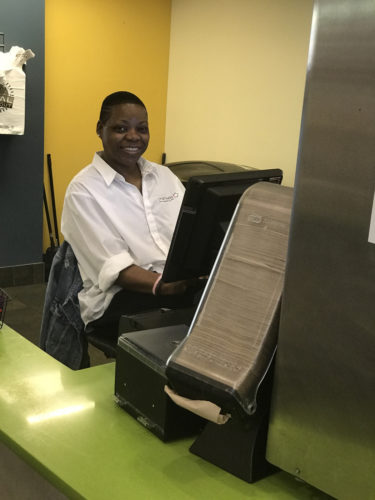 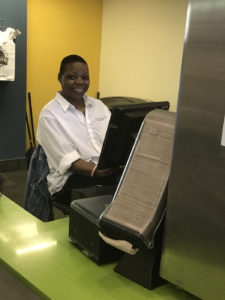 The Quinnipiac community is mourning the loss of one of our own, a Quinnipiac Dining employee who, according to students, served so much more than food.

Leyanda DaSilva, who worked in the Café Q dining hall at Quinnipiac for over a decade, recently passed away from stage four breast cancer. Morgan Watson, Quinnipiac Dining marketing manager, expressed her sadness and appreciation for DaSilva.

“Quinnipiac Dining is deeply saddened by the passing of Leyanda DaSilva. Leyanda was a member of our team for 11 years,” Watson stated in an email. “We will always remember her smile and her great connection with the students. She was well-loved by co-workers and will be missed. Our staff is wearing pink breast cancer awareness ribbons and hats this week to Leyanda’s passing.”

A GoFundMe page created in 2017 shared that DaSilva was diagnosed with breast cancer in 2014. She underwent chemotherapy and radiation and was cleared as cancer-free in 2016.

“Leyanda went in for a check-up… when they told her that her cancer has spread to her lymph nodes,” stated the GoFundMe page. “She was diagnosed with Stage Four breast cancer, which as many of you know, is the most aggressive.”

Quinnipiac’s chapter of Zeta Beta Tau (ZBT) fraternity sold over 1,000 ‘Support Leyanda, FIGHT ON!’ wristbands in 2017 and donated the proceeds directly to DaSilva.

Shane Martin, junior ZBT member and Interfraternity Council President, remembers the day he found out her cancer had returned.

“I was truly heartbroken and decided there had to be a way my organization and I could help be there for her financially and help support her through her time of need,” Martin stated in an email.

Martin said that although the fundraiser fell short of his hopes, the relationship his organization forged with DaSilva exceeded expectations.

“Although it wasn’t as much as we planned to raise for her, she appreciated it a lot,” Martin stated. “Leyanda will never be forgotten by my organization and I because she was more than just an employee at Quinnipiac. She treated every single one of us as if we were her own children.”

Senior journalism major and member of the men’s basketball team Andrew Robinson looked forward to sharing bits of his day with Leyanda to chat about basketball and music.

“She was really cool to the athletes and basketball players,” Robinson said. “We would run low on meal plan money and stuff and she would help us out all of the time. That’s how I got to know her.”

DaSilva was down to earth according to Robinson and he was shocked the day DaSilva mentioned her treatment, early last year.

“I was in line one day talking to her and she was like, ‘yeah I’m going to treatment,’ and I said, ‘treatment? What do you mean?,” Robinson said.

DaSilva explained to him that she had stage four breast cancer. In stage four, pleural mesothelioma cancer cells have spread into other organs such as the lungs, lymph nodes, bones, skin, liver or brain, according to Medical News Today.

While overall rates of breast cancer in white women and black women are about equal, black women are 20 to 40 percent more likely to die from cancer, according to breastcancer.org.

Robinson grew closer to DaSilva and her story after interviewing her last year for a project in his digital journalism course.

Robinson would like the community to remember DaSilva as a friend and big sister.

“I never saw her as an employee,” Robinson said. “She was a friend, someone who was mad cool and you could just talk to. I used to tell her about my day and she would tell me about hers. [She was] a really loving, caring person who would look out for people if they needed.”