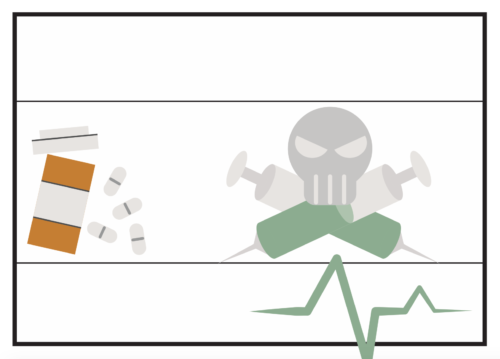 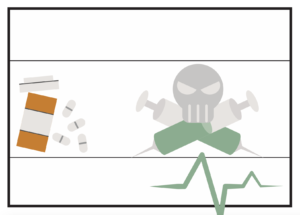 [/media-credit]Quinnipiac University students, faculty and staff gathered Tuesday, Jan. 29 for the first Campus Cross Talk event of the spring 2019 semester: Medical uses for Opioid Drugs and the Risk of Addiction.

The event, which featured five of Quinnipiac’s own expert panelists, centered around understanding the science behind the crisis and exploring solutions to the growing epidemic.

In Connecticut, 24.5 per 100,000 people died in opioid-related overdoses in 2016, putting the state within the top 10 most at-risk in the nation, according to the National Institute of Drug Abuse. Additionally, the opioid prescription rate in Connecticut is 64 per 10,000 people.

Lisa Conti, Ph.D., associate professor of medical sciences, opened the discussion by noting that most opioid addictions start through prescriptions to deal with pain.

“Pain is the most common reason Americans access the healthcare system,” Conti said.

Health science major Emily Alderman was one of many students happy to see the problem of opioid addiction being addressed by the university.

“Opioids are incredibly addictive, yet are they continue to be widely prescribed to tons of Americans,” Alderman said. “We have to continue researching solutions to the epidemic.”

Commonly prescribed opioids include hydrocodone, oxycodone, codeine and morphine, which present symptoms such as euphoria and sedation that make addiction more likely. In the United States, more than 175 people die every day from an overdose, according to USA Today.

Conti explained that opioids are a class of drugs derived from opium poppy plants, which have been used medicinally for their analgesic effects. However, we do not make receptors in the human body for poppy products.

Instead, opioids exert their pharmacological receptors through opioid receptors, mu, delta and kappa, which are located all over the nervous system. Because of their varying locations, opioids cannot be directed to a certain pain in one area, and display a holistic, encompassing effect on the body.

Abuse of opioids “hyperpolarizes cells,” by blocking neurons from firing and signaling pain, Kovelowski said. As these receptors change their cellular metabolism, cells must compensate and maintain a new homeostasis.

Also during the talk, Martine Mirrione, Ph.D., assistant professor of biomedical sciences, emphasized the importance of neuroimaging that shows how changes in the brain occur through the physiological effects of opioid use.

Mirrione, along with Adrienne J. Betz, Ph.D., professor of psychology, discussed how brain activity could become a biomarker for potential relapse, as scientists continued to study the effects of opioids on mice and rats.

“Everyone in this room has been affected by addiction in some way, shape or form,” Betz said, touching upon the more personal consequences of addiction.

Karen M. Ragaisis, DNP, clinical assistant professor of nursing, directed her portion of the event to discuss the treatment process for those working toward overcoming addiction.

“Treatment should focus on multiple needs of the person, not just on drug abuse,” Ragaisis explained. “Medically assisted detoxification is only the first stage.”

Ragaisis insisted that treatment doesn’t need to be voluntary to be effective, but integrated care is necessary to address the issue. Understanding how to work best with each specific patient is a crucial aspect of caregiving and recovery.

The remaining question for healthcare providers, according to Ragaisis, is “can you follow up and follow through?”

Senior nursing major Eimile Maxwell is just one of many Quinnipiac students inspired to do exactly that as she enters the medical field.

“It was so interesting to see such a world-wide problem being discussed on campus,” Maxwell said. “Especially by our faculty that have done so much research about it.”