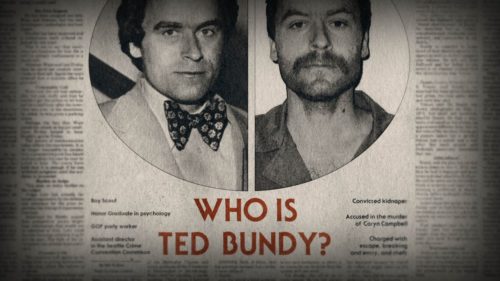 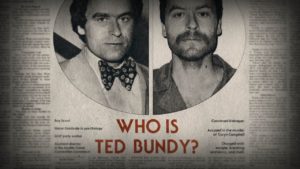 [/media-credit]The notorious serial killer of the ‘70s, Ted Bundy, is back in the spotlight after becoming the subject of a four-part documentary series and movie trailer that were both just recently released, marking the 30th anniversary of Bundy’s death. With Joe Berlinger directing both the documentary series, “Conversations with a Killer: The Ted Bundy Tapes,” and the upcoming movie starring Zac Efron, “Extremely Wicked, Shockingly Evil and Vile,” he is able to tell Bundy’s story in extremely different ways.

“Conversations with a Killer: The Ted Bundy Tapes” was released on Netflix on Jan. 24 and is based off of 100 hours of taped interviews with Bundy, conducted by journalist Stephen Michaud, while he was on death row in Florida. These previously unheard tapes allowed for Berlinger to give viewers insight into the mind of Bundy to attempt to understand why he showed no remorse for his murders.

The film that premiered at Sundance Film Festival, “Extremely Wicked, Shockingly Evil and Vile,” tells the story of Bundy through the perspective of Elizabeth Kloepfer (Lily Collins), who was his love interest for years. Even though it was a shock for some to hear that Efron will be portraying Bundy in this film, he has gotten support from a survivor of Bundy’s, Kathy Kleiner Rubin, who believes he is the perfect fit to play the part of Bundy in the film.

With Efron playing the part of Bundy, moviegoers are questioning whether this film is a celebration of Bundy. However, Efron feels the opposite, saying that the movie will not be glorifying the killer.

“I feel a responsibility to make sure that this movie is not a celebration of Ted Bundy or a glorification of him,” Efron said to Variety. “But, definitely, a psychological study of who this person was. In that, there’s honesty.”

Berlinger responded to the backlash, stating that viewers need to watch the movie before saying that it is glorifying Bundy.

“I think the idea of this particular story, making a movie about Bundy, equals glorification of him is a very naive and knee-jerk reaction,” Berlinger said to Bustle. “Because if you actually watch the movie, the last thing we’re doing is glorifying him. He gets his due at the end, but we’re portraying the experience of how one becomes a victim to that kind of psychopathic seduction.”

“Extremely Wicked, Shockingly Evil and Vile” was written through the eyes of Kloepfer to show who Bundy was as a person, according to both Efron and Berlinger.

“A lot of [people who knew Bundy] were shocked,” Efron said to Variety. “They could not believe that such a straitlaced, pleasant, smart, smiling, calm individual was responsible for such horrendous, horrific crimes. And that makes him all the more fascinating because really he was loved by nearly everyone around him. Even people in prison enjoyed their time with Ted Bundy.”

Bundy’s personality and looks are stirring up controversy in the documentary series as well. Netflix grew concerned when they received word that viewers were saying that they have found Bundy to be attractive despite the fact that he was a serial killer.

“I’ve seen a lot of talk about Ted Bundy’s alleged hotness and would like to gently remind everyone that there are literally THOUSANDS of hot men on the service,” Netflix said on Twitter. “Almost all of whom are not convicted serial murderers.”

Along with the controversy regarding how Bundy is portrayed on the big screen, there is talk about whether having his case be brought up again to the public is a smart idea. Some people are unsure if it is healthy to watch since some of the content discussed can be deemed disturbing. However, some people think that this story should be told, so people can learn about him, but in a way that shows his true colors.

“It’s the 40th year since the attack and the 30th year since the execution, I don’t have a problem with people looking at it,” Rubin said to TMZ. “As long as they understand that what they’re watching wasn’t a normal person.”