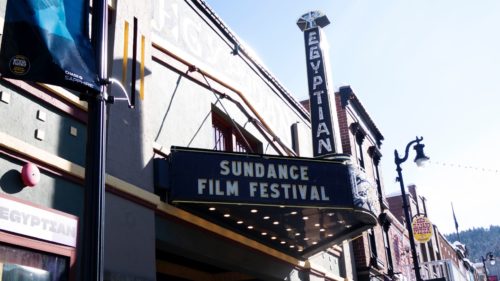 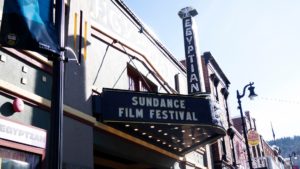 [/media-credit]It is late January in Park City, Utah and that means it’s time for Sundance Film Festival. As is the case every year, Sundance hosts what might become next future cinematic hits and this year is no exception. The following are notable independent films competing for distribution notoriety

“Nightcrawler” alumni Gilroy and Jake Gyllenhaal teaming up together once again to create “Velvet Buzzsaw,” a tale of high art and high crime. Gyllenhaal plays an art connoisseur who discovers a collection of art linked with a potential murder plot. It also stars Rene Russo, John Malkovich and Daveed Diggs. As an indicator of high quality, Netflix has already picked up the film and plans to release it on their platform on February 1.

Grant Sputtore’s directorial debut tells the tale of Humanity after the Apocalypse. The film follows an unnamed character “daughter” as she is monitored and raised by a robot she refers to as “mother”. The two plan to revitilize humanity after such a tragic event. Their agenda is shaken up after a stranger played by Hillary Swank shows up to their compound and questions mother’s antics.

“Monos” follows a teenage military Brigade in the mountains of an unspecified South American country. The teens are asked to look after a cow they received as a donation and after they failed to, the kids become hysteric and begin to question their leadership and ruling. The film stars Moises Arias and Julianne Nicholson who are among many unknown actors and actresses. Adolescense and anarchy fly free in this gripping adventure story.

“Honey Boy” is written by Even Stevens himself, Shia LaBeouf, and the film is a biography of his time as a child actor in Hollywood. Otis Lort is the film’s protagonist played by both Noah Jupe and Lucas Hedges, alongside LaBeouf portraying a depiction of his father. “Honey Boy” was written while LaBeouf was in rehab, and promises to be a deeply personal and touching story, receiving great reviews at the festival.

Zac Efron stars in this biographical picture of infamous serial killer Ted Bundy in this upbeat thriller directed by Joe Berlinger. The film is set in 1969 and covers Bundy’s relationship with Elizabeth Kloepfer, played by Lily Collins, and also stars James Hetfield, Kaya Scodelario and Jim Parsons. “Extremely Wicked, Shockingly Evil and Vile” is already becoming a favorite at the festival selling out tickets and making waitlists very competitive.

Rock and Roll legend David Crosby has been in the public eye since early 60’s as a founder of the Byrds and Crosby. Stills and Nash is considered by many to be Rock’s first supergroup.

Relive into the possibility of experiencing a tragic event and possibly altering it. David Oyelowo stars as Jack Radcliffe, a Los Angeles detective, who recently lost his family in a murder. After Jack receives a mysterious phone call from his supposedly deceased niece, he is sent on a wild mystery to figure out what really happened that night.

“Memory: The Origins Of Alien”

Ridley Scott’s 1979 science fiction classic redefines the franchise. The claustrophobic Thriller soon became an overnight success. However, the road to its release was an adventure in itself. Alexandre O. Phillippe directs this documentary that not only covers the production, but also the legacy of the tentpole science-fiction franchise.

Set in modern-day London, “Dirty God” tells the story of Jade Nugent, who is around 20 years old, who recently was released from the hospital with acid that burns her face and body. Vicky Knight makes her acting debut in this stylish film about self esteem and learning to cope after tragedy. The audience joins Nugent on her emotional journey to find acceptance and self esteem through plastic surgery and the internet.