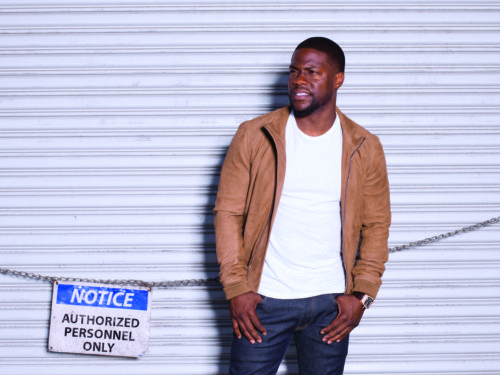 The Oscars is one of the most prestigious awards show of the entertainment industry and this year’s Academy Awards is unlike no other, riling up a lot of controversy. This year, there will not be a host for the first time since the 1989 ceremony when comedian Billy Crystal stepped up in order to give some comedic moments to the ceremony, according to a Variety report. 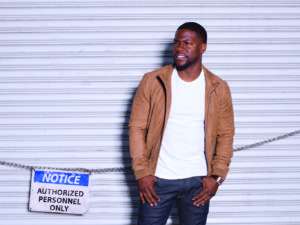 [/media-credit]Kevin Hart was announced as the host of the 2019 Oscars on Dec. 6, but he declined the offer after receiving backlash for homophobic tweets he posted in 2009, 2010 and 2011. One of these tweets included him writing that if his son played with a doll house he would “break it over his head & say n my voice ‘stop that’s a gay.’”

Hart then posted a video on Instagram stating his resignation as host because he did not want to apologize again for these old tweets.

On a Jan. 4 episode of “The Ellen DeGeneres Show,” DeGeneres encouraged Hart to still be the host of the ceremony. DeGeneres received backlash of her own from LGBTQ activists saying that the conversation between Hart and DeGeneres should have gone deeper.

“It shows me there is no end to it,” Hart said to Michael Strahan about the interview with DeGeneres. “If you keep feeding this energy, it’s going to grow.”

On Jan. 7, Hart apologized for the tweets again on his radio show, stating that in the moment he “thought it was OK to talk like that.”

Hart has also made it clear that he is tired of trying to prove himself as a person and defending his character.

“No matter what you do, it may still not be received,” Hart said to Strahan. “And you’ll find yourself in a position where you go, ‘Well, what else do you want? You want blood?’”

Hart has definitively announced that he is not going to host the Oscars this year and is not angry with the Academy of Motion Picture Arts and Sciences. He feels as if he does not have enough time now to prepare for the show.

“It’s hard to predict what can happen and I don’t want people to think there’s a thing between me and the Academy, because there isn’t,” Hart said. “The Academy, they’re amazing people, the offer was made, it was received, I was excited, things happened, it didn’t work out the way it should have. Right now from a time perspective, I don’t have the time.”

Even without a host, the Academy Awards is still occurring. The nomination list was just revealed last Tuesday, Jan. 22.

The Netflix film “Roma” about Alfonso Cuarón’s childhood living in Mexico and “The Favourite,” a comedy-drama movie about Queen Anne in 18th century England, are tied at 10 for the most nominations. Both were also nominated for “Best Picture,” alongside “Vice,” “Bohemian Rhapsody,” “Black Panther,” “Green Book,” “A Star is Born” and “BlacKkKlansman.”

“Black Panther” also made history by being the first superhero movie to be nominated for “Best Picture.”

Within the “Actress in a Leading Role” category, Glenn Close received her seventh Academy Award nomination for her performance in “The Wife” and Lady Gaga picked up her first ever acting nomination in this category for “A Star is Born.” Alongside Gaga and Close, Yalitza Aparicio (“Roma”), Melissa McCarthy (“Can You Ever Forgive Me?”) and Olivia Colman (“The Favourite”) were nominated in this category.

For the race for “Actor in a Leading Role,” Rami Malek is in the running for his performance as Freddie Mercury in the film all about Queen, “Bohemian Rhapsody.” Other front runners include Christian Bale as Vice President Dick Cheney in “Vice,” Viggo Mortensen in “Green Book,” Bradley Cooper in “A Star is Born” and Willem Dafoe as Vincent Van Gogh in “At Eternity’s Gate.”

When the nominations were announced by Kumail Nanjiani and Tracee Ellis Ross, many people in England were offended by the short film, “Detainment,” getting nominated for the “Best Live-Action Short Film.”

“Detainment” is a 30-minute film about one of England’s most well-known crimes that took place in 1993 when infant James Bulger was kidnapped and then murdered by Jon Venables and Robert Thompson, who both were 10 years old at the time. The film does show the moment that Bulger was kidnapped in the mall, but does not recreate the murder.

“Detainment” is highly focused on police interview transcripts and the interrogations of Venables and Thompson.

This incident has been made into a play before “Detainment” was released. Just like the film, it received a lot of complaints. “Detainment” has received backlash, accusing it of showing sympathy to the killers. An online petition was created after the nomination list for the Oscars was released asking for “Detainment” to be removed as a nominee.

“It’s one thing making a film like this without contacting or getting permission from James’ family,” Fergus said on Twitter. “But another to have a child re-enact the final hours of James’ life before he was brutally murdered and making myself and my family have to relive this all over again. After everything I’ve said about this so called film and asking for it to be removed, it’s still been nominated for an Oscar even though over 90,000 people have signed a petition which has now been ignored just like my feelings by the Academy.”

The director of “Detainment,” Vincent Lambe, said in an interview that he began researching the case in 2012 and when the movie was being filmed, he considered contacting Bulger’s family but ultimately decided it would harm the storyline of the film.

“I wanted to meet with them personally [afterwards] to explain why we made the film and why we didn’t get in touch sooner,” Lambe said to Variety. “It’s because there’s more than one perspective on the case, and we wanted to make a film that was entirely factual. We didn’t want to be putting an opinion on it. For that reason, we decided not to meet with any of the families involved and rely solely on interview transcripts and factual material.”

The Academy, the organizers of the Oscars, made a statement saying, “The Academy offers its deepest condolences to Ms. Fergus and her family. We are deeply moved and saddened by the loss that they endured and we take their concerns very seriously.”

Despite the controversy this film made with its nomination, the film will still be nominated for “Best Live-Action Short Film.”

“Following longstanding foundational principles established to maintain the integrity of the awards, the Academy does not in any way influence the voting process,” the Academy of Motion Picture Arts and Sciences said in a statement. “Detainment was voted on by Academy members. When making their choices, each individual applies their own judgment regarding the films’ creative, artistic and technical merits. We understand that this will not alleviate the pain experienced by the family; however, we hope it clarifies the Academy’s neutral role in the voting process.”

Despite the controversy with some nominations and there not being a host, the show must go on

“Sometimes it’s better to go with no host than force something that’s just not working,” Anne Hathaway said on “Watch What Happens Live.”