The story of how ‘Icarus Falls’ 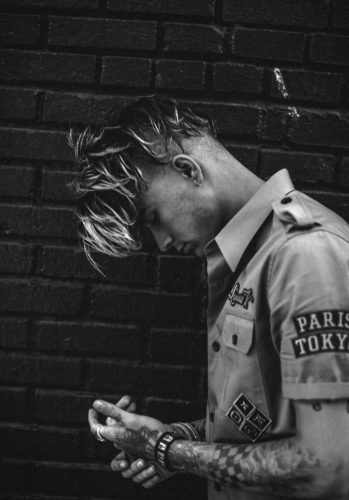 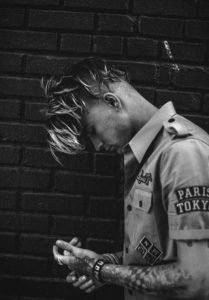 [/media-credit]On the three year anniversary of One Direction’s indefinite hiatus that took place Dec. 14, 2015, Zayn Malik released his second solo album titled “Icarus Falls.” This 27-track concept album tells the story of Icarus, a character from Greek mythology who flew very close to the sun and fell to his death, through songs that are full of a wide variety of emotion.

The former One Direction member released his first ever solo album, “Mind of Mine,” in 2016 on the one year anniversary of when he officially left the band. “Mind of Mine” was a top-selling album and strayed away from the upbeat, poppy vibe of One Direction by including slower, eccentric tracks. Just like his first album, Malik’s newest release has a similar sound.

The 27 tracks that complete the album of “Icarus Falls” caused for Malik to make it a double album, splitting the tracks in two at the song “Icarus Interlude.” Malik admits that some of the songs that are on the album were from past recording sessions for “Mind of Mine” that included songs that were not used for his first record. Nine of the 27 tracks were previously released as singles, which include “Fingers,” “Let Me,” “Good Years,” “No Candle No Light (featuring Nicki Minaj),” “Rainberry,” “Too Much (featuring Timbaland),” “There You Are,” “Sour Diesel” and “Entertainer.”

Malik explained in an interview with Billboard that “Icarus Falls” includes his two main moods. One is more rhythmic and the other is defined by more downtempo sounds. By splitting his album in two, Malik incorporated these two types of emotions by having the first part of the album include ordinary techno-pop sounds and the second half be full of funkier sounds. Track number 13, which is the song “Icarus Interlude,” was able to be the buffer and switch the album into a different sound when Malik wanted it to.

“The last album [‘Mind of Mine’] veered into a much more nighttime kind of thing,” Peter Edge, chairman and CEO of Malik’s record label RCA, said to Billboard. “This one is more of a mix than that.”

“Icarus Falls” opens up with the song “Let Me.” This first track on the album is a ballad that addresses the idea of sex and how it has meaning to him. Malik’s first song on his second ever solo album allowed him to show off his stunning vocal skills with the instruments creating an urban-pop vibe in the background. The chorus of “Let Me” also includes vocal harmonies, while talking about the idea of sex in a non-explicit way. Malik believes that this and all of the songs on “Icarus Falls” shows how he has developed as a writer since his debut solo album.

“I feel like my songwriting definitely developed, just because I’ve been doing it so much,” Malik said in an interview with VMAN. “I feel like the songs are a bit more organized, where I felt like, before, that ‘Mind of Mine’ was a brainstorm. That’s why I called it ‘Mind of Mine,’ because it was ideas that I had that I put out. This one is more thought out. I had more time to process everything and go through it all. It’s an evolution.”

Even though Malik did not tour for his first solo album, he has mentioned that he is thinking about touring in support of “Icarus Falls.” Malik has not been on a tour or has been a part of a major concert since he left One Direction. Over the past two years Malik has scheduled, but then canceled concerts in Japan, Dubai and London due to extreme anxiety and not knowing how to create a solo show that felt natural to him.

“For a long time I’ve struggled with, where is Zayn as a performer?” Malik said to Billboard. “I don’t want my show to be too eccentric or out there because I’m not that kind of personality. I’m quite a reserved person and I feel like the vibe of that session sort of fits me and what I want to do on stage.”

In his autobiography, “Zayn,” Malik writes about how his time being a part of One Direction damaged his mental health and how the lack of a normal life was a trigger for his eating disorder.

“I’d go for days—sometimes two or three days straight—without eating anything at all,” Malik said in “Zayn.” “Food was something I could control, so I did.”

Now, as a solo artist, Malik believes he is doing much better and has created a more peaceful lifestyle through writing music and spending summers and falls working on a farm in Pennsylvania.

“I’m taking things at my own pace eating well, not going too crazy,” Malik said. “Making sure we [him and Gigi Hadid] have dinnertime.”