“You” is renewed for season two 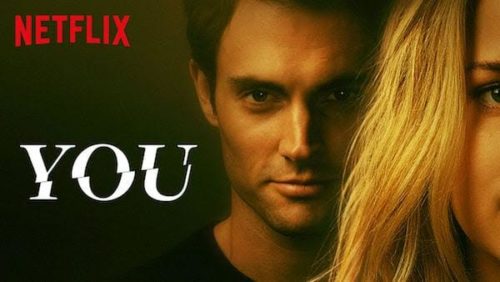 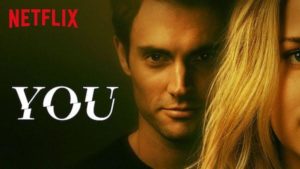 [/media-credit]Netflix has just released all ten episodes of Lifetime’s new drama, “You,” for streaming on Dec. 26 and will be picking up the series for its second season sometime in the future according to @YouNetflix on Twitter.

Although “You” has just recently become a social media sensation, being a show that has gotten a lot of attention since being released on Netflix, it debuted back in September on Lifetime. Netflix, actually, acquired the rights to “You” early 2018.

“You” is based on Caroline Kepnes’ best-selling novel of the same name and follows a bookstore manager who bumps into an aspiring writer in his store who he instantly falls in love with. The manager, Joe Goldberg (Penn Badgley from “Gossip Girl” ), uses his resources of the internet and different social media platforms to gather all the information he can to get close to the writer, who goes by the name Beck (Elizabeth Lail from “Once Upon a Time”).

“We’re grateful to Lifetime for being the gateway to getting the show made,” Badgley said in an email to The Washington Post. “We wouldn’t have been able to make the show without them, as far as I can tell. There is no sense of bewilderment that the show had one reaction while it was on Lifetime and another when it went to Netflix. The difference in viewership is obvious and it’s indicative of so many different things, not the least of which is the way young people consume media.”

Once Lifetime decided to pass on making a second season for “You,” Netflix decided to take it on and officially ordered that season two will be an official Netflix original. For Netflix, this decision was smart because once season one streamed, the internet went crazy and Netflix executives announced in a shareholder letter on Jan. 17 that 40 million households will watch “You” in the first four weeks on Netflix.

Season two does not have a release date set in stone and even the stars in the first season are unsure about what is going to happen when they start shooting the series.

“At the moment I am not shooting season 2, but I’m not even sure they’ve written season 2 as far as I know,” Lail said to Refinery29. “There’s always a possibility because Joe is a psychotic, but as of right now I have no idea.”

The ten episode series that is co-created by Sera Gamble (producer of “Supernatural”) and Greg Berlanti (producer of “Riverdale”) allows viewers to get to know Goldberg through his narration of every episode. Through each narration, he talks through the reasons why he goes through Beck’s phone and even why he lurks outside her apartment to see what she is doing. This is also a writing technique Kepnes used in her novel “You” by writing in second person.

“It ended up meaning that my level of involvement was closer to that of sometimes almost an editor, sometimes a producer, sometimes a cinematographer,” Badgley said to “EW” about the narrations. “Only in the sense that I had to be conscious of things that I think often actors very specifically do not want to be conscious of in order to maintain a certain level of spontaneity to their performance. It was very technical. Often I would go to work and not actually have any spoken lines that day.”

Although throughout the show Goldberg clearly shows that he is secretly obsessed with Beck and will do anything to make sure she is only his, he does, however, show a soft side for his neighbor’s son Paco (Luca Padovan) by spending time with him.

“I don’t believe that pure evil exists, personally,” Badgley said to “Vulture.” “I definitely was able to find him [Goldberg] one humane and human quality.”

While viewers definitely get to know Goldberg through his narration over every episode, Beck’s story is also shared while Goldberg is secretly stalking her. Goldberg, once he gets a little closer to Beck, attempts to become civil with her close friends Peach (Shay Mitchell from “Pretty Little Liars”), Annika (Kathryn Gallagher) and Lynn (Nicole Kang).

“I knew that Beck was going to be more than just a movie that he [Goldberg] watches,” Lail said to “Collider.” “I knew that we were going to learn more about her, which you inevitably have to, if you’re stalking someone and I hoped there would be surprises. I knew that she would have a lot to do.”

Even with how addictive this show seems to be, there has been talk about how the plot of the series connects to the #MeToo era, even though “You” was being worked on before the Harvey Weinstein scandal.

“If you look carefully, there’s a Harvey Weinstein joke in the pilot,” Sera Gamble said to Hollywood Reporter. “That happened because calling somebody a Harvey became a thing as we were in post on the pilot and we were able to insert that reference because it was a text message. But all it did was heighten and sharpen the conversation we were already having.”