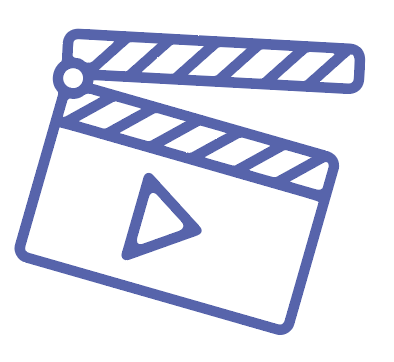 According to Rotten Tomatoes, “it’s looking like another big year at the movies, and for your wallet.”

Disney Pixar has plans to revive childhood memories with a new lineup of action and animated movies, with both classic blockbusters and new stories. It is an exciting year for the kids who grew up watching movies such as “Toy Story,” “Aladdin,” “The Lion King,” “Dumbo” and even “It,” which are some of the movie remakes that will surface.

This mystery/slasher film is a sequel to the original movie, “Happy Death Day” where a self-centered college student named Tree Gelbman is forced to relive the same day over and over until she finds who brutally murdered her. In “Happy Death Day 2U”, Gelbman re-enters the time loop where she again has to escape after realizing her friends have become involved. After the original killer was murdered, a new killer takes her place and Gelbman is forced to fight to uncover their identity and finally be rid of the time loop.

This mystery/thriller is about a couple who decides to take their kids to their beach house to relax and spend time with friends. The wife, Adelaide Wilson, is haunted by a past experience that causes her to be nervous that something bad is going to happen to her and her family. Her worst fears are realized when her family is forced to fight for survival when a group of four strangers shows up. Things get interesting when their identities are revealed to have the same appearance as a different member of the Wilson’s family.

This live-action film is a modern remake of the movie from 1992. It is a fantasy/romance about a “street rat” named Aladdin, who frees a genie from a lamp that grants him three wishes. Aladdin uses one of his wishes to disguise him as a prince to impress the Sultan and his daughter, Princess Jasmine. He faces a challenge when Jafar, the Sultan’s most trusted councilman, takes control over the lamp and the genie to overthrow the palace.

This fantasy/comedy movie is a film series from the original “Toy Story” that was released in 1995. In the previous movie, the story ended with Woody sneaking into a box of toys that are being taken to the attic before his owner, Andy, leaves for college. Woody leaves a note in the box urging Andy to give the box of toys to Bonnie, a student at a daycare called Sunnyside. Andy, thinking the note is from his mom, proceeds to bring the box of toys to Bonnie’s house and the film ends with them playing before Andy departs. In this sequel, a character named “Forky” (a spork) is introduced and the main character, Woody, is forced along for the ride with his old and new friends on a road trip that will introduce him to the world outside of his comfort zone.

This fantasy/science fiction movie is the next chapter of the “Spider-Man: Homecoming” series. The protagonist, Peter Parker, decides to join his friends on a trip to Europe where he encounters a man named Nick Fury who asks the hero to help him uncover what is causing destruction across the continent. In “Spider-Man: Homecoming,” Parker lives with his Aunt May, while his mentor, Tony Stark, helps him adapt to his new identity as Spider-Man. As Parker tries to balance his daily routine life, he is forced to test the ability of his new powers against a villain who threatens him and everyone he loves.

The “Lion King” is another animated remake of the original movie that was released in 1994. This drama/adventure takes place in a kingdom of lions in Africa where the protagonist, Simba, is next in line for the throne. Simba is manipulated by his uncle Scar into thinking he was responsible for his father’s death. In fear, Simba flees and befriends a meerkat and warthog duo who spend time with him as he matures. A few years later, Simba is confronted by his childhood friend Nala, who urges him to come home and challenge Scar to save the kingdom and take his rightful place as king.

This sequel is a mystery/horror film that takes place 27 years later where It, also known as Pennywise, returns to torment the adult versions of The Losers Club. According to Warner Bros. and New Line Cinema, “The Losers’ club fulfill their promises and return to Derry to put an end to the shape-shifting demon once and for all.” In the first movie, Pennywise is represented as a shapeshifter with the ability to turn into a person’s worst fear. The Losers Club is a group of protagonist children who vow to destroy Pennywise at any cost.