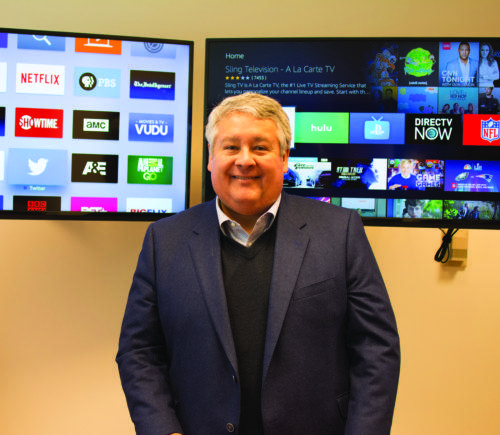 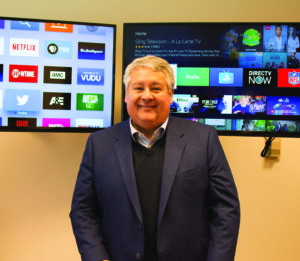 [/media-credit]Mark Contreras, the dean of the School of Communications, has resigned from his position, effective March 4, according to an email from Executive Vice President Mark Thompson on Thursday, Jan. 17.

“We are confident that Mark Contreras has the perfect combination of experience and skills to lead and grow this organization at a pivotal time for media companies and broadcast journalism in general,” Tom Barnes, chair of the Connecticut Public Board of Trustees and the chair of the search committee said via the press release.

“Associate Dean Terry Bloom is an experienced academic who I’m sure will do an outstanding job as interim dean,” Associate Vice President for Public Relations John Morgan said. “This will not impact students.”

Bloom is also currently the director of the 3+1 accelerated communications program at Quinnipiac.

Bloom, despite the increased responsibility, is hopeful and excited about the future of the School of Communications under her leadership.

“There are lot of great things happening for the School of Communications right now,” Bloom stated. “It’s an exciting challenge, and I look forward to doing what I can to keep the momentum going.”

Contreras, like Thompson, is confident about Bloom’s ability to lead the school, especially after working with her as associate dean.

“I’m a big Terry Bloom fan,” Contreras said. “She is involved in almost every facet of the Dean’s office today. I think she knows education well, she knows journalism very well and I think people won’t see really much of a difference at all because she is so deeply involved in everything already. I think it will represent almost no change.”

In the email, Thompson expressed gratitude for Contreras’s work on behalf of the School of Communications over the past two years, which included creating new partnerships between the school and major media companies.

“I’d like to thank Mark for all that he has accomplished since joining the university in 2017,” Thompson stated. “Most notably, he has worked to build and strengthen the university’s ties with major media corporations by adding representatives from such companies as Ad Age, Condé Nast, Dow Jones, Edelman, ESPN, Forbes, Univision, NBC Universal, Comscore, the U.S. Agency for Global Media and SmartBrief.com to the School of Communications’ Advisory Board.”

Along with the relationships Contreras has developed throughout his time in the position, he also cites the course MS400 he taught in Fall 2018 as one of his most rewarding experiences with the school.

“Being able to meet 15 very interesting students who surprised me with their writing skills, with their maturity, with their ability to ask intelligent questions, it was a very fulfilling experience for me,” Contreras said. “I’m hopeful as each of those 15 students goes out in the world that I can try to have some help.”

Members of the School of Communications have expressed their gratitude as well to Contreras and all that he has done for the department.

“I think his greatest accomplishment was establishing the School of Communications Advisory Board,” media studies professor Lisa Burns said. “Even though the board is only a year old, it has created great networking opportunities for our students that have resulted in internships and jobs. This is more than previous deans in recent years were able to accomplish.”

A press release from Connecticut Public Broadcasting cited his work on behalf of the Quinnipiac School of Communications and underrepresented students among his credentials for his new position as chief executive officer.

“[Contreras] is especially passionate about the role of public media in serving diverse communities,” stated Barnes in the press release.

“The mission of Connecticut Public is about as pure as exists in the media business today meaning that it’s targeted at public service journalism and public service generally to the whole state of Connecticut,” Contreras said. “To me, it’s just a unique set of circumstances and a unique opportunity that particularly with someone of my background in digital will be helpful to them.”

Prior to his career at Quinnipiac, Contreras had led several media businesses through digital transformation, according to the release from Connecticut Public Broadcasting.

“In addition to his academic experience Mark Contreras is a nationally-regarded and seasoned media leader with diverse experience as a private sector chief executive officer, news industry leader and public media board member,” Barnes stated in the release.

Although Contreras will be moving on from Quinnipiac come the spring, the communications department wishes Contreras the best of luck in his future career.

“It has been a pleasure working with Dean Contreras,” Burns said. “I’m sure that he’ll bring the same the same enthusiasm to his new position with Connecticut Public Broadcasting.”

In light of his year and a half term as dean for the School of Communications, Contreras credits his peers and the support of the school for allowing him to get to this place in his career.

“I really have appreciated the role of my fellow deans in helping me figure out and navigate a number of things,” Contreras said. “The group of deans here are really phenomenal. I really want to single out Mark Thompson for his support over the years and his leadership. I’m still a big fan of the school so I leave with very fond feelings about the university and the School of Communications in particular.”