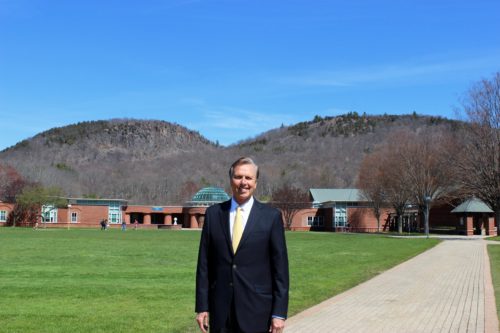 The President of Ireland honored Quinnipiac President Emeritus John Lahey with the annual Presidential Distinguished Service Award, according to a Quinnipiac press release. 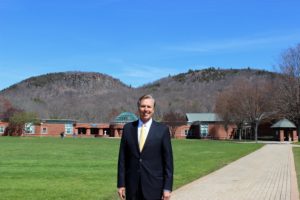 [/media-credit]The President of Ireland, Michael D. Higgins, honored Lahey for his service to Ireland and to Irish communities abroad, according to the release. Lahey served as the chairman of the St. Patrick’s Day Parade in New York City, supported education for Irish-Americans at Quinnipiac and most notably, for his contribution and help in opening Ireland’s Great Hunger
Museum in Hamden.

The museum houses the largest collection of Irish Potato Famine art and artifacts.

“I am deeply honored and humbled to be recognized by the Irish government in this manner, and grateful for the importance President Higgins has placed on Quinnipiac’s Great Hunger Museum,” Lahey said
in the release.

Higgins met Lahey last March at the opening of, ‘Coming Home: Art and the Great Hunger,’ an exhibit that Higgins says will “come to be seen as a landmark event in our continuing attempts to understand the full complexity and totality of the Famine, both in terms of its source and legacy.”

“There is now perhaps no deeper relationship between two peoples than that which exists between the peoples of Ireland and the United States, and that enduring bond has been greatly strengthened and deepened by the labours of Dr. John Lahey, for many years the President of Quinnipiac University,” said Higgins in the release.

The award ceremony was followed by a private dinner hosted by Simon Coveney, Ireland’s foreign minister, and Ciarán Cannon, Ireland’s minister for the diaspora and international development at Farmleigh, the official Irish state guest house,
according to the release.

Coveney called the award, in its seventh year, “a very important opportunity to acknowledge those who have contributed to realizing Ireland’s place as an island at the center of the world,”
according to the release.

In 2012, Lahey was honored as “Irish Person of the Year” at the Irish Leaders of New England Awards for his contributions to the Irish community and historical memory, as well as for his work in creating Ireland’s Great Hunger Museum, Músaem An Ghorta Mhóir, according to
past Chronicle coverage.