Triumph out of tragedy 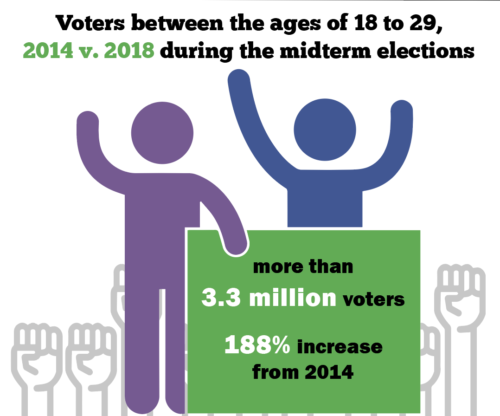 David Hogg was just 17 years old when he survived the largest school shooting in American school history this past February. 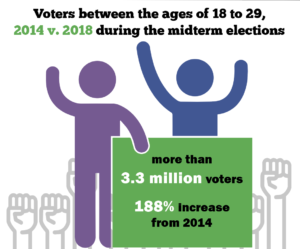 [/media-credit]Now an empowered 18-year-old, just nine months after that fateful day at Marjory Stoneman Douglas High School in Parkland, Florida, Hogg speaks to audiences across the nation to promote active citizenship and gun control, including a stop on Nov. 27 at Southern Connecticut State University (SCSU) in New Haven as part of the university’s “social justice month.”

“David’s grassroots activism and social media mastery has mobilized millions of young people to find their voices, speak out, and engage in change,” Joe Bertolino, president of SCSU, said in his opening address.

Some of these newly mobilized young people were sitting in the stands at the John Lyman Center for Performing Arts at SCSU as Bertolino spoke, eager to hear Hogg’s words of wisdom about how to best impact positive change in their world. The audience of primarily local high school and college students leapt to their feet to welcome Hogg as he entered the stage.

“I never felt that I had a voice strong enough or big enough to take on the gun lobby,” Hogg said after the applause died down. “Or that my voice even mattered that much.”

Hogg, who covered the shooting at his school as a student reporter, eventually realized his voice did matter. He became an activist out of a desire to educate people on what he believed was actually causing mass shootings ─ the inaction of our elected officials.

“Politicians have had the opportunity to change it for x, y and z reasons,” Hogg said. “And those x, y and z are the NRA.”

Following the tragedy, Hogg immediately turned his anger towards the NRA (National Rifle Association), a powerful gun rights lobby, into action by co-founding the March For Our Lives.

The movement took Washington, D.C. by storm in March 2018 when over a million people gathered to protest gun violence in the capital and throughout over 800 sibling events around the world.

“We were confident when we first started out that we could get 90 people,” Hogg said, to laughter from the audience. “Yeah, 90. We had over a million. Thank you to each of you that went to that march. Because of that we have politicians that are now no longer running towards the NRA to get an ‘A’ rating. They’re running away from them, begging for an ‘F’ rating.”

In addition to March For Our Lives, Hogg has spent the last several months traveling the country speaking to gun rights activists who he believed wanted him dead. The purpose of these trips was to prove that he and his fellow students were not “gun-grabbing commies,” but rather kids committed to a safer future.

Hogg recalled sharing this message in the 98 degree Texas heat to a group of angry gun owners, who Hogg later discovered were neo-nazis. The talk lasted over an hour, and by the end, Hogg said the initially violent group cried and hugged him and his peers because the conversation was informative and enlightening for the group who had been fed anti-gun control propaganda for years.

“Hatred is a defense mechanism against what we don’t know,” Hogg said. “And if you can prove to people and explain to them what they don’t know, they can stop that hatred.”

Hogg’s visit to Connecticut comes at a particularly significant time in the state’s history, as the state approaches the sixth anniversary of the Sandy Hook Elementary School shooting on Dec. 14, 2012, in Newtown.

Hogg believes there is more work to be done, however, and calls on young people to get informed and engaged in politics, citing November’s midterm elections as a step in the right direction.

His message of activism especially resonated with Alexandra Peixoto, a senior at Hamden High School who serves as president of Teens Against Gun Violence at her school.

“I was moved to tears at various times in the speech,” Peixoto said. “Hearing him speak just gives me more drive than I already had. They really believe we can make a change and trust me, we will fight like hell until that change is made.”

And change actually was made ─ in the form of increased voter turnout.

In comparison with the 2014 midterms, the surge in early voting was most pronounced among voters ages 18 to 29, with more than 3.3 million voters from that group who cast their votes early. This is a 188 percent increase from 2014, according to data from TargetSmart, a political-data-analysis firm.

Hogg emphasized young voters’ contribution to over 40 candidates who were backed by the NRA being voted out of office.

“There is a price on each one of our heads that has been put there by the gun lobby and so many different organizations,” Hogg said. “The option is up to us as Americans in this moment of history, in this day. Are we going to stand up and fight back against corruption and create that America that it says it is on paper? Are we going to allow this to continue?”

According to Hamden High School senior and president of the school’s Pride Club, Emily Andrews, absolutely not.

“I need to be a voice in my community,” Andrews said. “It was refreshing for him to touch on [LGBTQ+ issues] as well because a lot of people don’t know that gun violence does affect trans women of color at a staggeringly high rate and it’s never talked about.”

While the results of the 2018 midterms are promising to Hogg, he acknowledged the selfish intent of many politicians that still linger on Capitol Hill.

Despite Hogg’s calls for action, some attendees were left with questions.

“I feel like in a way he just repeated himself,” SCSU freshman secondary education history major Gillian Farina said. “I want to know what he thinks about stereotypes of white shooters versus colored shooters because I don’t think he really talked about that.”

Although Farina didn’t receive all the answers she wanted, she expressed her respect for Hogg’s attempts to make a difference.

“I found it hard but inspiring for a teenager to be talking to a [such] a crowd,” Farina added.

Hogg says his passion about these topics stems from his desire to speak on behalf of those who are no longer with us and those who are yet to come.

Hogg concluded his talk with a message of unity and hope for the future, reminding the audience that before any other label we place on ourselves, we are all human.

“We are human beings working together,” Hogg said. “Not as Democrats or Republicans, but as Americans, and fundamentally human beings united against gun violence. And together we can and will as long as we believe that and continue to remember who we are fighting for.”