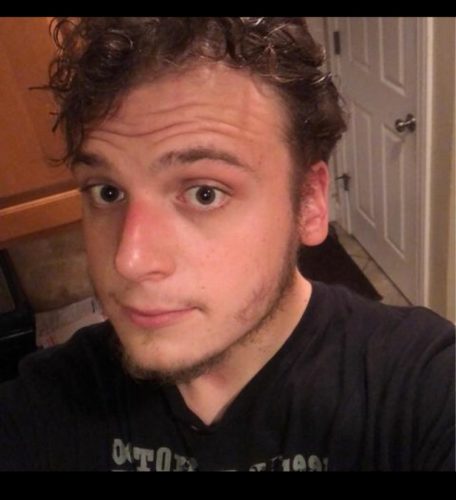 Image of Brozek on the Uber app.

The Public Safety Department issued a ‘timely warning’ regarding an ongoing investigation of an Uber driver that allegedly followed a female student onto the Mt. Carmel campus and entered a residence hall on Friday.

Driver Sean Brozek, 24, was arrested and charged with stalking, threatening and criminal trespassing, according to the statement posted on MyQ. He drives a white 2012 Nissan Rogue with the Connecticut license plate 581-ZJL.

This is not the first time Brozek has been arrested. The driver was arrested on charges of third-degree criminal mischief and disorderly conduct July 9 of 2017, according to a report by The North Haven Patch.

The warning, issued in accordance with the federal law, sent out at 7:44 p.m. today notified the university about an incident that occurred earlier on the Mount Carmel campus forwarded recipients to their MyQ account for more details. Associate Vice President for Public Relations Affairs said that the reasoning for forwarding student to MyQ rather than explicitly stating the information in the alert was to provide a visual.

“We felt it was important to include the picture in the alert and MyQ provides the platform to do that,” Morgan said.

Sophomore health science major Alexa Schmidt and her suitemate, sophomore interdisciplinary studies major Brooke Rosenblum had Brozek as an Uber driver Thursday night, the day before the arrest. They noticed that he acted atypically, when compared to previous Uber drivers they’ve had.

“We had him as an Uber driver on the 29th of November from Main up to York,” Schmidt said. “I was with my suitemate, Brooke. He was talking to us, he was kind of weird and budding into our conversation. He wanted to know what we were talking about and where we were talking about.”

The students who previously have had no reservations about Uber, were surprised at Brozek’s demeanor.

“Most of the Uber drivers around here know that it’s like college students,” Rosenblum said. “If an Uber driver looks sketchy in their profile and has a low rating, I’ll just cancel trip but he didn’t seem sketchy. He has a 4.9 rating so I was like OK.”

Although Schmidt and Rosenblum were not affected by their ride directly, they don’t blame the school or the service for the separate incident that occurred. Schmidt noted that Uber drivers typically undergo a screening process that should prevent incidents like these.

“I think Public Safety does an OK job. It’s not really that hard to get on campus if you just say you’re picking someone up they usually let you through,” Schmidt said. “Uber-wise, they’re supposed to do background checks and stuff I guess, but that doesn’t mean if you had a clear background a few years ago, doesn’t mean you’re going to have one now. So things change, I don’t think it’s necessarily Uber’s fault or Public Safety一everybody could do a better job, but things happen.”

The evaluation of background checks can vary from city to city and is based on criteria specified in local laws and regulations governing ridesharing drivers, as well as Uber’s internal safety standards, according to Uber Help. Major driving violations or a recent history of minor driving violations may result in disqualification. Convictions for felonies, violent crimes,

sexual offenses, and registered sex offender status, among other types of criminal records, are also disqualifying.

Rosenblum says this experience taught her to think twice about getting into the car with Uber drivers in the future.

“I’m just kind of now like you have to be careful who you get in the car with,” Rosenblum said. You don’t know, just based on a picture. “You just gotta be smart and safe.”

The warning encourages anyone who spots Brozek or the vehicle on any of Quinnipiac’s campuses to contact Public Safety immediately at 203-582-6200.