Will Part Time get the recognition they deserve? 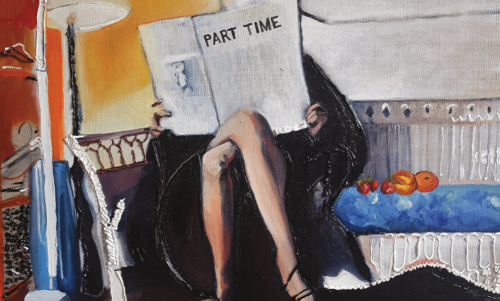 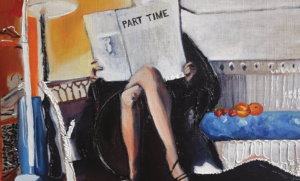 [/media-credit]Los Angeles singer-songwriter David Loca, the mastermind behind his band Part Time, has quietly been making a name for himself in the indie music community since the release of the band’s 2011 debut album “What would you do?” Since then, the band has released five more records, the most recent of which titled “Spell #6” was released on Nov. 6.

Part Time is signed under the New York based indie record label known as Mexican Summer, which has a talented roster including Allah Las, Drugdealer, and most notably, Ariel Pink.The latter of which is featured on the third track of “Spell #6,” “I Can Treat You Better.” Each act signed under Mexican Summer has a niche sound they are associated with, Part Time’s being a throwback to 80s synth with a touch of garage rock and psychedelia.

Part Time’s greatest talent is Loca’s ability to create catchy, synth based music that feels reminiscent of eighties acts like Tears For Fears, Falco and the Thompson Twins (among many others) without sounding like a rip-off. Common criticism that myself and many others hold of their earlier work is its lack of diversity. Many of their tracks sound very similar to one another with their bouncy synthesizers, punching snares and slightly over-the-top vocals. However, the release of Part Time’s 2015 double album “Virgo’s Maze,” Loca showcased more complex songwriting with a vast range of style among the tracklist, it quickly became my favorite among their discography.

“Spell #6” was also produced by Cult Records, the record label founding by The Strokes frontman, Julian Casablancas, as Loca said in an interview with Weirdo Music Forever, “Julian Casablancas has been a fan of my music since my first album came out in 2012.”

The album feels noticeably more produced, which is strange considering Loca is considered one of the “bedroom producers” of the music, but the production of “Spell #6″ had Loca actually recording in a studio for once.

The first of twelve tracks is titled “Before You Fall Apart,” an upbeat song with foggy synthesizers on top of a solid bass line and complex drumming, already setting itself apart from Part Times past discography. The song’s chorus goes “Take my hand before you fall apart” speaking of themes of emotional stress and coping.

Instrumentally the strongest track among the album is titled “The Boys that Made Her Cry.” The track features Bowie-esque vocals and a heavily distorted guitar riff, along with muted keys and a cappella vocals in the background. The song discusses the topics of relationship woes and romantic patterns.

Several tracks among the album have a slowed down, nearly jazz-like tempo such as “I Didn’t Know,” “It’s Alright With Me” and the titular track “Spell #6”. This is a nice change of pace for Part Time, as a lot of their music is energetic and fast-paced. I really enjoy when an artist continually pushes boundaries or tries new tactics in their production.

“Shattered Love” is the fourth song on the album, which showcases several complex high pitch guitar tracks over each other, complimented a brute yet bouncy synthesizer track. In a sense, this song reminds me of Duran Duran’s “Hungry Like the Wolf” with its sharp guitar riffs. Oddly enough, the song also contains several unexpected but welcomed harmonica solos.

Personally, my favorite track is listed at number five, “So Far Away.” The song is very eery and starts off very simplistic, but slowly a complex, high pitched synth track and several vocal samples. For me, the strength of the song lies in what I believe to be it’s meaning, dealing with the struggles of ambition in failure. Overall, “So Far Away” is melancholy, that being said, right before the final chorus come the lines “Begins a world anew, and you’re wearing the crown.”

While some tracks are better than others, there is not one bad song on “Spell #6.” I’m really happy to see Loca further pushing his limits as a singer and a songwriter, fusing his typically synth-based retro sound with more blues and folk influences. While I don’t enjoy “Spell #6” as much as the previous album, “Virgo’s Maze,” it is still very consistent and creative in its fifty-two minute run time.