The 90’s never felt so modern 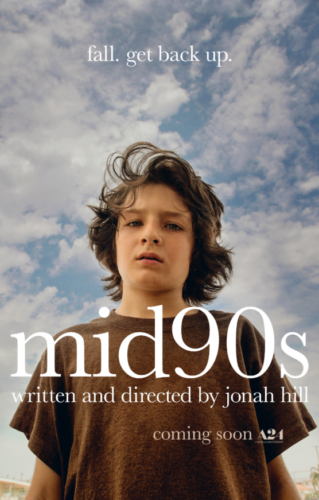 Film studio A24 has produced a number of acclaimed indie films in the past four years, including 2017’s best picture winner, “Moonlight” among others such as “The Disaster Artist,” “Lady Bird,” “Ex Machina” and “Good Time.” Its newest feature, “Mid90s” directed by Jonah Hill, sets out to capture the mid-90’s skateboarding scene in the Los Angeles area.

Hill has already had a successful year, starring alongside Emma Stone in Netflix’s “Maniac,” but now he’s positioned behind the camera and on the typewriter. Hill’s transition to director is surprisingly fluid, calculated and nostalgic. “Mid90s” is filmed with a slight 90’s grain in a 4:3 aspect ratio. While so focused on re-creating an era, the film does not alienate viewers who never lived during that time. 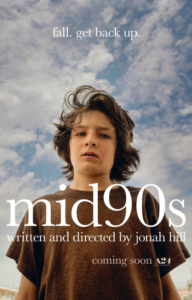 [/media-credit]Trent Reznor and Atticus Ross team up to score the film, creating a synth heavy ambient score that is a wonderful addition to emotional scenes. Beyond the score, “Mid90s” features a plethora of 90’s music featuring artists such as Wu-Tang Clan, Nirvanna and A Tribe Called Quest. The soundtrack is always booming while complimenting the sun soaked skate parks.

Sunny Suljic plays Stevie, a sheltered 13-year-old who lives with an abusive older brother and his caring, yet busy mother. Stevie lacks a sense of belonging and befriends four teenagers working at a skateboard shop. As he becomes more enthralled in the world of skateboarding, Stevie learns to become more rebellious and open minded, finally feeling like he has some skill. For the first time, Stevie is in a world without boundaries and rules, as his friends guide him through the chaos.

The performances in “Mid90s” are extremely impressive given that there are few professional actors in the film— Sunny Suljic, Katherine Waterston and Lucas Hedges.

The extras in the film were pulled off of the street and in one moment, there were professional skateboarders such as Olan Prenatt, Ryder McLaughlin and Na-Kel Smith participating in the scenes. The stand out performance was Smith as Ray, the big-hearted and extremely talented skater who Stevie worships.

In an interview with Consequence of Sound, Hill explained his vision for the actors.

“They [the kids] didn’t want to improvise,” Hill said. “They were super hyped on becoming these people in a script I had worked on for three years.”

All the characters have extremely believable chemistry and bounce off each other extremely well. A dynamic that was particularly interesting was between two of Ray’s friends within their group, Prenatt’s character Fuckshit and McLaughlin’s Fourth Grade. Both of these characters are lost in such a lawless land, following Ray with contrasting levels of innocence.

From a directorial angle, “Mid90s” is impressive coming from a first-time director. Hill and cinematographer Chris Blauvelt frame every shot extremely well with such little space. Every scene, simple or complicated, is discernible without becoming mundane. Several scenes are filmed handheld, and the subtle shaking works to portray the danger of skating and the crazy nature of the time. As a director, Hill blurs the boundaries between the basic and abstract, reflecting the changes Stevie is facing in his life.

At under an hour and a half in length, the film never slows down or leaves the audience bored. The story is fast paced, while also giving Stevie time to grow from playing video games on his couch to smoking cigarettes on a skateboard. While some characters get more screen time than others, no one feels under utilized or stiff like a caricature. However, the film ends abruptly, with one or two loose ends hanging.

“Mid90s” features a great balance between Hill’s experiences as a teenager and his own creative input as he explained to NPR.

“Even though this isn’t my story, I wanted to show someone going through deep pain and a real sense of hope through community,” Hill said in the interview.

In fact, Hill makes “Mid90s” his own story through it’s unique portrayal of a time mostly untouched by film. In the grand scheme of things, the 90’s were not that long ago and the film paints a beautiful picture of a land where rules did not exist and teenage angst ruled the streets.