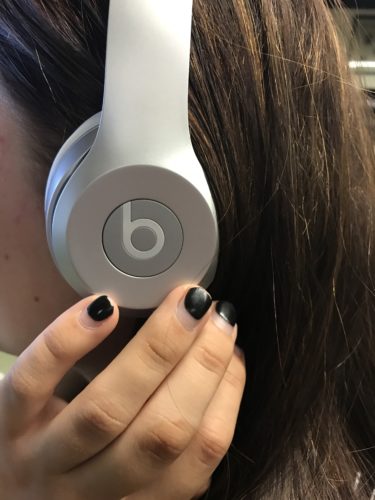 Those who spend a lot of time on YouTube may have come across videos of people whispering into microphones and tapping on household objects. Some people who stumble upon these videos are confused and discomforted, while others find themselves pleasantly entranced. Those who are in the latter category may experience a phenomenon known as ASMR. 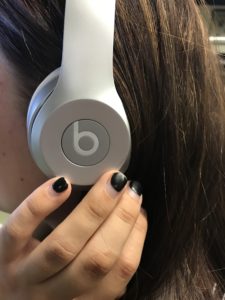 [/media-credit]ASMR, which stands for Autonomous Sensory Meridian Response, is a unique sensation of relaxation, joy and an odd tingling around the head and neck. Time Magazine describes it as “a brain orgasm.” This sensation can be triggered by listening to certain sounds, usually with headphones. Whispering and light tapping on surfaces are a few common “triggers” that make people experience ASMR. Some self-titled “ASMRtists” have found their career making YouTube videos to help people experience this phenomenon.

Many people, however, first feel ASMR accidentally, when going about their day-to-day lives. Some say they first experienced the tingling sensation as children, when a friend played with their hair. For others, the feeling is triggered when they watch people write on paper, play music, repair broken objects or perform other tasks that require focus.

A scientific study on ASMR found that the most common triggers for study participants were whispering, personal attention, crisp sounds and slow movements. These triggers could stem a mental association with interpersonal bonding, according to Dr. Craig Richard, publisher of the study and founder of ASMR University, an online resource center for ASMR.

Over 11 million ASMR videos exist on YouTube, and some videos get as many as 40 million views, according to Medium. However, not every one of these views represents the footprint of an ASMR enthusiast. Some viewers are merely bewildered by what they see and hear in ASMR videos.

“At first I thought it was a little weird,” freshman graphic and interactive design major Michael Palumbo said. “It was definitely intriguing. I don’t know if I’d watch another video though. I didn’t get chills or anything like that.”

Some people have a more negative response to ASMR videos.

“[It made me feel] uncomfortable,” sophomore accounting major Nicole Ninesling said, who had watched an ASMR video that included the sounds of a person eating. “I just did not like the way the sounds were.”

“[I listened to it] once. I didn’t like it. It was a lot of mouth sounds. I know that some people find it soothing or therapeutic, and I completely respect that. That kinda stuff is just not for me,” Levine said.

Brianne Swanson, freshman biomedical sciences major said that listening to an ASMR video was, for her, akin to hearing “nails on a chalkboard.”

Though ASMR is not yet a widely-researched phenomenon, one scientist has a theory as to why some people don’t experience ASMR, and why some even have negative reactions to common ASMR triggers. He believes that some people have ingrained, biological affinities for ASMR, while others do not.

“Nearly everyone produces endorphins, dopamine, oxytocin, and serotonin. But the ability to feel those molecules in response to a ‘strange’ stimulus [such as ASMR] may differ between individuals,” Dr. Craig Richard wrote in his origin theory of ASMR.

Despite the fact that not everyone has the same response to ASMR videos, an increasing number of people with insomnia, anxiety, and depression are finding relief in them.

In the ASMR communities of YouTube and Reddit, many people with anxiety and depression say they have felt an improvement in their mental health after they began to watch ASMR videos. Those with insomnia report better sleep when they listen to ASMR sounds in bed.

For those who don’t know if they can experience ASMR or not, there are various videos on YouTube that feature common ASMR triggers. Some of these are named “ASMR Tests” and are generally best watched with headphones.