Quinnipiac University reported creating or saving 23 jobs after receiving $270,052 in funding from the American Recovery and Reinvestment Act of 2009, also known as the stimulus bill.

The University had to report the 23 jobs to the government after dividing the amount of money received by the hourly salary of an average work-study job, according to Dominic Yoia, senior director of financial aid at Quinnipiac University.

Nine hundred ten students received work-study from Quinnipiac last year.  This year’s number will not be known until the end of the academic year, Yoia said.

“Did we create 23 exact new jobs?  No,” Yoia said.  “Did we spread it among more than 23 students?  Probably.  I don’t know how many more awards we were able to do as a result of that, but it certainly would’ve exceeded that.  But our students don’t work full-time, and if they weren’t working in work-study, they’d be working on the Quinnipiac payroll.”

The $787 billion stimulus package, signed into law on Feb. 17, 2009, gave the state of Connecticut more than $1.6 billion and created more than 7,533 jobs, according to Recovery.gov, the official Web site that provides informatin about the legislation.  A large portion of the overall $787 billion – $90.9 billion – was appropriated to U.S. schools.

Yoia said most of the schools across the state received stimulus money, so this case isn’t unique to Quinnipiac.

“The $270,000 is a work-study number,” Yoia said.  “Historically we get the roughly same amount of work-study money every year.  This year we got about a $270,000 increase, so that allows us basically to offer students opportunities to work and earn money while they go to college with the Federal Work-Study program.”

Freshmen generally receive a $2,000 work-study award and returning students earn $2,200, according to Yoia, allowing students that qualify for the program to work eight to 10 hours per week each semester.

Junior broadcast journalism major Corey Hersch thought his work-study job was in jeopardy at the end of the 2008-09 school year.  The University announced plans to close the game room in the Carl Hansen Student Center, where Hersch worked, to expand the University bookstore in time for the beginning of the new academic year.  Hersch said he was worried he wouldn’t have a job when school resumed at the end of August. 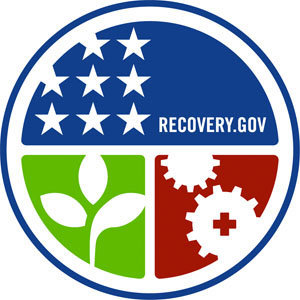 “I spent all summer looking for another work-study job,” he said.  “I came to school this year without anything lined up.  I assumed I wouldn’t have a job for the semester.”

“About two weeks into the semester, I got a call from [Associate Director of the Student Center and Leadership Development] Nicolette Yevich asking if I wanted another job in the Student Center,” Hersch said.  “She said that she knew she wanted to give former game room employees a first crack at new Student Center jobs.”

Yevich said there were eight students, including a game room manager, who worked in the game room last year.  She said that the qualified students who did not graduate were all able to get placed elsewhere.

Though Quinnipiac reported receiving $270,052 from the stimulus bill, the Department of Education reported Quinnipiac has received or will receive $861,496.  Yoia did not know for sure what this amount was and Recovery.gov did not go into much detail.

One explanation, he speculated, was that the increase in the Pell Grant was included in that total.  The Pell Grant is a federal grant for college students and it is awarded based on financial aid needs.

This grant was increased to $5,350 from last year’s total of $4,731 – a difference of $619 – as part of the American Recovery and Reinvestment Act.  Six hundred sixty-eight students are receiving Pell Grants this year, Yoia said, and if that number is multiplied by $619, the result is $413,492.

“That’s genuine money,” Yoia said.  “Pell Grants went up across the country for everybody, so students actually benefitted from that.  And generally with our work-study program, we’ve had more students than we’ve had jobs, and we’ve always had more jobs than we’ve had money.”

Yoia said he wasn’t sure if the stimulus package is accomplishing what it was supposed to do.

“When you look at the tens of thousands of agencies that had to report, did we in fact save the world by adding all of this stimulus money?  I’m not convinced,” he said.  “There are just so many creative ways that I think these figures were calculated.  Certainly, more money is good, but whether or not it was designed to accomplish what the government thought, I think the jury is still out on that.  We’ll have to wait and see.”

But on a more personal and local level, Yoia didn’t complain that Quinnipiac received more money for the students.

“We can spread it among more eligible students, which is wonderful,” he said.  “We’ve been waiting for years for this to happen.  We request more money every year and we never get it.  This is the first year we got it, so we’re thrilled.”