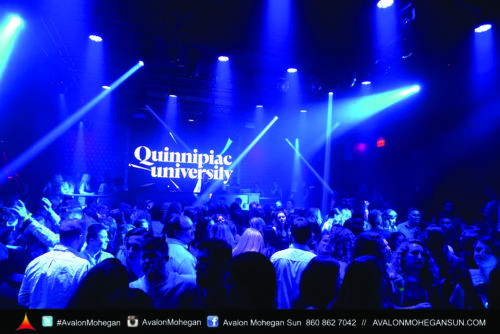 Straying from the original model used in past years, the Class of 2019 received the final results of the anticipated decision of a new senior week plan, the senior experience model. An email was sent by Campus Life on Friday, Oct. 19 further explaining what this model will entail for students in the events leading up to graduation.

“Your senior experience will consist of multiple events throughout the spring with all important information being released over winter break,” according to the email.

Seniors were able to share their opinions on what type of model they’d prefer in a survey sent through email on Wednesday, July 18 and were given another opportunity to make their voices heard once more when a second survey was released on Tuesday, Sept. 18 leaving only two options for the seniors to choose from.

The first option was a multi-day senior sendoff model that included four events over the course of three days and two nights. Seniors would live on campus during those days. The price range varied between $300 to $350. The second option and the winner of the survey, the senior year experience model, contained a lower price range of $100 or less for events that will take place throughout the school year.

Hannah Pancak,  assistant director of campus life for student centers & student involvement, said that the two options had an almost 10 percent difference in votes, making it a very close race. The multi-day senior sendoff had a total of 45.71 percent of votes while the senior week experience model had 54.29 percent.

“I expected it to be close, but I had a gut feeling that some students might be better off with the experience piece,” Pancak said. “Almost 46 percent are going to be upset with this but more than half of their peers wanted something else.”

Pancak said there should be an email coming up next year to detail the list of events that will be planned for the seniors.

“After January 1, people are going to be looking for their email of the exclusive package of what we’re going to be offering,” Pancak said. “On top of that, we’re also going to include a lot of other things that the campus is offering for seniors, only reminding them about the yearbook or senior photos. We’re going to be giving them more, but for the main events coming from our office they’re going to be posted in January.”

Pancak said that within the email sent out by Campus Life, there is a section that talks about signing up for an exclusive email list which she encourages the seniors take advantage of.

“If they’re on that list, I might be sending out updates a little sooner than (January).” Pancak said. “So I would encourage people to sign up for that if they want exclusive news or to be a part of some decision making.”

If any seniors are upset with the results of the survey, Pancak said that she would be happy to speak with them.

“I have an open door where if they stop by Campus Life and I am available, I’m more than happy to sit down with people that might be upset and frustrated to go over and explain anything in person.” Pancak said. “I am hoping that everyone who wants to partake will partake, but I’m here to listen to people’s concerns. So they’re happy to email me directly or stop by the office.” 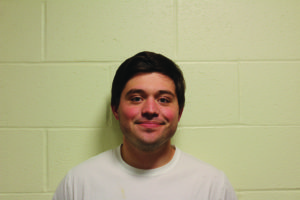 “Senior week being spread out over the semester, rather than one week, I view it as a double edged sword. While we do have that one extra week at the end of the semester before commencement to spend with our families, it would also be nice to just go out and have fun without having to worry about classes. So while it’s good that they’re willing to try it, I just wish we weren’t the class to do it.” 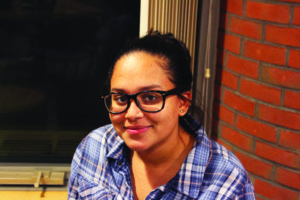 “Partially, I like it, because the other options were really expensive. I feel like people like the smaller events – it’s more affordable and more people can do it. If people were going to the casino or traveling, I feel like less of their friends would want to do it. So I don’t mind it, but on the other hand, it is nice to have just a whole week for seniors at Quinnipiac because we’ve been here for four years, so why not get that celebration?” 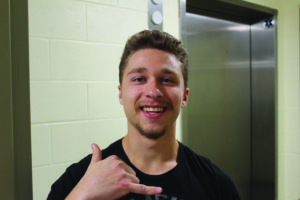 “I feel like it will be pretty interesting depending on how the students react to it. I don’t know if people would be too busy with schoolwork versus just having that one week at the end of the semester to not worry about schoolwork anymore.”

Speak Up reporting by Jeremy Troetti