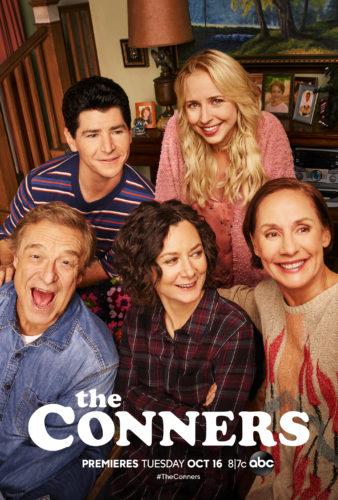 The jokes start to be told and the laugh track is cued, and then it hits. Only a few seconds into the start of the episode. It’s the line that everybody is waiting for, the answer to the question that’s been on every political commentator, entertainment reporter and fan’s mind. What happens to Roseanne Conner without the return of Roseanne Barr?

This, of course, comes after the infamous actress was  fired from her sitcom where she played a version of herself.

The answer is that the now infamous matriarch has been killed off. Originally, it was thought by her family to be from a heart attack following knee surgery, but it was revealed in a autopsy that Roseanne Conner died from an opioid overdose. Little clues of Roseanne’s problem were sprinkled throughout the show in the most recent season that met a deadly turn after one tweet from its star. 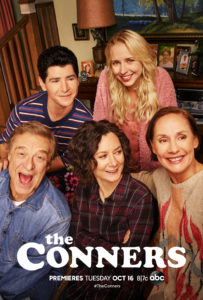 [/media-credit]In early 2018, a revival of the hit 90’s comedy series Roseanne premiered to hit ratings. Bringing in 18.44 million U.S. viewers for its premiere episode, according to ABC. A spotlight was shining bright on the cast, mainly Barr, because her famous character, similarly named Roseanne Conner, is now a Trump supporter. Rarely has Hollywood tried to portray a Trump supporter in a positive light. Barr is also a Trump supporter in real life.

But the glistening high ended in late May 2018 for Barr, as she was fired from her hit sitcom. The crime that did her in was a single tweet that was politically charged and seemingly racist, in regard to Valerie Jarrett, a former top aide to President Barack Obama. Barr compared Jarrett to a character from the movie franchise “Planet of the Apes.” Following the tweet, ABC, the network that houses Roseanne, swiftly cancelled the high rated program.

Now ABC and the rest of the cast are starting over. It’s the reboot of a reboot, titled “The Conners.” The entire episode is centered around the remaining family processing their grief of losing a mother, wife and grandmother. There is one particular scene with Sara Gilbert, who plays Roseanne’s daughter Darlene, and Laurie Metcalf, who plays Roseanne’s sister Jackie, that is absolutely heartbreaking. The scene has Jackie obsessively reorganizing Roseanne’s kitchen, because she is afraid to go home because it would mean leaving Roseanne behind. Roseanne’s husband, Dan, played by John Goodman, processes his grief by letting the woman who gave Roseanne the pills that were responsible for killing her know what she did.

Unfortunately, there has been much controversy with the show starting over without their title character. Will they be able to replicate the same comedic magic that the show captured previously? After all, how does one show continue without their main character? Many conservative fans of the show said they wouldn’t watch “The Conners” without Barr apart of it.

“I agree that she [Barr] should have been fired,” freshman finance major, Gianna Reimo said. “I don’t think you should stop something because of one person.”

Many saw the firing of Barr as another Hollywood attack on conservative values. Many conservatives criticize the entertainment industry for their liberal leaning views.

“I think it’s fine. She got fired, they should be able to do it without her,” freshman nursing major Maria Piccirillo said, also agreeing with the shows continuation without Barr.

Many students also agreed that it was smart of ABC to fire the actress from the program for her inappropriate and offensive comments. Many conservative outlets like Fox News were critical of ABC following the firing of Barr.

“It’s probably a good idea that they kicked her off the show,” freshman criminal justice major Ariana Manco said.

Barr, after the episode premiered, commented on how the writers handled her absence on the show tweeting, “I AIN’T DEAD, BITCHES!!!!”

However, contrary to Roseanne’s belief, her character is very much dead. Barr had to sign all creative and financial control away. This statement remains as an attempt by Barr to grab the spotlights attention and gain some publicity. It is still unknown whether the show can survive without its main character, but obviously ABC is hopeful if they chose to green light the series.