The NFL is making progress 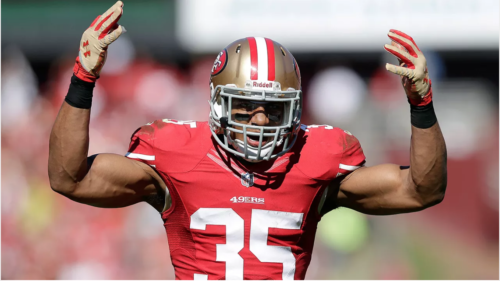 At the end of the 2017 NFL season, Eric Reid became a free agent after his contract expired with the San Francisco 49ers. After being drafted 18th overall in the 2013 NFL Draft, Reid was a one-time Pro Bowler during his rookie campaign and a starter for 69 of his 70 career games. In five seasons with the 49ers, Reid accumulated 375 tackles, 10 interceptions, two forced fumbles and two fumble recoveries. 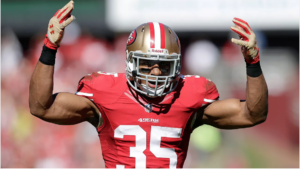 [/media-credit]Additionally, in his final season with the 49ers, Reid displayed his versatility by lining up as a linebacker in nickel package defense. A player of Reid’s caliber would assumably have been signed early during NFL free agency.

However, he remained unemployed until the last week of September.

Prior to the Panthers making this signing, Reid was best known for being the first player to silently protest alongside Colin Kaepernick during the the 2016 NFL season. They both had the intention of kneeling during the National Anthem to bring attention to the racial inequality and police injustice in the U.S.

Also similar to Kaepernick, Reid has filed a collusion case against the NFL. As defined in the NFL’s collective bargaining agreement in Article 17.1. a: “No Club, its employees or agents shall enter into any agreement, express or implied, with the NFL or any other Club, its employees or agents to restrict or limit individual Club decision-making.”

Even though Reid is officially signed, he does not necessarily have to drop his grievance case against the league.

The popular opinion among many NFL fans was that Reid’s public stance on social issues was the primary reason he was not on a NFL roster. The Panthers decision to sign Reid before their bye week was a move that pleasantly surprised people. But from the team’s point of view, it is unsurprising. Safety Da’Norris Searcy was placed on injured reserve after he sustained two concussions in the last month. This left an opening for a new starter to come in.

The overwhelming reaction to Reid’s return to the NFL among pundits and players was elation.

Browns running back Carlos Hyde, who played with Reid and Kaepernick in San Francisco, said following a Cleveland practice, “For real? I’m so happy for him. It’s been too long.”

“Congrats 2 my brother Eric Reid, all pro safety who should have been signed the 1st day of free agency, who has signed a football contract. He was the 1ST person 2 kneel alongside me,” tweeted Kaepernick. “Eric is a social justice warrior, continues to support his wife, two beautiful daughters and communities in need.”

“It’s an incredible day for the NFL,” said ESPN’s Stephen A Smith on “First Take” the day Reid was signed.

I am in complete favor that the Panthers signed a player who is more than deserving to be on any NFL team. Unfortunately, I cannot engage fully with the utmost joy and satisfaction.

Reid’s welcome back to the league reminds me that 31 NFL teams did not want him for four weeks of the season. If his ability to play football was not in question then I believe his absence from the NFL was due to his outspokenness on social issues.

His return also reminds me that Kaepernick’s exile from the NFL has been over a year. It is impossible for me to be truly pleased with Reid’s return because he is not the only player to have been ignored by teams.

The likely thinking behind the hold back of a team taking a chance on Kaepernick would be the possibility that he decides to continue kneeling and bringing press outside of football. As it turns out, that is not the reason Kaepernick is not in the league, as proven by the kneeling done by Reid in the Panthers Week 5 match against the New York Giants.

On a call with D.C. media, Panthers head coach Ron Rivera said he has no problem with Reid’s kneeling during the National Anthem.

While I am pleased to know Rivera is fine with Reid’s protest, I still have trouble understanding what might be holding Kaepernick back from receiving the same opportunity. If the Panthers utilized the same logic, why wouldn’t they have Kaepernick be their back-up quarterback? He is accomplished, qualified and experienced. They must have tremendous confidence in the abilities of their current second string quarterback, Taylor Heinicke, who in his three-year career has one completion for 10 yards.

I like Reid’s one year deal, but I am not satisfied with it. It is only a single year he will be on contract. There is no promise he will have a long-term future in the league. It is very well possible that Reid may be unemployed at the beginning of the 2019 season.

And if both Kaepernick and Reid are out of the league, what actually changed?