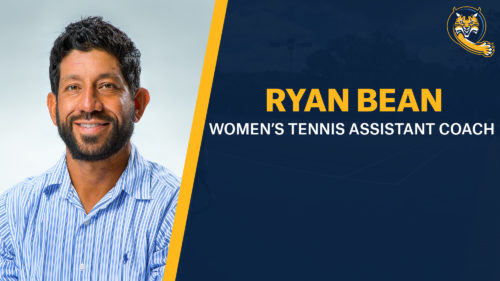 Paula Miller has been at the forefront of the Quinnipiac tennis program for 21 years – both men’s and women’s. This year, she’s getting some extra help.

Miller, the women’s tennis head coach since 2014 and an assistant on the men’s and women’s side for the 17 years prior to that, currently serves as director of tennis in addition to her coaching duties. That’s a load to handle. This season, after employing a part-time women’s assistant coach, Miller has brought in her first full-timer – Ryan Bean. 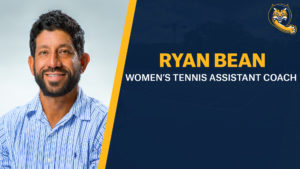 [/media-credit]Bean is no stranger to tennis, or Hamden. A graduate of Quinnipiac in 2002, Bean played for former men’s tennis head coach Mike Quitko from 1998 through 2002. In 2010, Bean returned to Quinnipiac as an assistant coach and head recruiter of the men’s program, where he served those roles until 2013.

“One of the things I like about working here in particular is that I went here,” Bean said. “I know what it’s like to be a student athlete here. I love Quinnipiac – I met my wife here. The tennis program here – we were a family when I attended – and that’s something that’s just special to my heart.”

Even when Bean left Quinnipiac, he never left tennis. He has served as director of tennis at the Lake Naomi Club in Pocono Pines, Pennsylvania, as director of development at Milford Indoor Tennis and as a tennis professional at the Trumbull Racquet Club and Tennis Club of Trumbull, among other positions.

With all that tennis experience, something still drew Bean back to coaching at the Division I level.

“I’ve been in the tennis industry ever since I left Quinnipiac,” Bean said. “One of the things that I really enjoy doing within the industry is coaching and working at this level – especially with Quinnipiac students in general. There’s no other experience like it. I’ve coached high-level juniors, adult high-level, beginners, all that stuff, but I really just enjoy my time [at this level].”

In coming back to Quinnipiac, Bean returns to some familiar faces – faces that haven’t really changed since his playing days.

“I knew Paula in 1998 [when Bean was a freshman],” Bean said. “She was the assistant for Mike Quitko, who was my coach here and Paula’s coach. [He’s] the reason that we are as successful as we are now… I met her as a freshman coming in. We’ve just always been together, on and off the court. Our families are very close as well, which just makes coming back here another bonus.”

Bean and Miller had that relationship when he was a player and she was a coach, but they also worked together during Bean’s second stint in Hamden when he coached with the men’s program.

“We worked closely when he was the men’s assistant,” Miller said. “His enthusiasm is great. Ryan’s been great coming and having a different aspect of practice. We both learned through coach Quitko. I know where Ryan’s been doing it for 20 years now and he brings a different aspect, which I like to change things up and get things moving in the direction of development.”

Part of the different aspect Bean brings is to practice. In the past, Miller’s assistant coaches have worked separate full-time jobs and Miller has been forced to run every practice while still overseeing the entire tennis program. Bean gives her some much-needed support when things get busy in the office.

“I’ve been having him take control and just run practice for me,” Miller said. “It’s great having someone here every day at practice whereas before I was doing everything in the office [in addition to practice]. We talk about what we’re going to work on each day but I have him run with it and put things together for us.”

Looking at the recent record of the women’s tennis team, it’s tough to say they really needed a change like this. The Bobcats haven’t lost a conference match since joining the MAAC in 2014, going a perfect 29-0.

Winning your conference means an automatic bid to the NCAA Tournament, and that’s where the trouble lies for this team – and where Bean feels he can help. In each of their five trips to the tourney, the Bobcats have been swept out of their first match.

“One of the big things we’d like to do is make some ripples in the NCAA Tournament,” Bean said. “Obviously, we’re not taking for granted the fact that we’re successful in the MAAC. We [face] tough teams and there’s always going to be tough competition, but collectively we want to have more success once we get in the NCAAs.”

For now, the Bobcats are gearing up for a long season. They’ve played in four invitational tournaments thus far, and their first MAAC match is on Oct. 6 at home against Rider.

The bulk of their matches come in the spring, but this fall season is about getting ready to play your best when the warmer weather rolls around.

With Miller and Bean now leading the charge, Quinnipiac is confident it can continue to dominate the courts.