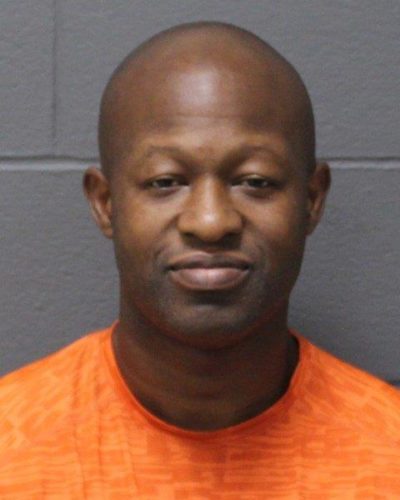 Former Quinnipiac adjunct professor and West Haven resident Tcho Caulker, 41, is under arrest and charged with harassment of a former student, Friday Sept. 21.

Eighty-four unwanted emails were sent between Aug. 9 to Sept. 14 and addressed specifically to the former female student who graduated in May 2017 after a civil protection order was signed July 30 that prohibited Caulker from contacting the victim or the victim’s family in any matter, according to Southington Police Department. 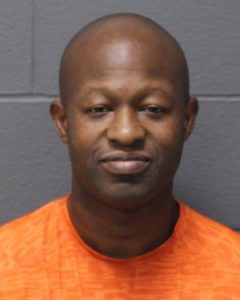 [/media-credit]The former student, a Southington resident, reported the emails to Southington Police on Sept. 14. The following day, investigators spoke to Caulker who admitted to sending the messages. Caulker said he was aware of the civil protection order and knew he should not have reached out to her, according to the warrant. He said he does not plan to contact her any further, investigators wrote.

Caulker was charged with criminal violation of a civil protection order and second degree harassment, according to a Southington Police Department press release.

The victim made it clear that this email was not the first.

“The professor had been sending me multiple inappropriate emails a day for the past 11 months and was saying how he would do anything to get a hold of me and was telling me he knew where I worked and my family and was sending me pictures of them,” the victim and former Quinnipiac student, who wished to remain anonymous told The Chronicle.

Harassment in the second degree is a misdemeanor crime, O’Neill said. It happens when someone causes annoyance or alarm to the other person through communication.

An initial complaint was investigated April 24, on the incident of ‘harassment by phone’ against Caulker, according to a Hamden Police Department report.

One of the emails that prompted the complaint was addressed to the victim along with four female Quinnipiac students and a female student at Eastern Connecticut State University. The victims were students as of the spring semester, and it is unsure if they currently attend either university.

The inclusion of the then undergraduate students and the inappropriate nature of the content of the email prompted Caulker’s removal from campus on Tuesday, April 24.

Caulker confirmed in the April police report that he intended for the spring to be his last semester teaching at Quinnipiac regardless in order to pursue publishing.

When asked if he ever had a romantic relationship in any way with the victim, Caulker hesitated to answer the question and eventually told investigators that they were supposed to go out in the past but never did, according to the warrant.

Caulker was held on a $10,000 court set bond and appeared in Bristol Superior Court Monday, Sept. 24. His bail was set at $5,000 and he was issued a criminal protective order that prevents him from contacting the complainant, according to The Bristol Press.

Caulker did not enter a plea Monday and is due back in court Oct. 19, according to The Bristol Press.