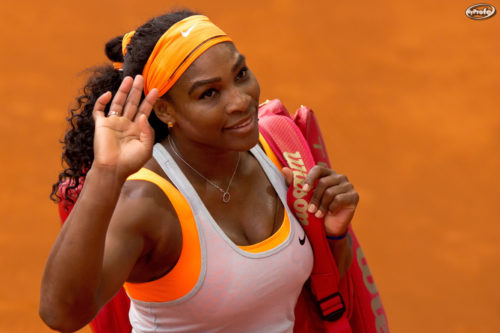 Serena Williams continues to be a topic of discussion following her controversial loss at the US Open.

During the second set of her Sept. 8 match, Williams was given a code violation for “coaching” from the box after her coach, Patrick Mouratoglou, was seen giving a hand gesture from the crowd. Furious with the call, Williams told the umpire, Carlos Ramos, that she would rather lose than cheat.

“It was not coaching,” Williams said. “I do not cheat to win. I would rather lose. I just want you to know that.”

The tennis star then received a penalty point for racquet abuse and a game penalty for calling the umpire a “liar” and a “thief.” 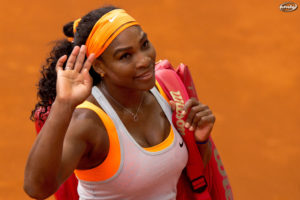 [/media-credit]The last penalty resulted in her opponent, Naomi Osaka, getting a 5-3 lead. Osaka proceeded to serve out the victory of 6-2 6-4.

In her post-game press conference, William’s called out the double standard that women face in tennis. She points out that men have called the umpires numerous words, worse than “thief” and have never received penalties.

“I’m here fighting for women’s rights and women’s equality,” Williams said. “And for me to say ‘thief’ and for him to take a game, made me feel like it was a sexist remark. He’s never taken a game from a man, because he said thief. For me, it blew my mind.”

After Cornet returned from a ten minute break with a fresh shirt, she realized she had it on backwards. By removing her shirt and revealing her sports bra, she received a code violation, even though men are allowed to change their shirts on the court. In that same competition, Novak Djokovic, the 2018 U.S. Open Men’s winner, sat without a shirt during the changeover.

Junior occupational therapy major Grace Senra believes there is a divide in how women and men are allowed to conduct themselves during tennis.

“The men are allowed to act in one way and respond to the umpires and yell, change their shirts and smash their racquets,” Senra said. “But when Serena speaks up, she gets bashed or disrespected, especially on social media, and harshly punished in the match.”

Billie Jean King, 39-time Grand Slam winner, wrote in an op-ed for The Washington Post claimed that William’s race and gender were the major factors in how the game played out.

“Women are treated differently in most arenas of life,” King wrote. “This is especially true for women of color. And what played out on the court yesterday happens far too often. It happens in sports, in the office and in public service. Ultimately, a woman was penalized for standing up for herself. A woman faced down sexism and the match went on.”

Although many came to William’s defense, there were still those who felt that the tennis star overreacted.

This past week, the Australian-based newspaper, The Herald Sun, published a vulgar cartoon drawn by Mark Knight. The drawing has come under a lot of fire after many went to social media, claiming it was drawn in a Jim Crow era fashion.

The cartoon features Williams with grossly exaggerated lips, weight and nose, stomping on her racquet, with a pacifier nearby. Ramos can been seen in the back asking a white-washed and blonde Osaka if she could let Williams win.

“The cartoon completely discredits Serena of all hard work she has put into the sport with the ref asking Osaka to just let Serena win,” freshman interdisciplinary studies major Anusha Saco said. “It is disgusting and so disrespectful to multiple parties like Serena, Osaka, women of color, and women athletes.”

The Herald Sun defended the cartoon in an article titled, Herald Sun backs Mark Knight’s cartoon on Serena Williams, claiming it had nothing to do with William’s race or sex.

“The cartoon was about her flare-ups during the final — during which the tennis champion was penalised by the umpire for coaching, smashing her racquet and abuse, and was later fined — not about racism or sexism,” the article said.

Djokovic, came to Serena’s defense, arguing that the players were under a lot of pressure fighting for the Grand Slam Trophy but that her sexist claims were far fetched.

“I have my personal opinion that maybe the chair umpire should not have pushed Serena to the limit, especially in a Grand Slam final … He did change the course of the match,” Djokovic said. “It was, in my opinion, maybe unnecessary.”

Although, there are mixed feelings about the initial call, Serena Williams and many other activists have used this opportunity to call an end to the sexism and racism that has no place in the tennis or elsewhere.