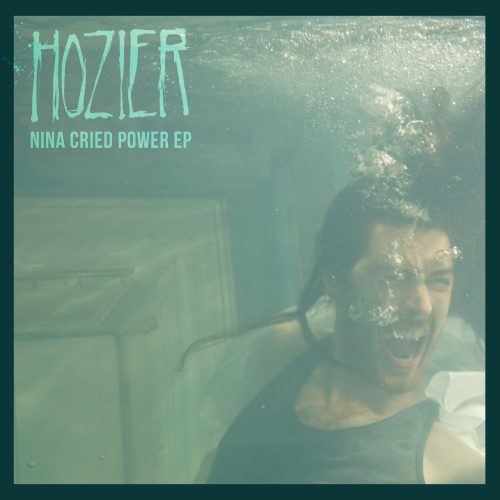 Hozier thrilled fans when he released his newest EP, “Nina Cried Power,” on Sept. 6. After staying quiet for two years, the artist brought fans back into his music with four unique and powerful songs. Each song draws listeners into a different world, showing them that the wait for new songs was well worth it. In addition to the EP, Hozier will release a full-length album in 2019, giving the music world something to look forward to in the coming year.

The first song on the EP, “Nina Cried Power,” starts the release off with a bold sound that is sure to surround those who listen with headphones. This song is a tribute to great American artists, referencing singers like James Brown, Patti LaBelle and Pete Seeger. Hozier tells fans that “it’s not the waking, it’s the rising,” emboldening listeners and telling them that it is their actions and their internal fires that will carry them through life.

[/media-credit]The singer collaborates with Mavis Staples, a soulful gospel singer. Staples lends her talent throughout the piece, especially during the bridge. Her bluesy, raspy voice takes control and tells listeners to, “rattle [their] chains if [they] love being free,” highlighting the joy of musical freedom after struggles of protest in the past. This song starts the EP off on a commanding note.

The EP continues with “NFWMB.” Decoded, the song’s full title is “Nothing F**ks With My Baby,” hinting at the overall tone of the piece. This song is more mellow and dark, with deeper bass tones and an ominous, haunting guitar line.

Hozier takes listeners down a harrowing road, singing, “Ain’t it exciting you, the rumble where you lay?” describing bodies rolling in their graves. His lyrics almost seem to detail a heartbreak and softer side to the artist, mentioning how, “If I were born as a blackthorn tree / I’d wanna be felled by you, held by you / fuel the pyre of your enemies,” sending feelings of depression and longing to listeners.

This song truly makes fans think, wondering what the true meaning behind Hozier’s mysterious writing could be.

Third on the EP is “Moment’s Silence (Common Tongue),” which starts with a commanding guitar solo and more upbeat rhythm. In this song, Hozier describes the joy behind physical pleasure and dismisses the criticisms that come with it. He cries “So summon on the pearl rosary / let the reason come on the common tongue of your lovin’ me,” conveying the power behind physicality. By providing religious references throughout the song, Hozier alludes to both the sacred value behind sex and the conservative thoughts that look down upon such behaviors. The song draws a connection that supplies listeners with interesting conversation topic while a bold,  defiant score accompanies the views.

The final piece, “Shrike,” begins with a sound very similar to that of “Cherry Wine,” an earlier Hozier song. In this song, Hozier describes the pain of not appreciating the beauty of a relationship while it is alive, even if it had its rough patches. With lyrics like “I couldn’t utter my love when it counted / Ah, but I’m singing like a bird, ‘bout it now,” fans can hear the raw emotion behind Hozier’s writing and connect it to similar experiences in their lives.

The song includes an important piece of symbolism. A shrike is a bird that impales its prey on thorns, and Hozier tells his former loved one to “remember [him] love, when [he’s] reborn / as a shrike to your sharp and glorious thorn.” The shrike needs the thorn to assist its survival, and Hozier is trying to convey that his lost loved one is his thorn, carrying him through life. Strings are an important musical feature in this piece, providing a deep, rich bass sound as Hozier pours his emotions into the open. An emotional ending to an emotion-filled EP, “Shrike” is a song that leaves listeners with a sense of nostalgia and remembrance.

“Nina Cried Power” takes fans on a rollercoaster of highs and lows, but holds true to the artist that Hozier has been and will continue to be. If his album is anything like this EP, Hozier is sure to please fans once again, giving them music with powerful messages and resonating instrumentals that will make them press replay over and over again.