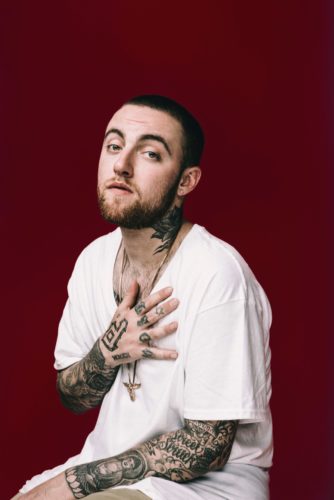 Rapper and producer, Mac Miller, died in his San Fernando Valley home on Friday, Sept. 7, sending shockwaves of grief through the music industry and his fan base.

An apparent overdose, the hip-hop legend was only 26 years old at the time of his untimely passing.

As reported by TMZ, a friend found the Pittsburgh-born musician and placed a 911 call. Miller was pronounced dead on the scene shortly after authorities arrived. 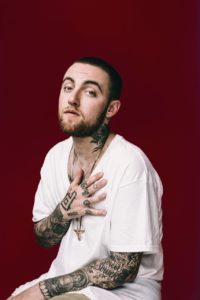 [/media-credit]The drug that Miller overdosed on has not yet been specified, but US Magazine reports that he was scheduled to a shoot a music video later that day.

“I honestly wanted to cry,” sophomore mechanical engineering major Justin Delgado said, echoing what so many others are thinking.

“I was so distraught because I grew up on him and he really paved the way for me. He just had a really relatable experience for me through his music.”

His overdose comes after a long battle with substance abuse and addiction.

Miller, who was born as Malcolm McCormick, has spoken candidly about his demons several times.

“I love lean; it’s great. I was not happy and I was on lean very heavy,” Miller told Complex in 2013. “I was so fucked up all the time it was bad. My friends couldn’t even look at me the same. I was lost.”

And in May of the following year, Miller released his tenth mixtape, “Faces.” This record presents a dark and introspective look at the rapper’s mental health and substance abuse. He goes so far as to mention that his habit “will probably put me in a coffin” in a track titled “What Do you Do.”

Speaking to Billboard in 2015, Miller said that the “Faces” mixtape represented a dark time for him personally.

“I was doing a lot of drugs around that time,” Miller said. It just eats at your mind, doing drugs every single day, every second. It’s rough on your body.”

Not only was he losing his battle with drug addictions, Miller said that he was suicidal at the time of its recording.

“’Grand Finale’ was supposed to be the last song I made on earth,” Miller reflected. “I don’t feel that way as much anymore.”

A year later in 2016, Miller released a deeply personal documentary titled, “Stopped Making Excuses,” where he opens up about being a white rapper, making music, legacies and yes, overdosing.

“I get fucked up, let’s keep it real,” Miller said. “I get super fucked up, still, all the time. That will never stop. But I’m in control of my life. I’m not fucked up right now. I’m chillin.”

As for overdosing, well Miller didn’t seem to think it was very “cool.”

“Overdosing is just not cool. There’s no legendary romance. You don’t go down in history because you overdosed. You just die.”

Those words are now haunting to casual and dedicated fans alike; one YouTube comment summarizing what so many are feeling.

“Signs were all there,” YouTube user DomoDolo commented. “RIP.”

The news has also sparked a cascade of reactions, particularly so from his music business peers. Fellow rappers J. Cole,  Drake, Wiz Khalifa, Khalid and Chance the Rapper have all offered their support to Miller’s friends and family.

Former girlfriend, Ariana Grande, posted a picture of Miller on her Instagram over the weekend. Caption and colors absent, the post went on to garner 10 million likes, but 0 comments.

The pop songstress disabled comments from her post after receiving a myriad of hateful posts that were directed toward her. Many social media users pointed to the recent end to their relationship as the reason for Miller’s untimely passing.

And while some remember Miller as the ex-boyfriend of Ariana Grande, others Miller the addict; most are simply mourning the loss of Miller the musician.

And to a lot of his fans, the music was personal.

“He could take different parts of his music and just relate them to my own life through different things that I was dealing with,” Delgado said. “He’s almost like a big brother in a way.”

Delgado says that something about Miller was relatable to him, especially during his adolescence and transition from middle to high school.

Although not a die-hard fan, junior physical therapy major Kaeley Brennan says that this tragedy needs to be considered in the ongoing discussion about substance abuse and mental health.

“There definitely should be more resources out there in terms of where people can go who are struggling with this,” Brennan said. “Maybe more information about it and what we can do to prevent it.”

As for how Miller would want to be remembered, Delgado says he thinks it’d be all about his good nature and heart.

“Mac Miller would definitely want to be remembered by his openness to everyone,” Delgado said. “He always had a big brother feeling. He always brought everyone in. No one was left out. Never uptight. Always down-to-earth. Good vibes… He’s his own person so he should leave his own legacy behind.”