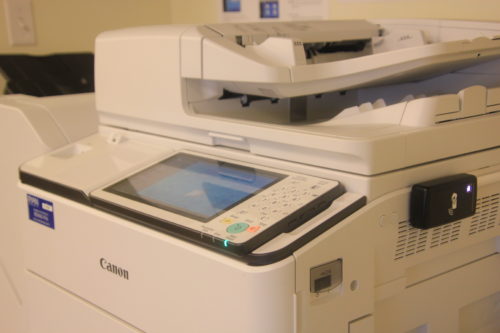 Nearly 100 multifunction printer systems located on the Mount Carmel, York Hill and North Haven campus have been updated by Information Services in time for the fall semester. 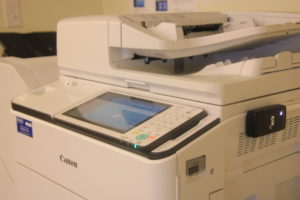 [/media-credit]Kristina Duran, junior biomedical marketing major said she tried to use one of the printers during the first week of school to print out about 50 pages for one of her courses, but struggled getting that done on the new system.

“I swiped my card in the printer and nothing came up even though it already said I had added it to my QCash account,” Duran said.

Duran went to the Quinnipiac Tech Center for assistance. They helped her download a software on her laptop which helped her computer connect with the updated printers. Duran said that this experience was troublesome because she wasn’t made aware of the changes to the printers.

“It’s annoying because I wasn’t aware of the change,” Duran said. “We get so many emails from the school over the summer that I don’t necessarily open each one especially in the first weeks of school when you’re getting so many different emails from different people.”

She believes the university should have a sign on the printers, informing students that they need to update their software or see someone for assistance.

The university released a statement on June 28 on MyQ, that included in-depth descriptions of the updates and instructions on how to use the new system.

“This change will not only provide updated hardware (and) printers, it will also provide several new features to streamline your printing, scanning and copying processes,” according to the MyQ statement.

From there, Wachtarz and a team of about 10 people from Information Services reported to Fred Tarca, vice president and chief information technology officer [CIO] to begin the process of upgrading the printers.

Wachtarz said it took approximately a month to exchange all of the equipment across the three campuses and bring an elaborate multi-server solution online.

Amy Molina, desktop support specialist said that having more colored printers on campus is the best improvement that could’ve been done to benefit the students. Molina said these colored printers are located in the Arnold Bernhard Library, Tator Hall and the Center for Communications & Engineering building on the Mount Carmel Campus.

“I think that’s going to be a huge improvement for students, because what we’ve always run into is that something goes wrong with one printer, it goes down for a bit and then suddenly no one can print in color on campus,” Molina said. “Now there’s a few others, so if any of them have to be repaired then someone could just go to a different office and get it printed. It’s a much smoother experience.”

Molina believes that it may take more time for students to truly recognize the changes made to the printers, but with any new technology it takes time.

“I think it’s got enough improvements that it’s going to be a really good thing long term,” Molina said.