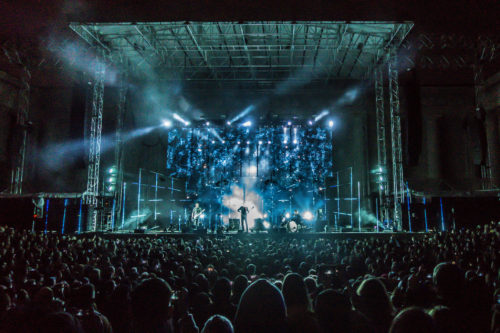 The New Zealand country star will be making two stops in the area on his Graffiti U World Tour– and soon. Urban will be playing Mohegan Sun on Sept. 7 and 8. The tour is in support of his latest studio album, “Graffiti U,” and will be opened by up-and-coming country starlet Kelsea Ballerini.

Horan will be coming to Connecticut on Sept. 14, when he will be performing live at the XFINITY Theatre in Hartford. This show comes at the tail-end of his Flicker World Tour, and will feature Maren Morris as the opening artist. 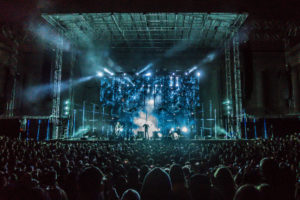 Elton John’s turn to play the XL Center comes on Sept. 19, where fans will get the chance to see the legendary singer-songwriter on his three-year long “Farewell Yellow Brick Road Tour.” Wrapping up in 2021 with what John says will be his last shows before retirement, even casual fans should make an effort to see this icon before he calls it quits.

The former “Drake and Josh” star will be making a much anticipated appearance at Toads Place on Friday, Sept. 21. The 32-year-old singer and actor set out on his national tour on September 1, and is promoting a string of recent singles. Advanced tickets are available online for as little as $20.

The “Kevin’s Hart” rapper will be stopping at the XL Center on Sept. 26. Cole’s been out on the road this summer with a fresh batch of songs off his latest disc “KOD.” Fellow rapper Young Thug is set to make a special appearance alongside J. Cole.

The “One Kiss” songstress will be hitting the stage at Wallingford’s Oakdale Theatre, on Sept. 30. Tickets can be purchased through Ticketmaster for as little as $20, and availability is limited. The English singer and model is best known for her hit “New Rules,” and is gearing up to release her second studio album sometime next year.

Miss Jackson has been putting on show-stopping performances during her comeback “State of the World Tour,” and now it’s time for Connecticut fans to get a glimpse of the action. Jackson is scheduled to perform at Mohegan Sun on Sept. 30– one of the last stops on her year long tour. This performance comes just after the release of her latest single, “Made for Now.”

Xtina will be stopping at Mohegan Sun on Oct. 6 as a show from her “Liberation World Tour.” Following her album release of the same title, this is Aguilera’s first concert tour since her “Back to Basics Tour,” marking a decade since she last hit the road.

In the final stop of his nationwide tour, the storied Bob Dylan will be paying the Palace Theatre in Waterbury a visit on Nov. 20. A prolific songwriter and musician since the late 1950s, Dylan became famous for his Civil Rights and anti-war anthems– many of which continue to be relevant today.

No stranger to New Haven, Lil Yachty is returning to the Elm City on Oct. 31 to perform at The College Street Music Hall. A stop along his “Disrespect Tour,” the 21-year-old rapper will be joined by Bhad Bhabie– the Dr. Phil Show guest turned hip-hop star. Tickets for this sure to be explosive show are only $30 online.