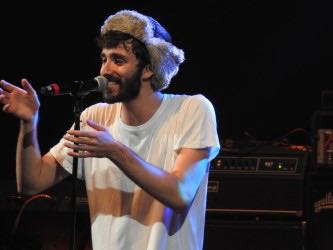 This past Thursday, Aug. 30, the Student Programming Board (SPB) announced the annual Fall Fest headliner that students have been eagerly awaiting. The group headlining Fall Fest is indie-pop group AJR with special guest PUBLIC.

As students gathered on the lawn outside of the student center, senior Mainstage Chair, Olivia Morgan, revealed the artists for this year’s Fall Fest.

Fall Fest is Quinnipiac’s annual fall concert that is free for all students and includes many food trucks and activities set up all around South Lot that encourages students to have some campus interaction while enjoying themselves and having fun.

Fall Fest is on Sept. 15 in South Lot on Main Campus.

AJR was formed in New York City in 2005, and is known for their singles “Weak,” “Burn the House Down” and “Sober Up.”

Following the release of “Weak,” AJR went straight to the top 10 on the Billboard Dance Club Chart and has since gone platinum.

The opener of the event, PUBLIC, is another indie band with electronic influences, with their most popular singles being “Pretty Faces” and “Make You Mine.”

After the reveal of these artists, students shared their excitement.

“We were telling our friends when we were all together the other night and [we] started playing their songs,” sophomore journalism major Katie O’Keefe. “All their popular ones like ‘Weak’.”

Both of these bands having a similar indie-pop sound is no coincidence though. Each year, SPB sends out a campus wide survey which helps the organization select the artists that most closely match the wants and interests of the students.

“We were looking at the data after Fall Fest last year with [another survey] for Wake the Giant,” Morgan said. “We use that data to make this decision, to see which way the students want [the concerts] to go and I think this artist fits where they want it.” 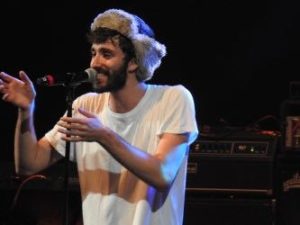 [/media-credit]Students are looking forward to attend the event and many are surprised at the headlining artist.

“I didn’t know I knew as many of their songs,” sophomore physical therapy major, Sara Anoushian said. “I’m looking forward to the concert.”

SPB and Morgan have been planning this decision since July and although it seems like an easy process, there were some hiccups while planning the event.

“We were kind of hesitant with the price at one point, but we were able to get them where we needed to and it worked out,” Morgan said. “We’re trying to make it a completely free event, we’re still trying to make sure that the food trucks are free – that’s one of our goals since the concert itself is free.”

This is Morgan’s first time as Mainstage Chair and she couldn’t have been more happy with this outcome.

“It’s been a really fun learning experience on my end because how often do you get to plan a concert?” Morgan said. “It’s been really cool working with the campus partners to get this put together.”

However, this decision wouldn’t have happened if students hadn’t given their feedback.

“When I’m making those decisions, I have the students in mind and I have all the major parts of the survey listed in my notebook to make sure they get what they want.” Morgan said. “We try the best we can to get [the students] what they want.”

The surveys sent out by SPB are a crucial part to landing musicians to play at Fall Fest to make sure the students enjoy the fall event while also increasing involvement between students and student organizations.

“I think it’s really important that whenever an organization sends out a survey trying to get student feedback… to answer them, because [the organization] is just trying to make their programs better for the students,” Morgan said.

“We’re trying to make it a fun afternoon for the students, hopefully it will be cooler and we won’t have anyone passing out. We just want them to have a nice time.”