It goes down in the VM… A 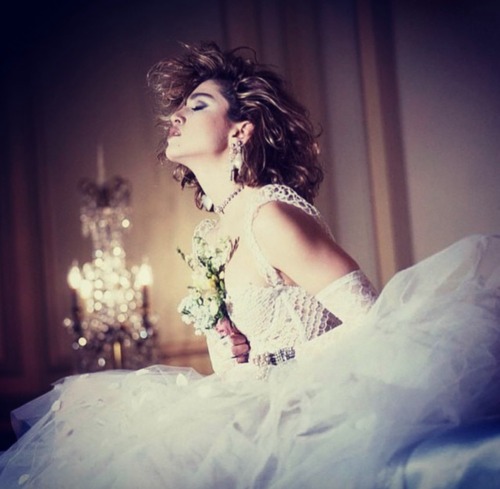 The bright lights. The public outrage. The spacemen. Only one cultural phenomenon involves these three entities.

Well, actually two phenomenons do. But this article is about last week’s Video Music Awards, not alien-based conspiracy theories.

The 2018 VMAs, uncharacteristically held in Midtown Manhattan’s Radio City Music Hall, made generous use of its tried and true traditions. Glowing with star-power, the award show shimmered with some of Hollywood’s most well-known personas. Despite the glitz and glam, a lot of big names were notably absent, and the social media realm was at times critical of the annual presentation.

Shawn Mendes opened the show, delivering a dramatic performance of his summer hit, “In My Blood.” Ending in a theatrical downpour, the 20-year-old was drenched by the time he exited the stage.

Mendes’ presentation set the bar for the rest of the show– a series of respectable, yet predictable performances followed, with several pop artists promoting their latest work.

Nicki Minaj brought the heat from Downtown New York’s Oculus, rapping and dancing to tracks from her latest record “Queen.” She also took home the award for best hip-hop video for her track “Chun-Li.”

Minaj’s partner in crime, Ariana Grande, promoted her latest single “God is a Woman,” with a Gospel-tinged homage to the diversity of women. The performance comes on the heels of the release of her fourth studio album, “Sweetener,” and featured a cameo from her mother and grandmother.

Over the programs 24-year history, the VMAs has made something of a reputation for itself as being the raciest, most controversial award show. It doesn’t have the prestige and formality of the Grammy Awards, and MTV knows that. In fact, the television network has been able to use it to their advantage, encouraging their performers to push the envelope.

But as audiences become harder and harder to outrage, those signature scandals seemed to be missing from last Monday’s presentation. However, pop-icon Madonna was still able to turn a few heads all for the wrong reasons.

No stranger to the VMA stage or controversy, the newly 60-year-old star took the stage to present the evening’s biggest honor: Video of the Year. Before announcing Camila Cabello’s “Havana,” Madonna stood affront an adoring audience with a display of the late Aretha Franklin behind her, implying that she was preparing a tribute speech to the undisputed Queen of Soul.

What followed was a meandering retrospective of her, as in Madonna’s, career. She described first moving to New York in the 70s with nothing, fearing for her safety and wondering where her next meal would come from.

“Aretha Louise Franklin changed the course of my life,” Madonna began. “I left Detroit when I was 18. 35 dollars in my pocket. My dream was to make it as a professional dancer.”

The rest of her speech detailed her road to success, in a way only Madonna could; long-winded and self-indulgent. 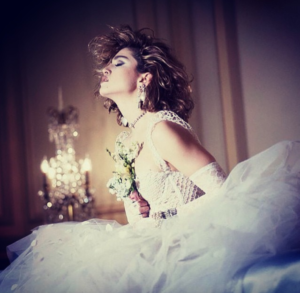 [/media-credit]And although an eloquent and inspiring story, it was hard not to feel slightly uncomfortable. A larger-than-life image of Ms. Franklin stood watching Madonna as she recounted an autobiographical self-narrative; “Respect” quietly playing in the background. She loosely connected it to Franklin when she reminisced about singing the famous “(You Make Me Feel Like) A Natural Woman” during an early audition.

Social media buzzed in the moments that followed, with @kiiajai tweeting “I hope the VMAs issue a public apology for allowing Madonna to disrespect Aretha Franklin’s legacy like that.” Garnering nearly 2,000 likes, she clearly was not the only one who disapproved.

This isn’t the first time Madonna has been accused of making what is supposed to be a tribute about herself. In fact, at the 2009 VMAs, she was nominated to say a few words on Michael Jackson’s passing.

“When Michael Jackson was six, he became a superstar, and was perhaps the world’s most beloved child,” she opened. “When I was six, my mother died.”

As for this time around, the pop-icon decided to clap back at her naysayers via Instagram. She explained that she was asked to share any Aretha-related anecdotes from her career, and feels she did just that.

“I shared a part of my journey and thanked Aretha for inspiring me along the way,” the singer wrote. “I did not intend to do a tribute to her! That would be impossible in 2 minutes with all the noise and tinsel of an award show. I could never do her justice in this context or environment.”

Accompanying the lengthy caption was a photo of Madonna alongside Camila Cabello, who not only won the Video of the Year award, but Artist of the Year, making her one of the night’s biggest winners.

Jennifer Lopez was another big winner, taking home Best Collaboration for her single “Dinero,” featuring Cardi B and DJ Khaled, along with the legendary Video Vanguard Award.

Lopez marked her achievement with a massive 10-minute production of chart-topping hits. Absolutely shining in a golden body suit, the 49-year-old superstar sang and danced her way through her entire career without missing a beat.

The sheer diversity of music her career has spanned is impressive in and of itself. The island vibes of “Waiting for Tonight,” urban swagger of “Jenny from the Block” and the brashly avaricious “Dinero” were all represented in Lopez’s flawlessly cohesive medley.

“It has been an incredible journey of dreaming my wildest dreams, and then kind of watching them come true,” Lopez said during her acceptance speech. “This career has always been kind of an obsession for me.”

The Bronx native’s performance was undoubtedly the biggest moment of the night.

Simply put, she gave the crowd what they have come to expect from the VMAs, and what they had been waiting for the whole show. The thing is, Lopez is from a different generation in music, one that emphasized showmanship and star power far more than today’s era. Her showing was a nod MTV’s glory days, that, according to many, simply have gone by.