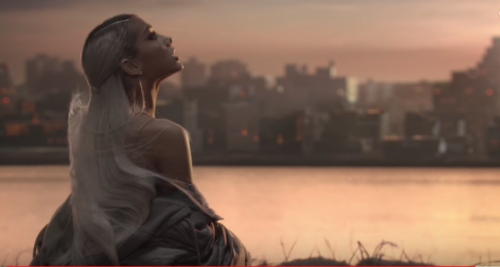 “Sweetener” is an album full of complexity and is unlike anything Ariana Grande has produced before. Grande’s fourth album was released on Aug. 17, “Sweetener” goes beyond current pop sounds through the subtle vibe and impressive vocal range she uses within the songs that make up this album. This sudden change in Grande’s normal genre of music is possibly because she is the lead writer, for the first time ever, of the songs on the album.

For Grande, this album is more than just another music album; it is something very personal. This album is the first one that she has completed since the 2017 Manchester bombing that happened at her own concert, which was apart of the “Dangerous Woman” tour. This experience reshaped the songs that make up the “Sweetener” album along with her recent engagement to comedian Pete Davidson, whom she dated for only a few weeks. The two announced that they will get married this upcoming June.

Both of these events helped Grande create the 15 songs that make up “Sweetener.” Instead of her typical pop songs that usually have the theme of sex, Grande sings about self-love while also revealing to her listeners about her own struggles.

One of the songs on “Sweetener” that tackles this subject is the lead single “no tears left to cry,” which connects back to some of Grande’s life altering events, discussing how she is moving past them and learning how to love herself.

Another aspect of “Sweetener” that makes it unlike any of Grande’s past albums is that pop producer, Pharrell Williams, and Swedish producer, Max Martin, each worked on a few of the tracks on the album.

Williams worked on seven of the songs on “Sweetener,” bringing a unique new sound to Grande’s music. 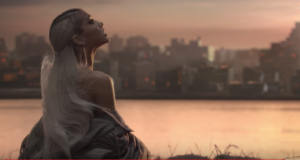 [/media-credit]In one of the songs on the album, “The Light is Coming,” Williams utilized his other profession as a fashion designer by including a Coco Chanel quote in the lyrics. In that song and in others, Williams adds melodies and beats that are unexpected to be a part of a Grande song.

Williams’ unique style being a part of Grande’s album helped with producing the closing track, “Get Well Soon,” which has a similar beat to her well known ballad “Honeymoon Avenue” that is on her 2013 album “Yours Truly.” His help allowed for Grande to bring her music full circle, celebrating the idea of enduring love.

Martin, on the other hand, worked on five of Grande’s tracks, including hits “No Tears Left to Cry” and “God is a Woman.” He also helped with the song “breathin,” which is climbing up the ranks, possibly becoming another major hit.

For the song “Better Off,” Grande worked closely with her producer Tommy Brown. The song is about a boy who has a nice body, but not a full heart. In the song, Brown mentions Davidson in the song when Grande sings, “I thought you into my life. Whoa, look at my mind.”

“Sweetener” has become the third Grande album to earn the number spot on the Billboard Top Album Sales and the Billboard 200 Charts. Grande addresses this fact via Twitter.

“hello everyone! Sweetener is officially number one n i jus wanted to say thank u so much,” Grande tweeted. “Ik these things don’t really matter but i am over the moon grateful n i just want to thank u for all ur warmth n for receiving this project w such love thank u for all that u do.”

Although “Sweetener” has gone beyond Grande’s normal style of pop, it definitely worked in Grande’s favor, becoming the number one album in the U.K. This album is her second album after “Dangerous Woman” in 2016 to have a very strong opening sales week. “Sweetener” has hit big record sales, streaming and downloads.

Not only did Grande get to the top of the charts, she knocked down albums “Mama Mia! Here We go Again” and “The Greatest Showman” to ranks two and three.

“Sweetener” is available for streaming or to buy on “Apple Music,” “Spotify,” “iTunes,” and at local stores.