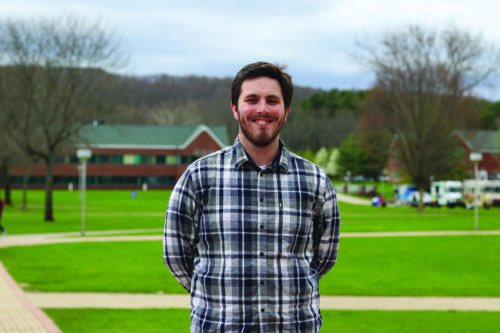 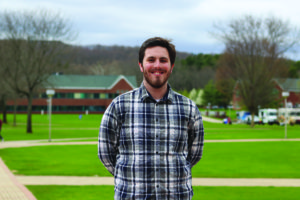 How a tragic event changed my collegiate career

The first being that my dad, who was battling Amyloidosis for three years, had passed away.

The aftermath of his death led to the other way that that day changed my life.

When my dad passed, I was in the middle of my sophomore year at Quinnipiac. I hadn’t really done much during my first year and a half though. I would go to class…and that was really it. I “dabbled” in student media, but really wasn’t invested in it.

My father’s death was a wake up call for me. It made me realize that I hadn’t accomplished what I wanted to accomplish yet. I was nearly halfway through college and I had nothing to show for it. And if I kept doing what I had been doing, my collegiate career would have consisted of me just doing the bare minimum. His death showed that nothing was guaranteed, even living a long and healthy life.

So, I made it a mission to get more involved in things I wanted to do.

And it made me realize my passion for journalism even more. Over these last two and a half years I’ve significantly increased my involvement in student media as I’ve realized my love and passion for it. I’ve also significantly grown, in my humble opinion, as a journalist because of it.

And that leads me to the other point that I want to make; Quinnipiac provides the opportunity to reach your goals.

My classes allowed me the opportunity to learn from veteran journalists. They allowed me to work with equipment that professionals use and get hands-on experience. The Chronicle allowed me to become an editor and be a part of the process of making a newspaper.

Writing for The Chronicle also allowed me to cover some pretty cool things, such as the women’s rugby team’s playoff run to win a third consecutive national title or covering games for one of college hockey’s top programs over the last decade. But the coolest were covering games in two NCAA women’s basketball national tournaments. And I wouldn’t have gotten that opportunity if I didn’t get involved with student media when I did.

As I leave Quinnipiac, I know that my biggest regret is not getting involved sooner and that it took a tragic event for me to realize that it was time for me to get off my ass and do something.

But even though my father’s death was a sad event, it did change my life for the better. It made me not only realize my passion for journalism, but it also made me work harder. And it also made me realize that Quinnipiac gave me the chance to do what I wanted to. And for that, I am forever grateful.