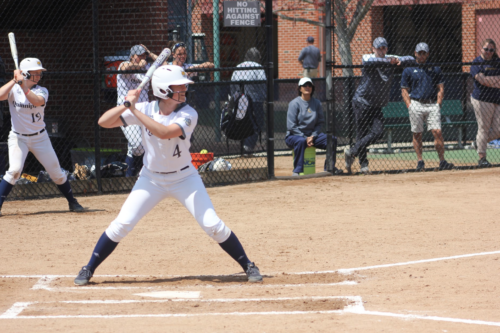 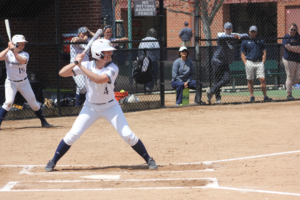 Despite the performance, Quinnipiac head coach Jill Karwoski believes her team can still compete at a high level.

“It’s two disappointing losses,” Karwoski said. “Every game in the MAAC counts, and we’re going to have to look for some help from our conference foes to get us into the tournament and we have to take care of business next weekend.”

Fairfield was ready from the start, scoring two runs in the first inning, two runs in the second inning and one in the third inning. But, the Bobcats were given length by senior pitcher Casey Herzog who pitched all seven innings, allowing five runs and striking out seven.

“I think [Herzog] has an opportunity to win MAAC pitcher of the year,” Karwoski said. “Last weekend she had a great weekend and it’s great to see for the competitiveness the level of pitching in our conference.”

Although the Bobcats and Stags had six and seven hits, respectively, the difference of the game was runners left on base, as Quinnipiac had five.

Game two was different as the Bobcats found something with the bats and scored three runs in the third inning and three in the fifth inning. Senior Lexi Courtney had two RBIs and one hit, a triple. Senior infielder Miranda Magana added a double with two RBIs.

“You always love the fight they show,” Karwoski said. “We give up one run, and then it turns into two runs and that just can’t happen especially with how important these games are. You can’t teach the ability to fight back, but this team has that,”

Both games displayed two sides of the Bobcats play, which are pitching and offensive play. To win, Karwoski wants to see both sides come together for a more consistent performance.

“You always want to improve on both (offense and defense) and there is never a right answer because you can always grow,” Karwoski said. “I think it’s more of the pressure and execution of in high-level situations that we need to fine-tune a little bit.”

The Bobcats will have a chance to start on Tuesday, as they face Sacred Heart at home at 3:30 p.m. and look to continue their push for a berth in the MAAC tournament.