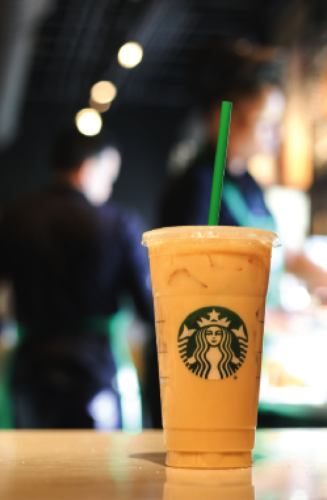 When two black men walked into a Starbucks chain in Philadelphia, things did not go as expected. Donte Robinson and Rashon Nelson were waiting at the popular chain for their third companion, who was supposed to be joining them for a meeting, when an employee called the police. The complaint that caused officers to respond to the coffee shop was trespassing. As Nelson waited for his friend, he requested the code for the bathroom which the manager refused to give out. He returned to his seat upon the denial of his request according to Nelson. However, the manager of the chain recalls that Nelson cursed at her prompting her to call the police.

The incident sparked national outrage. Protests began and users took to Twitter to express their shock and anger towards the event. The outcome? Starbucks announcing that it would be closing the majority of its chains for Racial Bias training to prevent future incidents on May 29.

As for Robinson and Nelson, the event seemed unreal.

“It didn’t really hit me what was going on — that it was real — until I’m being double-locked and my hands [are] behind my back,” Robinson said in an interview with ABC News.

However, the incident that occured on April 12 was not a new or unique experience for black men and women around the world. This incident, along with similar ones, has been called “retail racism” and “black tax” among others.

“Anytime I’m encountered by cops, I can honestly say it’s a thought that runs through my mind,” Nelson said in an interview with ABC news. “You never know what’s going to happen.”

As for students at Quinnipiac, many are still surprised that, while segregation ended five decades ago, racial bias still occurs daily.

“I think it’s shocking,” Sophomore doctor of physical therapy major Nadia Filipic said. “I think that many people go into public places or Starbucks and use bathrooms without having to pay for anything so I think that’s shocking. I think it’s something that definitely has to do with racial profiling.”

Filipic was not the only student who was surprised by the event.

“Obviously this can’t happen,” sophomore criminal justice major Dustin Conrad said. “I’ve gone into restaurants just to use the bathroom and I think for them to get in trouble is wrong on Starbucks part.”

Starbucks CEO Kevin Johnson released a statement apologizing for the actions of the company. However Quinnipiac’s Starbucks branch was unable to speak out about the event without permission from corporate headquarters.

“Our practices and training led to a bad outcome — the basis for the call to the Philadelphia police department was wrong,” Johnson said in a statement released on the company’s webpage.

Along with an apology, Johnson revealed that Starbucks would close around 8,000 locations on May 29, 2018 for racial bias training. In attendance will be almost 175,000 employees including those in Philadelphia.

While Johnson has good intentions, many wonder if the training will be enough.

“I think it’s a good thing,” freshman nursing major Olivia Messina said. “I don’t know if it will actually solve problems but it might make people more aware of the issue.”

Many students are hopeful that training will solve problems but with an issue that has been going on for so long, it’s no wonder that the training is surrounded by concern.

“Hopefully it will solve the problems but we’ll have to see what actually comes out of it,” Conrad said.

As for the effect on business, the Starbucks line at Quinnipiac has kept its usual length.

“I think [the incident] will affect some people,” Filipic said. “If you have an attitude that you’re very proactive and this type of incident is going to affect the business that you give to people then I think some people will be affected by it but others will just want their coffee and they’re just going to go.”

The long Starbucks lines, that seems to wind its way throughout the Carl Hansen Student Center, does not reflect the opinion of all students at Quinnipiac.

“I think it is affecting the business,” Conrad said. “I think some people see that as looking bad on the whole company and people might decide against it.”

Robinson and Nelson are hoping that it will promote change in the next generation. Robinson hopes that it will serve as a lesson.

“I want young men to not be traumatized by this and instead [be] motivated, inspired,” Robinson said in an interview with ABC News.

Nelson has similar hopes to Robinson’s as he wants people to understand the extent of the issue.

“It’s not just a black people thing; it’s a people thing,” Nelson said in an interview with ABC News.