Going against the grain with The Chronicle Sports 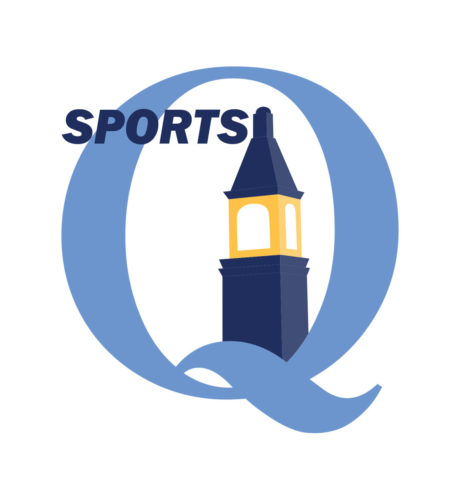 “What? California? What are you doing here?”

I have officially lost count of how many times I have been asked those series of quick questions during my three years at Quinnipiac. And I don’t blame people for asking either.

When taking a step back, it definitely sounds kind of strange for a 17-year-old to pack up and leave Los Angeles to experience — what is supposed to be the prime years of young adulthood — four years of college in Hamden, Connecticut.

I get that, but I can explain once and for all. Let’s start from the top.

I’m from the West Coast, but my Dad, a good Canadian boy, brainwashed me into loving hockey. I had a Toronto Maple Leafs jersey ready for me when I came out of the womb (whaddup, Mom).

I played youth hockey throughout my childhood and teenage years, but as soon as I realized I couldn’t play professionally — this revelation came at a sprite 12 years old — I wanted to become part of the sports media world.

At 16 years old, I was starting to narrow down where I wanted to pursue sports journalism and came across a college hockey team with bright yellow jerseys and a wild name playing on ESPN in the 2013 Frozen Four. That planted the seed.

A few months later, my high school’s college guidance counselor gave me a list of recommended schools to apply to. I spotted that weird-looking name and it intrigued me.

An opportunity to move across the country, live on the East Coast, have two of the largest sports media corporations in-state and maybe, just maybe I could work my way up within student media to cover the powerhouse of a men’s ice hockey team.

It took a couple of college tours and some courage to leave home, but by the middle of my senior year of high school, I was all in on Quinnipiac.

In Hamden, I didn’t go to my freshman year involvement fair. I heard about different student media organizations from a few orientation leaders, but it was flat-out intimidating.

As a quiet and nervous aspiring print sports journalist, I didn’t know how to separate myself from the pack within the heavy sports-oriented organization like QBSN or Q30 Sports. In order to get involved at all, it took a friend to drag me into The Chronicle meeting in mid-October. By the end of the meeting I was assigned to cover a game of women’s rugby over the weekend.

That was the start.

With each piece I wrote and graphic I created, I gained confidence in my abilities. Even if it was through The Chronicle, which was (and might still be) frankly the atypical sports group within student media, I wasn’t just doing, I was learning.

Through The Chronicle, I received an unbelievable foundation which I could build upon. I was able to get the hands-on experience necessary to improve in the field, but also received repetitive criticism that helped me grow into a real and ethical journalist.

The foundation of AP Style in writing and proper use of images within creating graphics became second nature to me by the end of my freshman year. I was able to consciously create without the pressure of not knowing how to do it correctly.

By my sophomore year, I accomplished my college goal of becoming a Quinnipiac men’s ice hockey beat writer and simultaneously became the one throwing out ideas at weekly staff meetings rather than being assigned.

Without even knowing it at the time, The Chronicle molded me into a more professional writer, provided connections through experience and forced me to break out of my shell.

At this time last year, I became the Sports Editor of The Chronicle and if you asked freshman Justin, it was a role I never saw myself taking on, especially in that short amount of time. I never thought I’d be well-versed enough in newspaper jargon, personable enough to delegate work to staff writers or let alone have any kind of influential say in this organization.

My comfort zone no longer existed and that carried over into becoming the Web Director of the newspaper in the middle of this year.

OK, if you’ve made it this far, shouts to you. Here is the point to all of this background information.

I was just a communications major with a desire to do something big, but never had the courage to actually go out there and do it. Joining a relatively low-key sports organization within student media like The Chronicle wasn’t my ideal plan.

As an underclassman, it was tough to be the only reporter representing a student media organization when the more prominent sports organizations had two, three and sometimes six or seven kids covering a game.

The benefit I didn’t know I had at the time, was that others were doing the same things I was, just with a more defined label attached to them. The ability to stick with a more esoteric group provided me with more opportunities.

And this isn’t a knock on any of the other student media organizations at Quinnipiac, we all work hard and do what we can to succeed in our own ways.

I just wouldn’t trade my decision of breaking the norm by coming to the oh-so foreign land of Connecticut, working for a comparatively smaller student media organization and accomplishing more than I could have imagined in my three years, for virtually anything.

The Chronicle sent me down an unbelievable path. Now it’s time to utilize everything I learned and continue to go against the grain in my next phase of sports media.