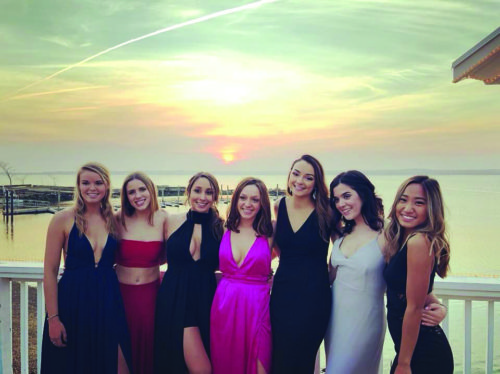 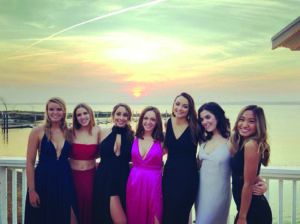 [/media-credit]Most students during the spring semester are waiting for the snow, rain and fog to clear out of Hamden. The bright spring days can’t come soon enough. However, for members of Greek Life, they have been waiting for something else for much longer.

Formal season has dawned upon Quinnipiac, as this annual event takes place during the weeks of late March into late April. Girls head to Tommy’s to get their discounted spray tans while the guys have it easy until the day of.

But much more goes into planning these formals than meets the eye, and the outcome has a very special meaning to all those involved.

“Since last semester we have been thinking of formal,” Murphy said. “It is such a fun event and definitely needs a lot of planning to be a success. You have to be ahead of the game with many organizations on campus looking to hold their formals around the same time. Our social chairs always do a great job so I have no doubt in my mind [our formal] will be great.”

“Planning a formal takes most of a semester starting from when we get into our positions all the way to [formal],” Garcia said. “My risk chair, and two formal chairs have been planning this for three months.”

Every Greek organization has one risk monitor, usually on the organization’s executive board, and one sober monitor per 13 people in attendance at the formal.

Some popular destinations this year for formals have been Amarante’s Sea Cliff , Anthony’s Ocean View and Cascade— all local venues for weddings, parties and events.

A sales associate at Amarante’s Sea Cliff explained more about the process of reserving a formal.

“It depends on the package, pricing varies during the process,” she said. “We usually schedule formals as a dinner buffet and open bar. But pricing can range anywhere from $39.95-$69.95 per person if it includes the open bar.”

President of Beta Theta Pi fraternity, James Burnham explains that there are specifics when choosing these venues.

“It must meet many requirements beyond just the location and food,” Burnham said. “It must also have the correct insurance, capacity and other things you would not think of.”

This year, pictures for the event were scattered throughout Mount Carmel campus and the York Hill campus. The steps of the Arnold Bernhard Library have always been a classic picture-taking spot along with Rocky Top Student Center for its amazing views. But, for the sororities and fraternities who didn’t reserve a spot early enough, they had to use the less frequented picture spots like the College of Arts and Sciences Lawn and the Mountainview Courtyard.

Although formal is a time to have fun with your sisters or brothers, there is a limit to how much fun you can have. There are often cash bars at the venues for those 21 and up, but that does not mean that you cannot let your actions get out of hand.

There is a severe consequence if someone at the formal is too intoxicated. Some of these include being sent directly to the Health Center on the Mount Carmel campus for an evaluation.

“If someone needs to be sent home from formal for whatever reason, they are sent home with a sober monitor and are taken to the Health Center as a precaution,” Murphy said.

Guests can even be sent home by a cop car or ambulance, according to the Quinnipiac regulations. Another method of transportation if you need to be sent home is to Uber back to the dorms. But, the person and their date must leave with a sober monitor and pay for both the Uber that goes to the dorm, and another for the sober monitor to go back to the venue. And with these venues being around 20 minutes away, those trips will add up.

The sales associate at Amarante’s Sea Cliff spoke about how the venue itself has certain protocols in a contract that all Greek life must agree to before the day of the formal.

“We have our contract which has all of our policies and rules on the back, there’s a lot,” she said. “It’s a normal contract that is used by any business. We have a security officer and advisors, and we require guests to be wristbanded if they’re over 21.”

Luckily enough, not many people have been escorted out of their formals, and many formals continue wihout incident.

“The best part of formal is being with all of your brothers, dressed up for a nice occasion, and celebrating all of our year’s success we have accomplished together like our philanthropy events and just building a strong relationship with the organization,” Burnham said.

Comradery seems to be the overwhelming theme for all the formals, which exhibits how close-knit and inseparable the bond between Greek life can be.

“I think everyone is really excited for the event, and being together with everyone,” Murphy said. “For the seniors, it’s really special for them because it’s their last [formal].”