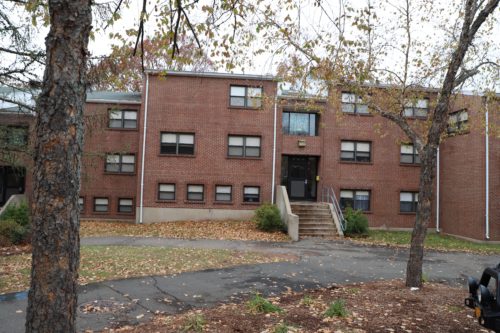 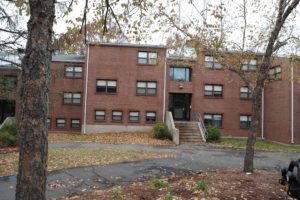 [/media-credit]Some residence halls at the university have reportedly been overrun with bugs for the past few weeks. Several students have commented on this incident, like sophomore public relations major Charlotte Garguilo.

Garguilo said she’s never personally experienced any insects while living in her residence hall on York Hill, but she been told of stories that her friends have dealt with regarding this issue, specifically within the Bakke residence hall on the Mount Carmel Campus.

“I know my friends in Bakke [told me that] there was a dune bug [in their dorm]. I think they’ve been killing them, a few of them,” Garguilo said. “They would wait for their friends to come back and kill it for them.”

Garguilo also mentioned that she’s seen similar insects roaming around the academic buildings, but is unsure of whether that situation is connected to the issues in the residence halls.

“I’ve noticed on the bottom of the window ceiling, as you could say, that there was a beetle. It was kind of like a dune bug,” Garguilo said. “I thought it was odd. I don’t know if there’s a lot of those or there’s just one of those things where it’s [because of] the weather.”

“The majority of them are in the bathroom but I’ve found them in my bed, my closet, and most recently, in my water bottle.,” LaPierre said. “Every time I go into the bathroom or in the shower, I kill four or five carpenter ants.”

LaPierre’s roommate, sophomore psychology major Melissa Tufts said that she started noticing a few large ants in the dorm since the beginning of March and it would be easy for her to remove them from the dorm. Yet, as time went on more insects began to appear to the point where it’s been difficult to remove them all.

“I would just see one or two and I’d kill them but now they are everywhere,” Tufts said. “My direct roommate hates them and she’s seen them crawling on her bed, which freaked her out. The past two weeks I haven’t been showering in my own dorm because I feel grossed out.”

Tufts said she called the facilities’ office for a work order on April 9, and facilities arrived a day later to help remove the insects. However, their efforts provided little assistance to the situation.

“[Facilities] came and put traps, but it only helped lower the amount. More and more ants have been showing up in my bedroom where there is no opened food,” Tufts said. “I will probably be making another work order for the room.”

The university facilities was the only form of extermination that visited the dorm that day, according to LaPierre.

“They sprayed the corners of the bathrooms and put down a few ant bait traps but those haven’t been doing anything,” LaPierre said. “The ants are still crawling through the ceiling tiles and into the bathroom, the shower, and our rooms.”

The Office of Facilities and Residential Life were unable to comment about the situation.