A night to speak up 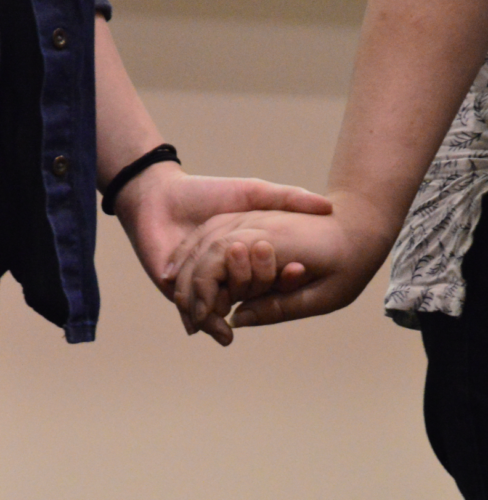 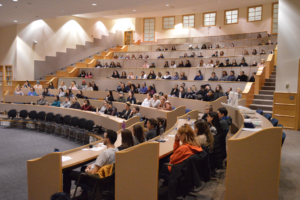 [/media-credit]Take Back the Night, the annual event hosted by Women in Support of Humanity (WISH), was held on Monday, April 9 to give students an opportunity to be able to have a space to heal in a caring environment.

WISH actively fights against the mistreatment and sexual assault of women through advocating equality between genders.

Speakers from the organization Jane Doe No More began the open-mic style event in which students have the opportunity to openly share their own experiences. This organization is dedicated to educating people about sexual assault of all ages. Jane Doe No More got its name after a victim refused to be referred to as “Jane Doe” as many sexual assault victims are referred to as in the legal system. The speakers from the organization at Take Back the Night want to reassure students that they aren’t alone.

“We want students to be able to openly talk about what they went through which is why we make it so the event goes on as long as people want to speak and until no more people take the stage,” WISH President Ian Zeitlin said.

WISH’s goal in encouraging women to speak up against sexual abuse is to provide them with a safe community and space to express what they went through.

“The goal of the event is to provide a space for survivors to come and see that there is a community on campus for something that is so often pushed into silence,” Zeitlin said. “It is an opportunity for their voices to be heard so that they feel they matter as well as there being people that care and support to fight against sexual assault which is such a huge issue in our country and across the world.”

Sexual assault counselors attended the event to help ease students about coming forward with their sexual assault stories. WISH recognizes that it can be highly traumatic for women to openly talk about what they went through in a crowd of people they may not know.

“All of the brave people that did speak were very inspirational, but one of the biggest impacts for me is seeing all the girls and boys who came and didn’t have to speak,” Katie Flynn said. “They were just here to support us, the people who needed to speak. That settled even deeper than the stories themselves which were so brave. Knowing that people want to hear your story is more impactful than hearing other people’s’ stories.”

The silence and patience between each speaker lead to more and more people having the courage to share their stories at the podium. Each silence was met with a voice.

“What is really important that we sit in the silence if no one is going up to the microphone to really let people know that the space is there to take no matter how much or how little they want to take of it,” Zeitlin said.” I think what is really great about giving that space of silence is that it gives any survivor who wants to share their stories complete agency and control over it.”

A brave student speaker expressed the feeling of freedom and peace after sharing her personal experience of domestic violence and sexual assault with the crowd of other survivors.

“I feel like I let go of something that I’ve been holding onto for a really long time,” Another participant said. “It’s not gone, but its nice to have the weight spread out and now I feel like I can let more in as it has been released and I can move on.”

Both speakers from Jane Doe No More and students who participated, said they were surprised at how many accused perpetrators still walk around campus. Take Back the Night served in spreading awareness of assaults while providing vistoms with the courage to fight back in whichever way they choose to.

Zeitlin is dedicated to spreading this awareness on campus. He advocates for women’s rights and the equality of human beings in general. As president of WISH, he is able to work against problems in our society such as sexual assault, sexism, and racism.

“I’m really passionate about the equality in general, and it makes no sense to me to be living in a society so entrenched in structural sexism and racism,” Zeitlin said. “I really have had plans since my senior year in high school to make my life about working against these issues.”

Zeitlin believes it is vital for men to actively participate in combating societal stereotypes of feminism. He tries to spread the message that men can partake in fighting for equality and against the mistreatment of women.

“I think it is just as important for men to be a part of feminist movements because when it comes down to it, we are 50 percent of the population,” Zeitlin said. “If we don’t take part in working to get rid of our privilege as men, it makes it a lot harder for it to happen on its own. I think in general, feminism is working towards equality of the sexes and men should want that just as much as women.”

Zeitlin discussed what must be done in order to initiate a change in our society.

“In order to address a problem, you must first talk about it,” Zeitlin said. “I think for a lot of people this is a potential first step in becoming more involved in actively fighting against an ongoing problem in our society.”

If you or anyone you know may be a victim of sexual violence, the Women’s and Family Center has a 24-hour hotline that can be reached by (888)-999-5545. The National Sexual Assault Telephone Hotline can be reached by calling (800).656.HOPE (4673) which will connect you with a trained staff member from a sexual assault service provider in your area who will ensure confidentiality.