Quinnipiac softball sweeps doubleheader with Canisius, improves to 3-1 in the MAAC 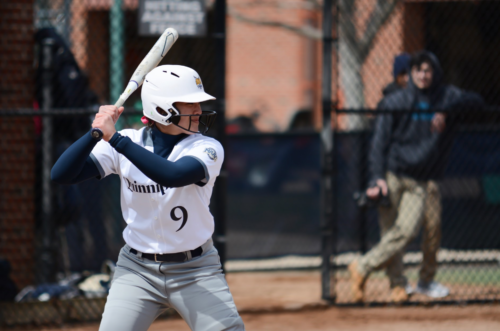 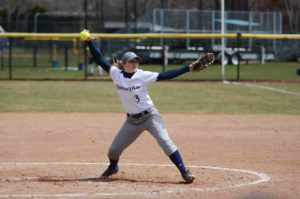 [/media-credit]On a chilly Saturday afternoon in Hamden, the Quinnipiac softball team swept Canisius College in a double header, 10-2 in the first game and 6-2 in the second game of this Metro Atlantic Athletic Conference (MAAC) series.

“Two great wins,” Quinnipiac head coach Jill Karwoski said. “Today was what we’ve been working towards — consistency. We came in with really one goal and that’s to be confident. They did that from the first pitch of the first game with Casey [Herzog] on the mound and then Kendall [Brundrett]. We had some momentum from Thursday’s game against Sacred Heart so we rolled that into today.”

Leading the way for the Bobcats (14-17, 3-1 MAAC) today both on the mound and at the plate was senior pitcher and outfielder Casey Herzog. She finished the day winning the first game, pitching a complete game with three strikeouts. At the plate, she went 3-for-5 with a home run, two runs batted in (RBIs), three runs scored and two walks.

“Casey’s the player that’s going to carry the team on her back,” Karwoski said. “When she has the opportunity to help herself out, she’s going to do it. You saw that today, she poked one out so you know she’s feeling good. She’s big for our team in terms of momentum and confidence.”

Another Bobcat who made her mark on the day was junior infielder Rebecca Drake. She finished the afternoon going 3-for-5 as well with five RBIs and three runs scored. 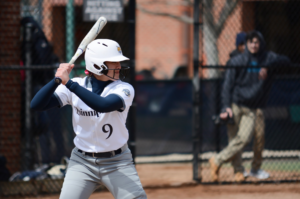 [/media-credit]“I was struggling coming into this game,” Drake said, “But my mindset was just keep it clear, keep it simple, keep it calm and hit the ball hard.”

The Golden Griffins (3-24, 0-2 MAAC) grabbed an early lead in the second game of the double header, but saw it evaporate in the bottom of the third. It was the only lead they held on the day. The Bobcats taking back hold of the lead and the game could be attributed to their ability to adjust mid-game.

Looking forward, the Bobcats won’t have to wait long before they return to the field. They play host to Niagara University on Sunday, April 8 in Hamden in some more MAAC action and another doubleheader.

“I love to see everyone out there, just team effort all the way around,” Herzog said. “Kendall [Brundrett] had a great day today and if we can keep that up that’s a great way to take MAAC game sweeps.”