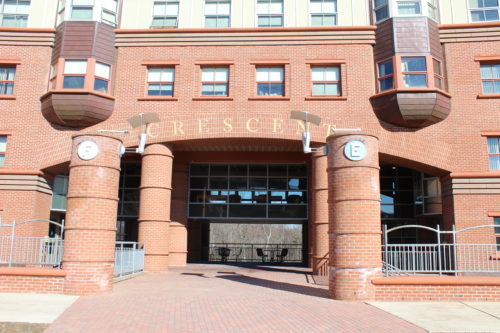 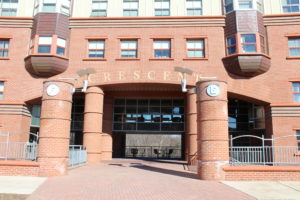 [/media-credit]Health and safety inspections are a common protocol held within every campus-based residence hall at the university as a means to assure the protection of students and remove any prohibited items that violate the university policy.

While inspections are a normal procedure for students, this year if the dormitories are not found to be “roommate ready” students could find themselves paying a fine or face disciplinary action. Over the next few weeks, and over the spring break, RAs will be re-checking rooms to make sure they are roommate ready.

Students living on the York Hill campus with an empty dorm or bed in their suite received an email and have been advised that they cannot occupy both sides of the room.

“If your beds are pushed together, they must be separated immediately. More RAs will be coming through to follow up over the next week,” the email stated.

For a space to be considered “roommate ready” there must be equal space given to both sides of the dorm and no belongings should be on or under the empty bed, dresser or desk, according to the email. Anything less violates university policy.

The purpose of enforcing students to follow this rule is to be prepared if anyone else will need the open space at any time, according to Director of Residential Life Mark DeVilbiss.

“Students who do not keep their room in a “roommate ready” condition may be subject to fines and/or disciplinary action,” DeVilbiss said in a statement. “The purpose of this requirement is to facilitate a smooth room move process for students who wish to move into open spaces on campus.”

Junior media studies and public relations major Caroline Gottlieb said it is unjust for students to be fined for arranging their own dorms however they like.

Junior international business and computer information systems major Geraldine Genuino said that she too finds it unfair for a student to be fined for using the furniture for themselves if they are the only student residing in the room at the time.

“I would be upset. I would definitely put my beds together and I would be using both of the closests,” Genuino said, “Why are you fining me these resources?”

Another student who finds issue with students facing consequences for the arrangement of their dorms is junior film major Nick LeBlanc.

“I think if you’re currently living alone you should be able to put the beds any which way you want. I think if someone is going to move in, give them a few days or a couple of days notice so they can just move it back,” LeBlanc said.

LeBlanc said that although there might be an issue with rearranging the furniture in the dorms, it doesn’t need to resort to fines or disciplinary action.

“I guess maybe there’s an issue that I can’t think of that they have thought of, but that doesn’t seem to be something that they need to fine people about,” LeBlanc said. “As long as you don’t hurt any of the bedding or wardrobe then I don’t see that as a problem. For them to try to get more money [out of this], I think it’s a little over the top.”