Reign of the ‘Panther’ 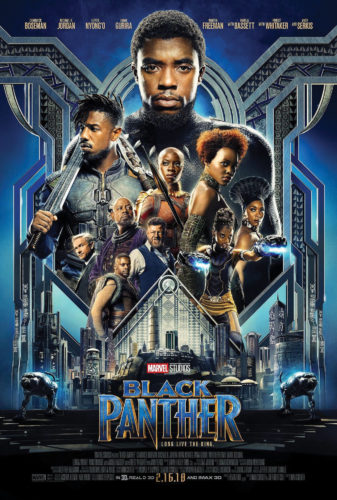 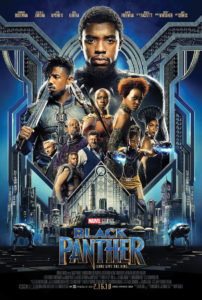 The film’s first five days in theaters were met with a record-setting $263.1 million in the box-office in U.S. theaters. This falls second for most most money made in that time period to “Star Wars: The Force Awakens” at $325.4 million, according to Variety Magazine.

This comic book adaptation, which cost about $200 million to produce, is the most expensive movie made with a nearly all-black cast and crew. Director Ryan Coogler exceeded fans expectations by delivering a film that fulfills the demands of a superhero movie while instilling groundbreaking subtext.

The movie was met with positive remarks from critics. It currently has a 97 percent rating on Rotten Tomatoes, putting “Black Panther” in the lead for best ranking on the site for any Marvel movie.

The audience first caught a look of the newest Marvel character to shine on the big screen when T’Challa (Black Panther) appeared in “Captain America: Civil War,” in which the Avenger characters battled each other. With director Coogler (“Creed”) co-writing the script with Joe Robert Cole, this chapter in the Marvel franchise has moviegoers and critics alike talking.

The movie begins with T’Challa, portayed by Chadwick Boseman, being crowned king of the mysterious country of Wakanda after his father is killed while giving a speech at the United Nations. The conflict begins when a piece of the precious material that fuels Wakanda’s power is stolen from its keepsake in a British museum. T’Challa is entrusted to hunt down an evil merchant named Ulysses Klaue (Andy Serkis) who has stolen the artifact made of the precious material.

T’Challa is then equipped with a panther-like mask, adhesive footing and a power suit that can absorb any damage done to him. This is all invented by T’Challa’s tech-savvy sister, Shuri (Letitia Wright). T’Challa travels to South Korea on his mission with his team consisting of General Okoye (Danai Gurira) and Nakia (Lupita Nyong’o), an accomplished spy who happens to be T’Challa’s ex-girlfriend. Later, Erik Killmonger is revealed as the true nemesis of the Black Panther. The film brings the audience on an action-packed ride where the outcome of their mission puts the fate of their kingdom’s future at risk.

Once the plot and characters are set in place, the storyline weaves its way through various continents, displaying the tension between territories, a bit of romance and some comedic scenes. What makes this Marvel movie stand out from the rest is how “Black Panther” is injected with an insightful message rather than just showcasing a mere tale of a superhero. The film addresses themes on the dark history of colonialism, the black American experience and the lack of political and social solidarity within the continent of Africa. The film has sparked academic panel discussions and screening parties due to its almost entirely black cast and the subtext that it entails.

After “Black Panther,” Marvel Studios will release “Avengers: Infinity War,” “Ant-Man and the Wasp” and “Captain Marvel.” Although two of these films feature a female hero and have a diverse cast, none of them have people of color in center roles. About 30 percent of speaking roles in films were given to people of color, according to a 2017 study by the USC Annenberg School for Communication and Journalism. Jamil Smith, a journalist for TIME Magazine, believes that “Black Panther” is entering into the cultural consciousness at a significant moment in time.

The movie also features diversity in the way each character is styled. The actors are dressed by costume designer Ruth Carter, who was inspired by several African tribes. During a panel hosted by the website Collider, Carter shared that her goal was give a sense of reality to give dynamic to the cultures and characters of Wakanda.

Camille Friend, the head of the hair department on set, felt similarly about styling. Friend specifically wanted every actor to wear their natural hair proudly. Braids, twists, wigs and locs were all featured in the film.

“I don’t think black hair has ever been seen in a movie like this,” Friend said in an interview with The Cut. “It was an honor to do it and to have an open form to design and take hairstyling to the next level.”

The film’s representation caught the attention of former First Lady Michelle Obama. Obama was compelled to tweet about the film, despite her recent decrease in presence on social media.

“Congrats to the entire #blackpanther team! Because of you, young people will finally see superheroes that look like them on the big screen,” she tweeted. “wI loved this movie and I know it will inspire people of all backgrounds to dig deep and find the courage to be heroes of their own stories.”

Overall, it takes an understanding of black history and social consciousness to make one of the most anticipated films of the year a success. So now that the secret of Wakanda has been revealed, one can hope that Hollywood will be motivated to produce more movies that are just as equally as empowering.