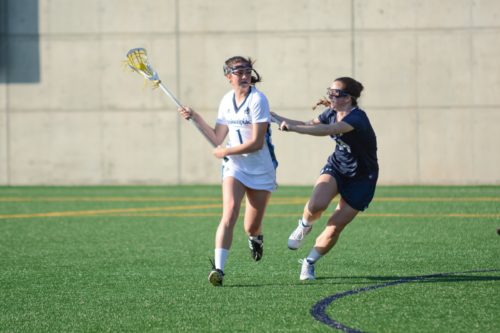 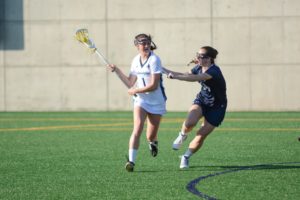 [/media-credit]The Quinnipiac women’s lacrosse team lost to Yale in its home-opener at the Quinnipiac Lacrosse Stadium on Wednesday by a final score of 13-8.

The Bobcats (0-2) jumped out to an early 2-0 lead, but five unanswered goals by the Bulldogs (2-0) had them playing catch-up for the remainder of the game.

“We focused, since our last game, on grit, and they definitely brought it today,” Quinnipiac head coach Tanya Kotowicz said. “We have a long way to go and I think they showed that they’re ready to make that progress that we’re looking for.”

This grit is something that comes with having a house of their own to defend after having to play all home games at Yale last season.

“It’s amazing having your own turf and making sure you protect your turf is really important,” Kotowicz said. “We talk about it every day.”

A big factor in today’s game was the free position. Zinsner tallied two of her goals off of a free position shot and one of Bobinski’s two were scored in similar fashion.

“Definitely the free positions this year with new rule changes are a huge area for us to capitalize on, so it’s something that we practice at the end of every practice,” Bobinski said. “I just wanted to put it into the back of the net for my team.”

Kuhn’s first goal of the game doubled as the first goal in for the team in their new stadium. According to Kotowicz, there’s more to come. 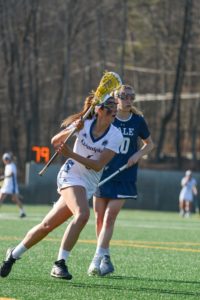 [/media-credit]Despite all of the goals, the Bobcats fell victim to several shot clock violations throughout the course of the game.

“It was really hard to find the open lane with some very aggressive play,” Kuhn said. “So going to get back out at practice and try to show that aggression that was shown today.”

The Bobcats have not held a winning record since the 2012 season, but just two games into the season the team remains optimistic about good things to come.