Every shade of beauty 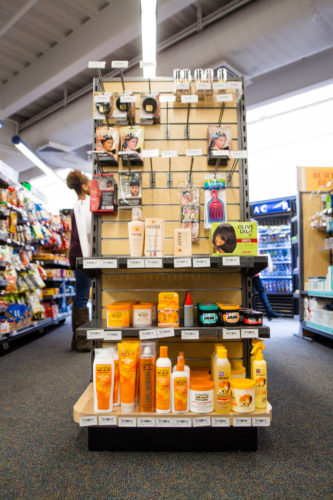 The university accepts an abundance of diverse students from all over the world who use a variety of beauty products to help them look their best during the day.

In order to lessen the hassle of students searching for these products at stores, the university has brought in a greater stock of cosmetics and hair care products to be directly available on campus.

The Quinnipiac University Bookstore on the Mount Carmel campus will be supplying beauty products that specifically cater to people of color, according to the official statement released by The Student Government Association (SGA) on Feb. 12. The new array of items will include a wider range of makeup shades, the CoverGirl Queen Collection, Cantu beauty products, Raw African Shea Butter and durags.

Genfi attended one of SGA’s meetings and explained that when American journalist and social activist Marc Lamont-Hill visited the university in March 2016, he asked if the bookstore carried cosmetics or hair care for people of color.

“[Genfi] wanted to turn the answer from a no to a yes,” Zeitlin said.

Genfi said that for most people of color on campus, they have to either go back home or go across town to buy their necessities and the school bookstore should be a way to avoid situations like that.

Zeitlin and Genfi went on to create a list of products to have inside the bookstore with some extra assistance from student organization, NaturallyMe.

Junior health science major and president of NaturallyMe, Janece Boone, said she’s recognized the issues behind students of color having limited options at the university.

The challenges with buying cosmetics from far away concerned students and Operations Manager of the Quinnipiac University Bookstore, Latiara Love.

“I didn’t really realize that it was that big an issue, so I’m glad that we can take care of that because I do want [students] to stop in and shop here. You don’t have to wait at the bus stop,” Love said.

Store Manager Cheryl Cartier said that it was not too difficult to proceed with replenishing the store with more cosmetics and hair care.

“Because we have such a large volume of stores across the country from the east coast to the west coast, Canada, down to the south, we do have a wide range of products that we can offer the schools, and so we were really lucky that we already had this program,” Cartier said. “So all it took was a student from Quinnipiac to say, ‘Can we have this here at the store?’ and we were able to provide them with a whole group of products.”

After hearing that the initiative was approved to have more diverse beauty products, Genfi said that students were ecstatic.

“One girl actually hugged [Zeitlin and I] because she was in complete shock that the school would be selling these kinds of products now,” Genfi said.