Will ‘Showman’ be the Greatest on Broadway? 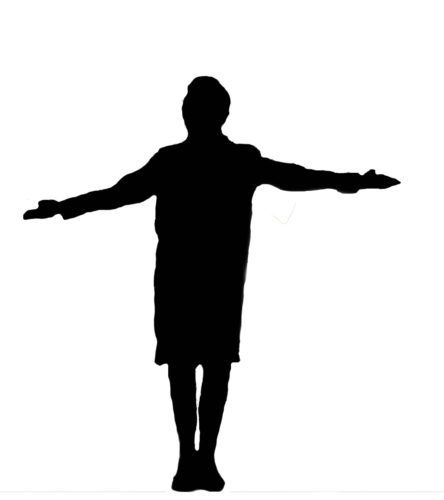 “When I was pitching the film, the great thing about doing a musical film is you have this amazing piece that could then go straight to Broadway,” Gracey said to Entertainment Weekly. “Instead of CG [Computer Graphics] animals, you could do puppets like ‘War Horse’ or ‘The Lion King.’ I think that’s an incredibly appealing idea. It would depend on the success of the film but I do believe it would make an incredible stage production.”

“The Greatest Showman” follows P.T Barnum’s journey of creating the first version of a circus when he decided to recruit a group of people that the rest of society viewed as “misfits.” Outside of the main story of Barnum’s creation, the movie also consists of everything that is necessary for it to turn into a Broadway musical. It has romance, big musical numbers, emotion and even some trapeze acts.

“I would see [‘The Greatest Showman’] in a heartbeat,” freshman Sydney Davidovitch said. “I’m literally in love with the movie. I have the whole soundtrack on my Spotify and listen to the music everyday. Literally if it went to Broadway I think I would die and be so excited.”

Even though the film only raised about $8.8 million in the box office back in during its first week in December, according to “Dance Magazine,” and has gotten a mixture of reviews from critics, the movie has done well in other areas.

The music of the movie did extremely well. The song “This is Me” written by Benj Pasek and Justin Paul, “La La Land” and “Dear Evan Hansen” composers, won the Golden Globe for Best Original Song.

Keala Settle, who portrayed the Bearded Lady and sang the award-winning song, told Broadway World on Feb. 16 that she is willing to be in a Broadway adaptation as long as Hugh Jackman is involved.

“It’s a lot of work, but hey,  [Hugh Jackman] is number one on the call sheet so if he wants to do it then heck… are you kidding me? I’ll have to be,” Settle said.

The rest of the soundtrack was successful as well. Atlantic Records released the soundtrack two weeks before the movie premiered. By January, the soundtrack hit the top of the charts, not only in the U.S., but also in several other countries as well. It was the first film soundtrack to reach number 1 on the Billboard Top 200 since “Fifty Shades Darker,” which premiered last year, according to “Fan Fest.” It also made the Hot 100, which for Jackman was his first time getting on the list and Efron’s first time since 2009, when he made it for

“Can I have this Dance” from “High School Musical 3.”

To have a movie be able to even be considered to go on Broadway, it needed to have big musical numbers. “The Greatest Showman” did, with one of its most well known numbers being “Rewrite the Stars” sung as a duet by Efron (Phillip) and Zendaya (Anne).

‘Rewrite the Stars’ was incredibly challenging according to Gracey.

“You’d have this beautiful shot of Zendaya flying around Zac and Zac’s in the foreground and it’s just perfect,” he said. “And just as she’s about to sing the line that you need in that moment, the rope twists and her whole body moves and that line you want, she’s facing away from camera! It’s things like that you’re like, ‘Ughhh!’”

Not only was the song beautiful, so was the physicality of the musical number. In the movie, there was a lot of trapeze skills involved for this particular song, making it something that could look amazing on a stage.

“Also a lot of the jumping and swinging and the two of them coming together, there are so many takes of that being so awkward and so clunky as they don’t quite swing past each other, they just slam into each other,” Gracey said. “All of a sudden what’s meant to be balletic and slow and wonderful effortless feel, all of a sudden becomes incredibly brutal and violent as these bodies go slamming into each other.”

Even though “The Greatest Showman” had a rocky beginning within the box office, the film ended up grossing more than $259.5 million.

“It’s a great shot in the arm,” Snider said to The Hollywood Reporter. “We originally hoped to top out at $110 million in North America. Then, based on the opening, it looked like we wouldn’t come close to that.”

“The Greatest Showman” attracted a wide variety of an audience, more than half of which was composed of females. Many younger girls have fallen in love with the movie’s message of being independent and proud of who you are.

“There are girl groups all over the world doing ‘This Is Me’ dance routines,” Snider said to The Hollywood Reporter. “The song has become a symbol of independence.”

With this film urging audiences to stand up for inclusion and independence, it is a possibility that this movie-musical can end up joining the Great White Way.