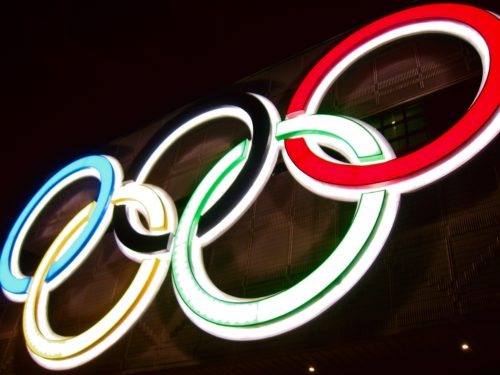 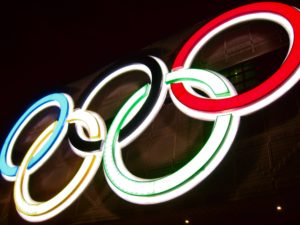 [/media-credit]The first weeks at the 2018 Pyeongchang Winter Olympics have been full of surprises. Athletes made history despite the icy conditions delaying the competition and this is only the beginning of the 102 events, the most in Olympic history, planned for the coming days.

As of Feb. 20, Norway is in the lead for the most medals, with 29. Germany follows behind with 23. Canada is in third with 19 medals. The Netherlands is in fourth place with 14 medals and France is in fifth with 13 medals.

Snowboarder Red Gerard won the United States its first gold medal in the slopestyle event on Feb. 10. Gerard won the medal after oversleeping the day of the event, just barely making it to the competition. He is also 17 years old, making him the youngest American to ever win a medal in snowboarding.

A familiar Winter Olympics athlete Shaun White returned to the Games on Feb. 14, winning gold in the halfpipe snowboarding competition. White was last seen finishing fourth in the halfpipe in the 2014 Olympic Games, where he suffered a steep fall resulting to him getting 62 stitches. Despite White, 31, being significantly older than his competitors, he proved he has what it takes to finish on top. This is White’s third gold medal of his career and the U.S.’s 100th gold medal for the Winter Olympics historically. White revealed that he has his eyes set on the 2020 Summer Olympics, as a skateboarder, according to his interview with The Washington Post after the competition.

White has also been under fire for his answer to a question asked about a sexual harassment lawsuit filed by Lena Sawaideh, the former drummer of his electronic rock band, Bad Things. Matt Gutman, a reporter from ABC News, asked him about his concerns with the case during White’s celebration interview. White wasn’t interested in discussing the topic.

“You know, honestly, I’m here to talk about the Olympics not, you know, gossip.” White said.

American Alpine ski racer Lindsey Vonn suffered a heartbreaking loss on Feb. 16 after an uncharacteristic mistake made during the super-G event. Vonn performed well throughout the race with the exception of one late turn. This mistake proved to be costly after Vonn tied for sixth place in the race. In Vonn’s interview after the competition, she expressed her feelings of frustration.

“I gave it everything I had, I left it all on the hill, which I knew I would,” Vonn said. “Just made one mistake. And that cost me a medal.”

Vonn missed the 2014 Olympic games due to an injury, which set her goal to winning two individual medals in 2018. While this was one of the biggest upsets of the Olympics so far, it proved to be one of the biggest surprises when Czech skier Ester Ledecka won gold in the same competition.

British speed skater Elise Christie went to the hospital on Feb. 17 after a dramatic crash during the women’s 1,500m short-track speed skating semi-finals. Christie was attempting to overtake Chinese speed skater Li Jinyu, nudging her in the process. This lead to Jinyu falling and Christie slamming into the crash boards. Christie didn’t suffer any broken bones but Jinyu’s blade made contact with Christie’s body. Christie was disqualified from the competition while Jinyu took silver.

Meanwhile, a new team has emerged. The team Olympic Athletes from Russia (OAR) is taking the place of its home country. This is the result of a ban after World Anti-Doping Agency accused Russia of being non-compliant with the anti-drug standards, allowing their athletes to use performance-enhancing drugs.

The Olympic Committee granted some of the country’s athletes who remained clean with “special dispensation” to compete. In order to compete, these athletes cannot represent Russia’s flag or colors and are permitted to only wear neutral colored clothing. The OAR athletes won three silver medals and eight bronze medals as of Feb. 20.

North Korea is making their presence known by sending 22 athletes and hundreds of cheerleaders to support them. According to Suki Kim, an undercover writer in North Korea, these cheerleaders are actually college students sent by their government to essentially “look pretty” while representing their country. Most North Korean citizens don’t have the ability to watch the Olympics in their homes because the state-run television hasn’t broadcasted any footage of the games to its people, according to an article by Business Insider.

The 2018 Winter Olympic Games have proven to be exciting, but they aren’t over yet. Medals are still waiting to be won. The last day for the games is Feb. 25 and the Closing Ceremony will air on NBC at 8 p.m. the same day.